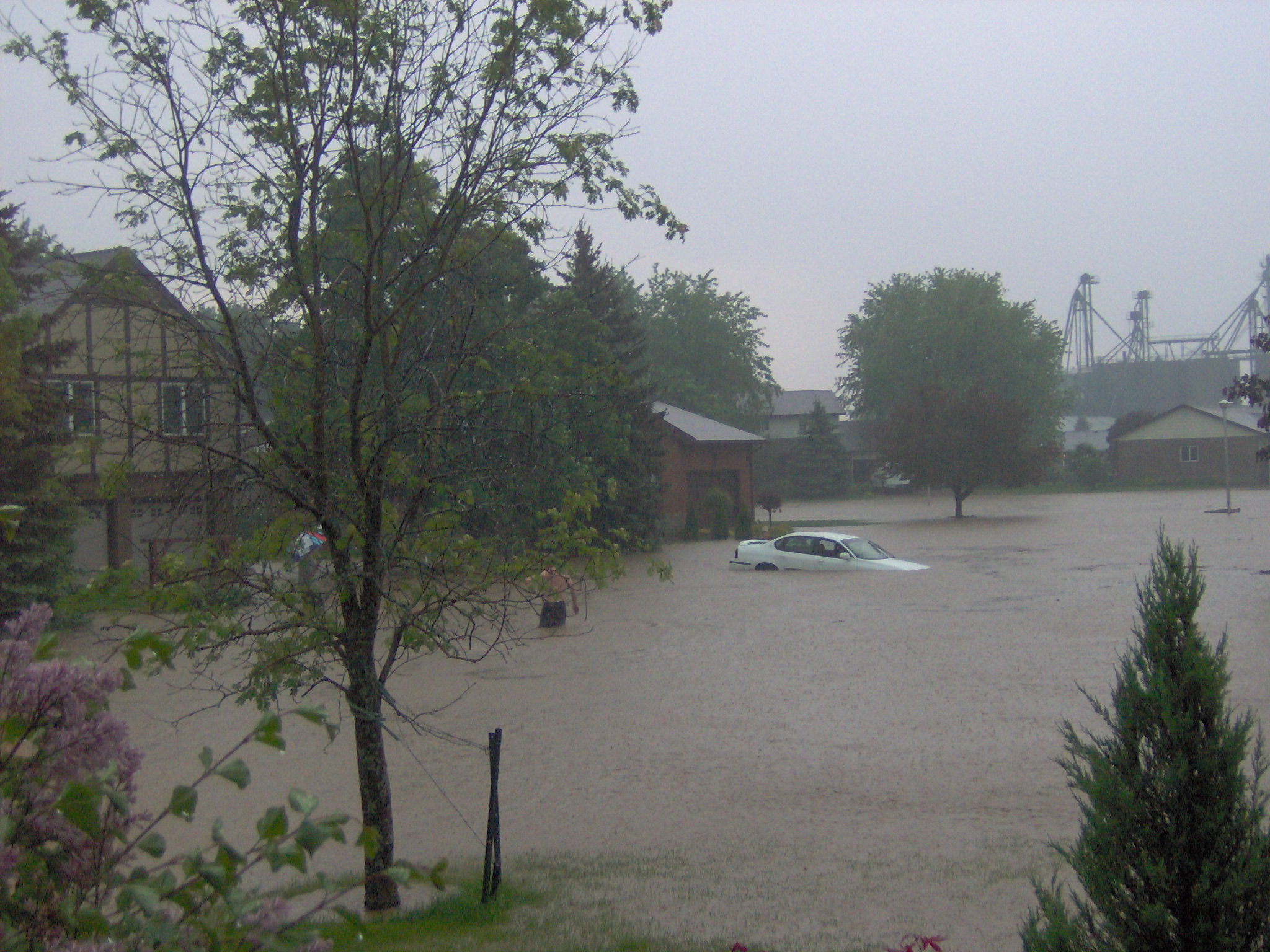 Extreme storm events are appearing in the media with growing regularity. The reality is that many buildings and their supporting infrastructure are not designed to withstand such events without sustaining damage. After four such extreme rainfall events in Tavistock, Ontario, residents took action alongside East Zorra-Tavistock Township and Oxford County to flood-proof their homes and implement infrastructure upgrades.

In the past 25 years, there have been four extreme storm events causing extensive flooding damage in Tavistock: the first in 1992, then 2002, 2005, and 2006. Rainfall data for these events is not readily available, but the 2005 data captured by the Upper Thames River Conservation Authority calculated it to be a one-in-250-year storm. Property damage was extensive and there were more than 120 insurance claims filed for basement flooding for each event.

Hard lessons
After the 1992 storm, certain infrastructure upgrades were undertaken. The likelihood of such as recurrence was not considered to be high. However, after the 2002 storm struck, the county and township laid plans to work together to address the necessary changes—and there were many. There was a need to prevent storm and sanitary sewer surcharging, disconnect gravity connections from basements to storm sewers, and manage drainage flows from agricultural lands adjacent to the urban area. Problems identified included a lack of overland flow routes and lot-grading issues. The township started a master drainage plan, and the county reviewed the sanitary sewer hydraulic grade line issues. But none of the infrastructure upgrades were implemented before the 2005 storm hit.

As one could imagine, the public’s response was not positive. There were lawsuits from insurance companies representing landowners for the first three storms and all three settled out of court. The public unrest after the 2005 event was high, prompting an immediate response.

As a first step, the township and county pooled resources to hire an engineering consultant to provide residents with recommendations on how to flood-proof their properties. A flood prevention working group, composed of residents, township and county staff, and politicians, was formed to discuss the issues and progress toward solutions. Infrastructure upgrades were kicked into high gear, including public consultation under the Municipal Class Environmental Assessment process.

In terms of the investment made, the cost of the consultant was $36,000; the township and county split the cost of a plumbing disconnect program totalling $52,000. The township invested $2.2 million in drainage system upgrades, including one major pipe system and two stormwater ponds. The county also installed a third sewage pumping station to divert flows from the two existing stations and reconstructed small areas of the sewage collection system, which cost $3 million. The total cost for the project was $5.2 million, putting the cost per property around $5,000.

Nature’s test
On the evening of May 31, 2006, when the flood prevention working group was set to meet at the Tavistock Arena, a storm rolled in at about 6 p.m. It was a very intense storm, with residents reporting up to 175 millimetres of rain. All properties that had implemented the flood-proofing measures of the consultant avoided basement flooding, and there were no insurance lawsuits as a result of this storm.

While the costs for infrastructure renewal related to climate change can look unmanageable, municipalities must take a long-view approach, which considers the costs and benefits—ideally, before the storm hits.

Robert Walton is the director of public works for Oxford County. Tavistock is located at the north end of Oxford County, Ontario, at the headwaters of the Thames River.