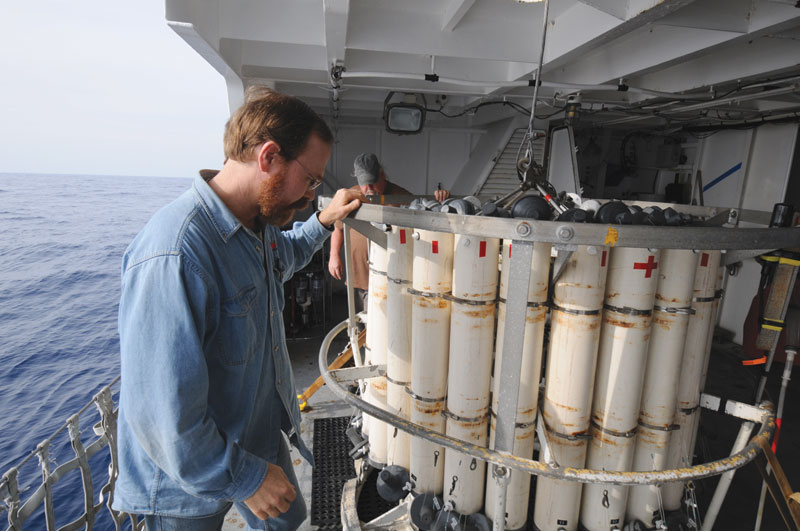 In March 2011, a powerful earthquake triggered a tsunami that crippled the Fukushima Daiichi Nuclear Power Plant in northeastern Japan. More than 15,000 people died as a result of the 9.0-magnitude quake and 14-metre-high tidal wave. And although these fatalities haven’t been directly linked to radiation released when three of the plant’s six reactors had their cooling systems flooded, the World Health Organization and other agencies are predicting increased long-term risks for leukemia, thyroid malignancies, and other cancers in certain subsets of the population.

While thousands of evacuees have yet to return home and radioactive water continues to leak into the Pacific Ocean, the crisis has largely moved from an acute phase to one more chronic. Radiation levels, measured off the Fukushima coast immediately afterward at close to 50 million times their normal range, have diminished significantly though a regional fisheries ban remains in effect, and radioactive soil, damaged equipment, and other debris will require secure storage for generations. However, while the brunt of the disaster has been largely regional, scientists detected the leading edge of an identifiable radioactive plume of water less than 100 kilometres off the British Columbia and Washington state coastline in June 2013 and are forecasting it could reach the beaches sometime this year or next.

The plume, largely propelled by the powerful Kuroshio oceanic current, was not discovered by accident. Government scientists have plied the world’s seas for decades looking for radioactivity. John N. Smith, a researcher with Fisheries and Oceans Canada’s Bedford Institute of Oceanography, told Water Canada that modest amounts from natural sources and from nuclear weapons tests conducted in the 1950s and ’60s have helped them trace ocean currents. Based in Nova Scotia, Smith and his Bedford team had largely worked the Arctic and north Atlantic oceans. However, when a team from the Institute of Ocean Scientists, a Fisheries and Oceans laboratory in British Columbia, was embarking on a routine sampling mission to the north Pacific 1,500 kilometres west of Vancouver Island in June 2011, just three months after the disaster, its members were asked to bring back additional samples for special analysis. Scientists generally pinpoint the source of radiation by identifying individual compounds and then calculating their respective radioactive lifespans. No radiation from Fukushima was detected in those particular samples, but Smith said it was clear based on ocean currents that the first traces of radioactive “signals” from Fukushima could reasonably be expected to reach the North American west coast in fairly short order.

Indeed, by June 2013, Fisheries and Oceans researchers measured Cesium 134, one of several radioactive isotopes produced through nuclear fission, about 100 kilometres south of Victoria. “We saw the signal arrive on the continental shelf, but we haven’t yet seen it on the shore itself,” Smith said, adding that overall radiation levels from Fukushima recorded thus far consistently average roughly two becquerels per cubic metre, well below concentration levels in the order of thousands that governments consider acceptable in drinking water. (Becquerel measurements are based on the rate at which radioactivity decays.) “We’re now seeing the arrival of the Fukushima signal in Canadian territorial waters at levels maybe equivalent to, or slightly greater than, the fallout background from the nuclear weapons tests,” he said. “The levels are several orders of magnitude below any level that would be considered a threat to the environment or human health.”

Health Canada, which sets concentration safety standards for drinking water in Canada, turned down an interview request. However, media relations officer Sara Lauer pointed to data and a notice on the department’s website stating categorically that the damaged reactors do not pose a health risk to residents of British Columbia or the rest of Canada. Citing data from Fisheries and Oceans Canada, the International Atomic Energy Agency, and Japan’s Nuclear Regulation Authority, the notice stated that “radionucleide levels in the North Pacific resulting from the Fukushima Daiichi nuclear accident are so low that they are well below drinking water guidelines and are not of concern to public health.”

Fisheries and Oceans and Health Canada are not alone in Canada in measuring the plant failure’s impact on Canadian waters. Inland, Ontario’s Ministry of Labour tests on a routine basis for the province through its Radiation Protection Monitoring Service. Ministry spokesperson Bruce Skeaff said samples taken from 21 water treatment plants with airborne fallout in mind showed no measurable increases from those recorded prior to the meltdown. “Solid agreement was found when these results were compared with the results of similar sampling obtained by Health Canada,” Skeaff wrote in an email.

Thus far, government authorities have been reassuring. Still, might the plume’s full arrival significantly heighten radiation levels or impact west coast fisheries? Can people expect to be able to safely skinny dip at Vancouver’s Wreck Beach or kayak with killer whales in Johnstone Strait? Ken Buesseler, a scientist with the Massachusetts-based Woods Hole Oceanographic Institution who has monitored levels in Japan and along coastal North America, said radioactivity is always a human health concern, but he said he believes levels on this side of the Pacific are unlikely to pose any significant threat because radioactive compounds tend to dilute as they travel through water. “As the plume moves 5,000 miles across, it’s mixing with cleaner and deeper water,” Buesseler explained, expressing confidence that the plume might increase existing radioactivity in the water by two to 10 times when it peaks, but will still remain well within values governments consider safe.

“What I try and tell people is that we already live in a radioactive world and if cesium jumps five times that’s not of significant concern,” he said. “We should be diligent, we should be monitoring waters, fish and other things, but I don’t think we should be scared of going in the ocean or eating [North American west coast] seafood until there’s evidence—and I don’t think there will be—that the contamination is too high.”  WC