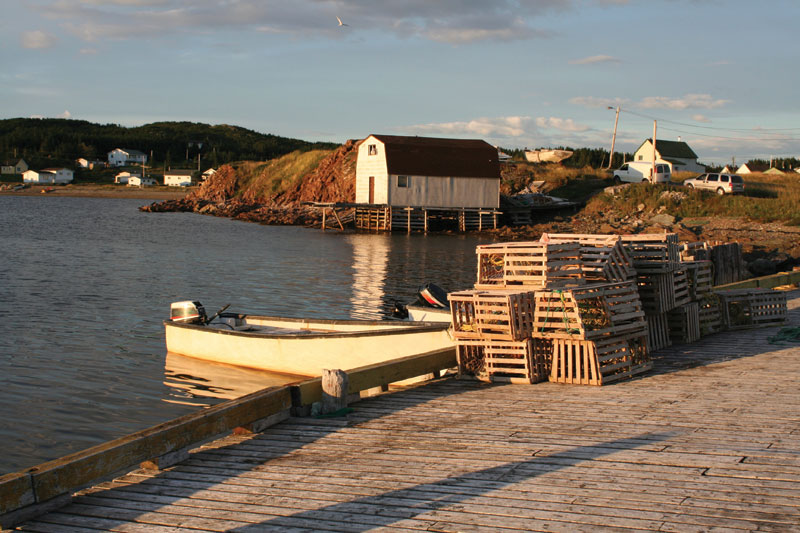 Rural communities, especially those with 1,000 residents or fewer, face a number of challenges when it comes to drinking water, including aging water infrastructure, limited budgets, long-term boil water advisories, and untrained water operators. These often lead to system maintenance problems and water contamination.

In Newfoundland and Labrador, these challenges are being addressed by a team of community-based government and academic researchers informally known as Rural Resilience. The group is committed to solving rural and regional development issues, and one of its key goals is to discover policy and governance solutions for sustainable drinking water systems in smaller municipalities and local service districts in Newfoundland and Labrador.

Since February 2013, the team has conducted its research, surveying smaller communities and speaking to residents, mayors, and councillors to determine their greatest drinking water-related problems and concerns.

“Often communities thought they had no issues with their water supply when data from the [provincial] Department of Environment and Conservation proved that 85 per cent of those communities actually did have issues in the past three years,” said Sarah Minnes, a PhD student who is the project co-ordinator and a researcher for the project.

Many small-town water operators do not know how to properly use new equipment, and since many towns only have one water operator, they are unable to allow operators to leave for training. And as a result of limited budgets, many municipalities often have unpaid volunteer water operators. Fortunately, Vodden said some communities are working together to hire an overseer that will visit each community to provide training.

But even with trained water operators, many rural communities in Newfoundland and Labrador must also deal with long-term boil water advisories. In summer 2014, there were boil water advisories in 250 communities—249 of which were communities with populations of 1,000 people or fewer. For some, these advisories have been in place for more than 20 years. Due to the longevity of this problem, Vodden said, “Not everyone takes those steps to boil their water.”

In an effort to ensure the drinking water of residents is actively monitored and this information is readily available, the province has a communication tool called the Drinking Water Quality Index (DWQI). Unfortunately, it offers no ratings or information for communities on a water advisory or those with high chemical concentrations. The team found that, rather than a community receiving a negative water quality rating, the apparent practice was to simply not rank the water at all. As a result, 72 per cent of community rankings made between 2009 and 2012 were not issued a meaningful DWQI score.

The research team believes filtration would help with organic chemical compounds, but small communities cannot afford such expensive systems. In provinces like Ontario, water filtration is mandatory, but in Newfoundland and Labrador, it is not. While the province recognizes filtration should be mandatory, the funding to provide filtration could pose a problem in requiring filtration through policy or regulation.

Vodden also said the province does not have a mechanism to monitor local watersheds, so regulation is turned over to cash-strapped municipalities. While there are a few independent watershed groups around the province, none of them receive any provincial funding—unlike other provinces.

Under the province’s Water Resources Act, section 39 requires municipalities to pay a $100 fee to become a protected public water supply area. Once a municipality is designated as such, it can create regulations about its water supply, but once the area becomes officially protected, the municipality is responsible for its care and protection.

In the meantime, the research team provides advice to Health Canada and other provincial agencies. “They are listening to us and our findings,” Vodden said, adding that she hopes Newfoundland and Labrador—and beyond—will be willing to consider the team’s findings and consider some of their recommendations.

She said the group has an upcoming presentation to talk to municipalities in other Atlantic provinces, and the team already did a comparison study between the water-related challenges in Kootenay, British Columbia and Kittiwake, Newfoundland and Labrador.

Woody Point was one of the researchers’ case study communities, answering the survey and taking part in the team’s regional workshop. Its mayor, Ken Thomas, said the biggest water-related problem facing his municipality of 300 people is the aging infrastructure, which is about 50 years old. “Unfortunately, the government waits until [an] emergency happens, then they fund it,” he said. “Prevention and maintenance are a lot less expensive than remedial assistance after a disaster.”

The town has applied to the provincial government’s capital works funding to repair its water infrastructure. If the proposal is accepted, the town will pay 10 per cent of the cost while the province will cover the remaining 90 per cent.

He said the province is now playing catch-up with the water infrastructure of rural municipalities to make up for the years when there was not enough funding to go around. “We have a lot of small delivery systems as opposed to large ones as you would see in larger cities. So, [the provincial government] [has] to Band-Aid their way through it and upgrade a certain amount every year or so.”  WC