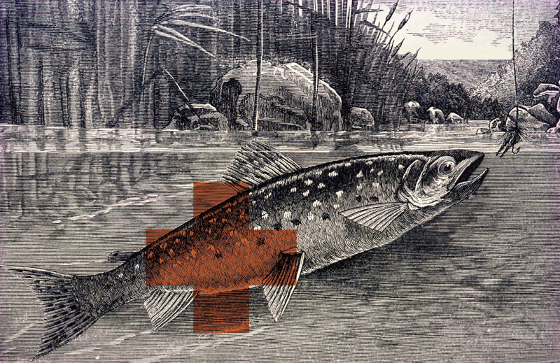 Once known as Canada’s ice fishing capital, Lake Simcoe is Ontario’s largest lake after the Great Lakes, boasting a surface area of approximately 744 square kilometres. But Lake Simcoe can no longer support natural breeding coldwater fish such as trout and whitefish.

The Province of Ontario has made a major commitment to protecting the lake. In December 2008, it passed the Lake Simcoe Protection Act. One aspect of the statute requires the province to develop a protection plan for the lake and address the excessive phosphorus problem.

In January 2009, the Ontario Ministry of the Environment (MOE) released a draft protection plan for Lake Simcoe, billed as the most comprehensive watershed-based legislated plan in Canada. The plan calls for developing a wide-ranging strategy for managing phosphorus by reducing the loading from 67 tonnes to 44 tonnes per year-a loading that scientists believe the lake can assimilate and that would encourage the return of a self-sustaining coldwater fish community.

The major sources of phosphorus into Lake Simcoe are from upland agriculture (25 per cent) and urban stormwater runoff (24 per cent). Holland Marsh, one of Canada’s largest vegetable producing areas, contributes four per cent of the annual phosphorus loading to Lake Simcoe. However, the fact that the marsh discharges from a single point provides a great opportunity to test products that can bind phosphorus and make it unavailable to plants.

The MOE and the Lake Simcoe Region Conservation Authority (LSRCA) are working on a $276,000 pilot project to evaluate a product that could help to reduce phosphorus from the Holland Marsh.

The phosphorus removal product being tested is called Phoslock. It was invented and developed in Australia by the Commonwealth Scientific & Industrial Research Organisation, Australia’s equivalent to Canada’s National Research Council.

Phoslock is made by combining clay called bentonite with an element called lanthanum. When mixed with water, it forms a semi-liquid, or slurry, which is then sprayed onto the surface of a water body. As the mixture sinks, it binds with the phosphorus in the water to form an insoluble compound that traps phosphorus particles in a fine layer of sediment at the bottom. In this form, phosphorus is no longer available as a nutrient to plants and algae.

Although this technology has been proven safe and effective in other jurisdictions throughout the world (Australia, New Zealand, the United States and Europe), the MOE and LSRCA are taking a cautionary approach in this first-time application of the product in Canada. Laboratory and field testing has been conducted to validate the effectiveness of the product in removing phosphorus from the water. The tests will also indicate if there are safety concerns for nearby agricultural activities.

The results from the laboratory and field tests will be made publicly available in the spring. Evidence from tests around the world indicates the technology can remove up to 95 per cent of phosphorus and does not harm water quality or aquatic species.

The use of Phoslock is only part of the solution for addressing the phosphorus levels in Lake Simcoe. As part of the Lake Simcoe Protection Plan, a Phosphorus Reduction Strategy will be developed to reduce phosphorus loading from sewage treatment plants, stormwater runoff, and atmospheric deposition.

Besides the usual regulatory cap on emissions from point sources, an innovative concept under the Lake Simcoe Protection Plan is the use of a water quality trading scheme to achieve the overall goal or reduced phosphorus loading to 44 tonnes per annum. The development of a pilot-scale water quality trading system was first proposed back in 2001 by Valerie Gibbons in a report entitled Managing the Environment Report: A Review of Best Practices. The advantage. of such a system is that it achieves an environmental objective through a free market mechanism that has greater economic flexibility than command-and-control regulations.

The MOE appears to be on the right track with its plan to protect Lake Simcoe. By drawing on proven technologies from around the world and piloting innovative strategies that incorporate environmental caps with economic flexibility, fishing for naturally-bred trout and whitefish on Lake Simcoe will be enjoyed by future generations.