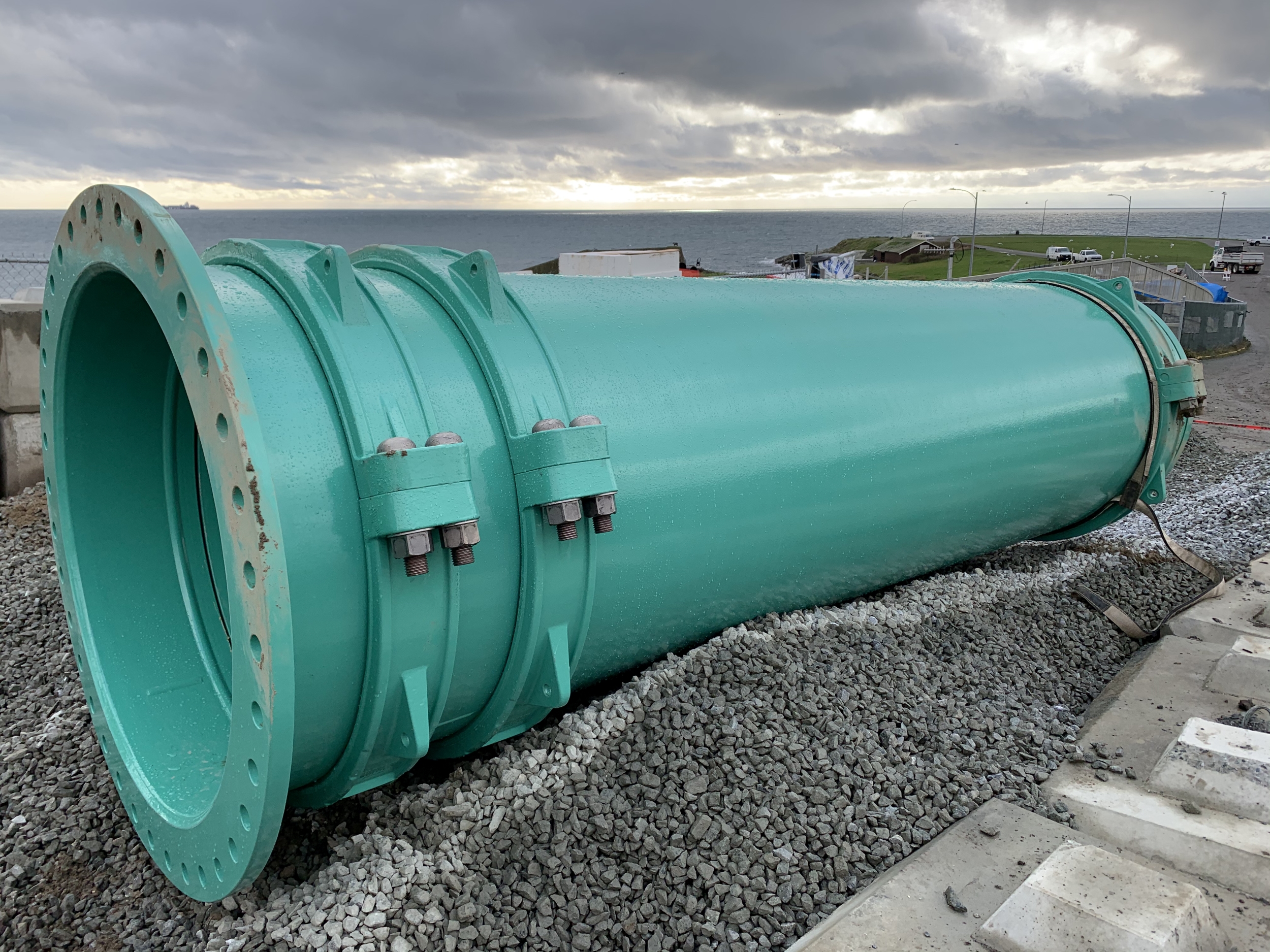 Wastewater treatment plant upgrades happen all the time because owners are constantly improving efficiency, expanding capacity, and striving for better environmental stewardship. Not surprisingly, while the upgrades themselves are site specific, the issues encountered from one place to another are similar. Upgrades often have to accommodate pipes and components that have been in service for some time, and that can pose challenges. Add to that the need to manage movement from settlement, accommodate seismic events, and address corrosion, what appears to be a straightforward undertaking can suddenly become anything but simple.

Since the 1880s, Bolted Sleeve-Type Couplings (BSTCs) for plain-end pipe have been used to manage deflection. Before welding was commonplace, BSTCs were used to join riveted steel and cast-iron pipe sections in the field. They could permit two to four degrees of static angular deflection when installed on short segments, which enabled changes in direction by creating a circular curve.

Since BSTCs cannot resist thrust forces, they require a harnessed joint that uses tie rods for restraint. The limitations of the harness make BSTC placement critically important because shear and bending forces cannot be accommodated safely without a harness. In addition, a lot of testing has to take place before BSTCs are buried to safeguard against leakage when the couplings are no longer easy to access.

When welding became commonplace in the 1930s, fewer installations used BSTCs because the same—or better—performance could be achieved more efficiently by deflecting welded joints. More recently, bolted split-sleeve couplings, which can be installed quickly without welding or any special tools or equipment and can reliably deliver a broader range of movement, introduced a third option.

See also  The Ins and Outs of IP

On a recent upgrade to the Clover Point Pump Station in British Columbia, the anticipated movement of the piping system posed a serious challenge. The stainless steel piping in the pump house had to be connected to the high density polyethylene pipe (HDPE) pipe that was being installed as part of the upgrade. The connection area would be exposed to a high, cleaving load that could not be accommodated by an M11 harness. Welding would not only have produced slag and introduced other safety risks but would have negatively impacted the project schedule.

Using a grooved settlement joint reduced the forces on the piping, allowing for settlement to take place without compromising the connection and eliminating a high bending load on the wall, which improved the structural integrity of the building.

HDPE pipe is being used in more applications because the give of the plastic introduces more flexibility and ductility, which makes it more forgiving when it comes to movement and vibration. In cases like this one, where stainless steel pipe is being joined to HDPE, the connection is critically important because HDPE expands and contracts at a rate greater than 10 times that of steel. When a settlement joint is required, having a reliable connection between the steel and HDPE is essential to the integrity of the pipe system.

The Victaulic Style W257 Dynamic Movement joint is designed specifically to accommodate movement in large-diameter pipe based on the movement expected to occur in the installation area over the life of the facility. With just two days spent at the site for rigging, this solution was installed in a single day with a small footprint. The rapid installation time meant roads could be opened at day’s end, so disruption to residents could be minimized.

Earthquake design has become important to cities in affected regions and is an area of focus for civil engineers. The building engineering community has taken note of the need for safer buildings, and regulations have been developed to ensure the integrity of aboveground structures. Recently, belowground assets have started to receive more attention from organizations like the American Society of Civil Engineers, which has developed a task force and an engineering group of around 60 people to study the issues and develop recommendations for dealing with buried pipelines. This is the first generation of study that aims to develop guidelines for developing seismically resilient products to improve safety.

For the Clover Point Pump Station project, seismic considerations were top of mind. Like many areas around the world, B.C. is seismically active so managing seismic events and anticipated settlement was only one piece of the dynamic movement puzzle. According to a Canadian earthquake tracking service, in a period from mid-March 2020 to mid-March 2021, B.C. experienced 558 earthquakes. While the range of intensity varied, multiple events in the course of the year were significant, registering 6.0 or higher on the Richter Scale. This level of seismic activity necessitates dependable piping solutions because system failures can damage the environment, compromise the safety of workers, and leave residents in the areas served by a treatment facility without service.

The availability of engineered large-diameter settlement joints to accommodate dynamic movement made it possible for engineers to specify the performance characteristics so the critical infrastructure components used at Clover Point perform reliably under extreme stresses.

The third common challenge owners must contend with is corrosion. Corrosion can be as damaging to pipe systems as movement and the repercussions can be as serious.

Historically, steel pipe has been the material of choice for most projects. Unfortunately, like all ferrous metals, steel is prone to corrosion if left unprotected. Coatings and linings routinely are used to decrease the effects of corrosion, but they can be costly. Even when a pipe is coated, the coating on the pipe ends is susceptible to damage when connections are being made up. The possibility of exposed, untreated metal increases the likelihood of corrosion. With a buried pipe, addressing corrosion damage down the road can be extremely costly.

Soils in the B.C. area are primarily gravel, sand, and clay, which are relatively aggressive in escalating corrosion. While welding the pipe joints at the Clover Point Pump Station Project was an option, to ward off corrosion, the weld would have had to be smooth, which was a challenge given the diameter of the pipe. The coated, grooved coupling system contains fewer components and less bare metal than other solutions. More importantly, however, the exterior coupling geometry is designed such that it does not trap water, which significantly reduces the risk of corrosion. Ultimately, using Victaulic solutions that minimize the risk of corrosion is expected to improve the pipe system’s longevity and reliability.

This article was written by Chris Sundberg and Wayne Biery for the July/August 2021 issue of Water Canada. Sundberg is an infrastructure consultant at Victaulic. Biery is the director of large systems/hydrotransport at Victaulic. Header Image Credit: Victaulic.