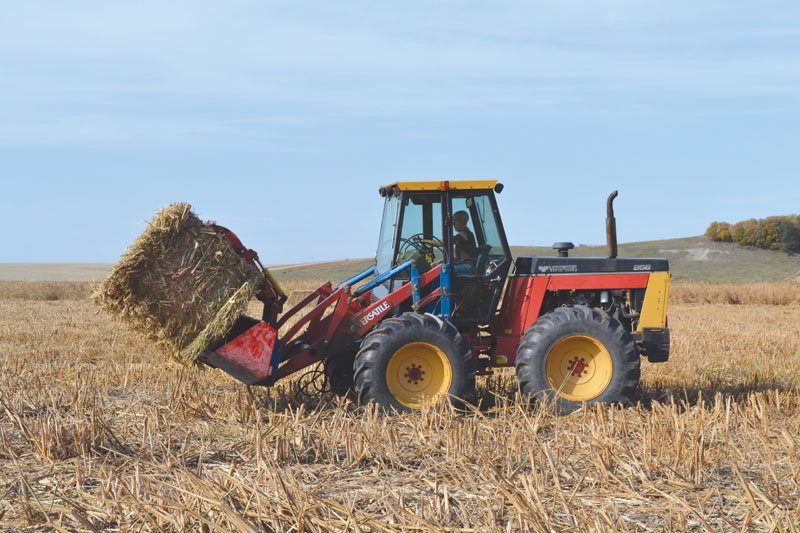 Not all infrastructure is made of concrete. Around the world, wetlands are both environmentally and economically beneficial green infrastructure. These unique ecosystems reduce the severity of both flooding and drought, provide useful natural resources such as bioenergy products, and clean our water. They also act as carbon sinks, storing greenhouse gases, and are home to thousands of plant and animal species—including one-third of Canada’s species at risk.

The characteristics and benefits of wetlands haven’t always been understood, but today are well researched and widely accepted by governments and the science community. Despite that knowledge, research by Ducks Unlimited Canada shows that we continue to lose 15 acres of wetlands daily in southwestern Manitoba alone, drained for agriculture, industry, and other forms of development.

One of the primary benefits provided by Canada’s wetlands is flood mitigation. A 2014 report from the University of Saskatchewan demonstrates the significant impact of wetlands on water levels during flooding. The report, titled Improving and Testing the Prairie Hydrological Model at Smith Creek Research Basin, details several scenarios in the southeastern Saskatchewan watershed, including changes that would occur if wetlands were restored to their historic levels and if they were drained completely.

Led by John Pomeroy, director of the university’s Centre for Hydrology, the study shows that during the flood of 2011—one of the worst flooding events in Saskatchewan and Manitoba’s history—previous wetland drainage from 1958 to 2008 increased peak water flows by 32 per cent. It also found that levels would be 78 per cent higher if today’s existing wetlands were completely drained.

“One result that surprised me was that wetlands, even in a flood year, still had the capacity to hold more water,” Pomeroy said.

Flooding has environmental, social, and economic costs to everyone. Those with affected farms, businesses, and homes see their lives come to a halt and property damaged. Others see tax dollars used for compensation, repairs, and construction of related infrastructure.

Pomeroy acknowledged that wetlands aren’t the only contributing factor in flooding. They do, however, comprise a critical component of water management and flood mitigation.

At Pelly’s Lake, Manitoba, the flood and nutrient-control benefits of wetlands can be seen firsthand. Located southwest of Winnipeg, the low-lying 627-acre area features constructed flood-retention structures to hold back spring runoff and reduce downstream flooding.

The land dries out enough by late summer to allow large-scale machinery to enter the site and harvest the healthy crop of cattail that grows each year. This activity is part of a project spearheaded by the International Institute for Sustainable Development (IISD) to capture phosphorus and transform cattail into “bioenergy,” or renewable energy made from plant materials. So far, IISD and its partners have turned cattail into a range of products including fuel pellets, cubes, and synthetic gas. IISD is also exploring how to turn cattail into bioethanol or biobutenol, which means it could eventually run everyday machinery like cars.

“We are working with cattail because harvesting this plant produces many benefits. In addition to producing bioenergy, we are buffering against floods, capturing nutrients in harvested cattail, and creating economic development,” said Richard Grosshans, senior research scientist with the water program at IISD.

This work is timely. Manitoba is phasing out coal by 2017, requiring those who still burn it to switch to other energy sources. Energy from plants is one viable option and because cattail has comparable heating values to other bioenergy sources, such as wood, IISD sees high potential to commercialize cattail with other bioenergy products.

Wetland vegetation also plays a vital role in keeping freshwater ecosystems healthy. Cattail and other species of plants filter out nutrients like phosphorus that would otherwise end up in rivers and lakes. Excessive amounts of nutrients can lead to the growth of potentially harmful algae blooms, the result of a condition known as eutrophication.

Increasingly, Manitoba’s Lake Winnipeg has become a poster child for eutrophication as a result of nutrient pollution. The 10th largest freshwater lake in the world received international attention in 2013 when Global Nature Fund designated it the Threatened Lake of the Year due to the increasing size and frequency of blue-green algae blooms on its waters.

Protecting Manitoba’s remaining wetlands will help protect the health of Lake Winnipeg, which is why “Keeping Water on the Land” is the first of eight actions identified in the Lake Winnipeg Health Plan. Led by the Lake Winnipeg Foundation, this plan aims to restore the balance of this important ecosystem by reducing phosphorus loading and can serve as a model for other jurisdictions dealing with eutrophication.

With a diverse set of environmental and economic functions, the benefits of wetlands are significant and far-reaching—and they exist for us with no effort or expense.

In the last century, 50 per cent of the world’s wetlands have disappeared, along with the benefits they provide. Canada is fortunate to have about 25 per cent of the world’s remaining wetlands. By protecting what we have left and working to restore what’s been lost, we can positively influence flooding and drought events, water quality, climate change, resource availability, biodiversity,  and more.  WC