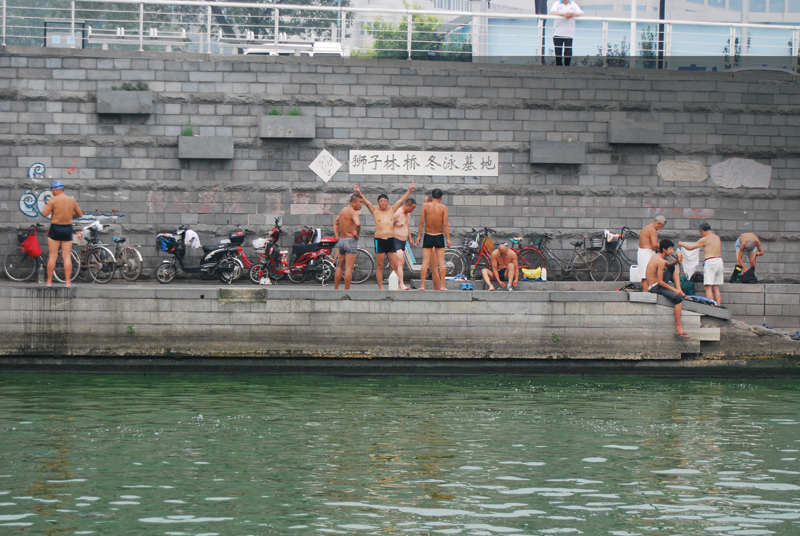 Around the globe, there is concern about the effects of China’s rapid economic development on the air, land, water, and energy resources, as well as the ways that the country’s complex and sometimes less-than-efficient bureaucratic system may impact environmental policy implementation. The most serious of these challenges have been linked to the country’s declining water supply, which not only suffers from considerable pollutants, but also is insufficient for the country’s massive population and rapidly growing economy. Water pollution is rampant nationwide, while water scarcity has worsened severely in north China. The problem is not only environmental—insufficient water is already limiting industrial and agricultural output in some areas. If solutions are not found and implemented, scarcity threatens to negatively impact China’s high economic growth rate and food production.

Centralized wastewater treatment systems are the prevailing solution for water pollution control in many industrialized countries. To a large degree, this approach solves the problems of sanitation very efficiently. However, at the end of 2002, the official rate of municipal wastewater treatment in China was approximately 36.5 per cent, which is far from adequate given China’s serious water pollution (Wang et al., 2005). Complete replication of centralized water, energy, and cost-intensive technology is not entirely feasible or desirable.

Constructed wetlands (CWs) for wastewater treatment have great potential for application in China. The biogeochemical cycles of wetland plants can help transform and mineralize organic matter found in wastewater. Over the last 100 years, we’ve learned how these processes work, and recognized that many could be replicated with CWs. They’re now viewed as a viable treatment option for many different waste streams, including municipal, mining, dairy and wine-making. They’re also an attractive and stable alternative due to cost and energy savings. Additionally, there are the advantages of multi-purpose reuse of the resulting high quality effluent, as well as self-remediation and self-adaptation to the surrounding conditions and environment.

Two megacities of China, Beijing and Tianjin, as well as the Hubei Provinces are within the region of the HaiHe River basin. The HaiHe River basin contains 10 per cent of the entire population of China, which is about 118 million people, as well as being the main source for providing fresh water to Beijing and Tianjin (Domagalski et al., 2001). This basin is facing a decrease in water levels during low precipitation leading to drought and water shortage during the dry season. It also faces serious contamination problem—the annual amount of wastewater discharged into the rivers is about four billion megagrams, and is also a major contributor to pollutant loadings in the nearby Bohai Sea (Domagalski et al., 2001).

Located southeast of Beijing, Tianjin is the sixth-largest city in China (greater metropolitan population of 13,000,000). Considered the economic hub of Tianjin, the Binhai New Area is a new zone designated to host a number of key industrial zones, waterfront development areas, and commercial and residential properties, for nearly two million people. The region is a representation of China’s objective to modernize its coastal cities while promoting economic development.

One particular region experiencing economic growth and urban development is that of the Tianjin Airport Economic Development Zone (TAEDZ), located in the Binhai New Area. The zone’s current water quality does not meet surface water standards, and a solution has been sought to improve the quality of the water and to provide a means for storage, while taking into consideration environmental, economical, and social impacts.

Due to the severe impacts of urban development on water quality in Binhai New Area, Tianjin, and the HaiHe River basin, the proposed solution is the implementation of two CWs at TAEDZ. In collaboration with Tianjin University (TJU), Lindsay, Ontario’s Centre for Alternative Wastewater Treatment at Fleming College (CAWT), Queen’s University in Kingston, and Aqua Treatment Technologies, this location has been selected as a demonstration site for wetlands technology in a rapidly developing urban area, to address the issues of surface water degradation.

Construction is nearly completed on the first surface flow CW, which consists of basins and channels with soil that will support rooted vegetation, which in turn will induce low water flow velocity for treatment. The treated water will be reused as surface water on the site, or released back to the canal surrounding TAEDZ. It is expected to improve the water cycle of the area and the water quality of the canal, which currently have water rated Grade V, the most degraded level, rendering it unfit for industrial or agricultural use.

Brent Wootton, CAWT’s senior scientist, and Aqua Treatment Technologies’ Lloyd Rozema recently brought their expertise to China. Both specialize in developing and designing CWs and wastewater treatment systems for cold climate regions. They’ve been designing a hybrid CW system which will consist of a surface flow and vertical flow system that will complement each other and achieve higher treatment effect.

See also  Spending to Save

China’s diverse climate and sources of wastewater allow for unique research conditions and a variety of parameters to be addressed simultaneously that would not be possible in another location. In addition, China’s economic growth conditions add to the innovative nature of the project, and allow for new developments while taking into consideration social issues. After extensive applications in similar geographic and climatic regions in Canada such as the prairie region and southwestern Ontario, the technology may eventually benefit Canadian communities as well.  WC

Annie Chouinard is a graduate student in the department of civil engineering at Queen’s University. She is conducting research in China at TJU. This article appears in Water Canada’s September/October 2012 issue.

Canada and Saskatchewan Reach Agreement on $89 Million Under Clean Water...