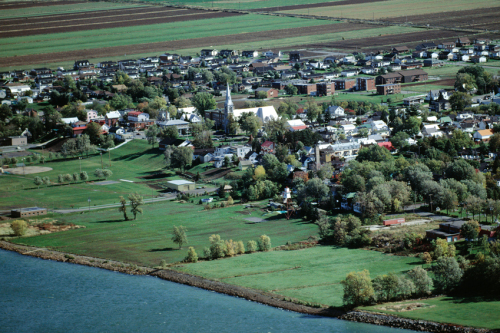 The Safe Drinking Water Act, 2002 (SDWA) imposes significant obligations on municipalities for the operation of their drinking-water systems. With those obligations come risks, including the risk of substantial fines and the imposition of an array of administrative penalties. The obvious questions for municipalities are how to manage and how to mitigate, those risks. In answering those questions, municipalities may ask whether, and to what extent, the risks can be managed and mitigated effectively and efficiently if a municipality enters into an arrangement with the private sector to own or operate its municipal drinking-water system.

Section 11 of the SDWA sets out the basic requirements that every owner of a municipal drinking-water system or the operating authority must fulfill, including:

That the water provided by the system meets the requirements of the prescribed drinking-water quality standard;

That the drinking-water system is operated by a person having the training or expertise for the operating functions that is required by the regulations and the licence or approval issued or granted for the system under the SDWA;

The distinguishing characteristic of all of these obligations is that they impose requirements that are, in most instances, capable of precise, objective measurement. In contrast are the obligations imposed by section 19 of the SDWA, which may require the application of less precise, even subjective, standards.

Section 19 requires that the owner of the system meet the following standards of care:

That the person exercise the level of care, diligence and skill in respect of their municipal drinking-water system that a reasonably prudent person would be expected to exercise in a similar situation; and

That the person act honestly, competently and with integrity, with a view to ensuring the protection and safety of the users of the municipal drinking-water system.

Section 19 does not come into force until Jan. 1, 2013. The delay allows municipalities time to develop ways to meet the standard of care. It also provides an opportunity for municipalities to decide whether they wish to enter into private/public arrangements for the supply of drinking water.

Complying with the Section 19 obligations may be more difficult than complying with those imposed by other sections of the SDWA, because the content of the Section 19 obligations are less precise.  What a “reasonably prudent” person would be expected to do is a standard that is not capable of a fixed or precise definition, and will change over time and under different conditions.

The SDWA prescribes a number of penalties, both administrative and quasi-criminal in nature, which may be imposed for breaches of the SDWA or any of the instruments created under its authority.

Quasi-criminal penalties include fines, the size of which will vary depending on whether the conviction is against an individual or a corporation. The fines can be very substantial, particularly for subsequent convictions. In the worst cases, an imprisonment for a term of not more than one year can be imposed.

If a municipality enters into an agreement with an operator for the operation of the drinking-water system, section 14 requires the agreement to contain the following provisions:

Subsection 14(2) permits the owner of a drinking-water system to delegate a duty imposed under the SDWA to the accredited operating authority. However, Subsection 14(3) provides that the delegation does not relieve the owner of the drinking-water system from the duty to comply with the standard of care prescribed in Section 19, or the duty to ensure that the accredited operating authority complies with its duties under the SDWA and the terms of its agreement.

Section 14 also does not come into force until Jan. 1, 2013. In the interim, and as a matter of good management practice, municipalities negotiating an agreement with a private sector operator should include the provisions required by Section 14.

Implications of the SDWA for Public/Private Arrangements

If a municipality does enter into an agreement with the private sector, there are three minimum requirements for the agreement, arising out of the SDWA, as follows:

In order to meet the Section 19 standard of care obligations, municipalities should have regard to what it would have to demonstrate to meet the standard of due diligence. Examples of what that standard would require include, but are not limited to, the following:

The Report of the Walkerton Inquiry, from which the SDWA derives, contains a succinct summary of the nature of the obligations a municipality undertakes once an agreement with the private sector is signed. The report states that, “the orientation of the municipality shifts from direct-service delivery to ensuring contract compliance.” The report indicates that “the accountability of the municipality will be exercised as supervisor of the agreement, and the municipality will need to dedicate enough resources and personnel to fulfil this oversight role effectively.”