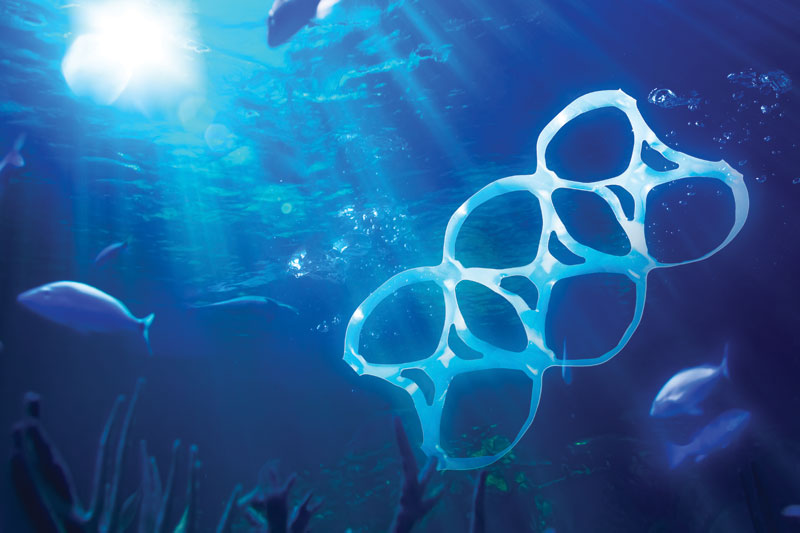 Canada’s State of the Oceans Report acknowledged many of the concerns scientists and conservationists have raised for decades: increasing acidity, a significant thinning of sea ice in the Far North, depletion of life-supporting oxygen in waterways, and wholesale shifts in coastal wildlife populations. Issued in 2012, the Fisheries and Oceans Canada document pointed to causes ranging from natural cycles to industrial development and warned of trouble ahead as entire ecosystems continue to undergo unprecedented change. Oceans in other jurisdictions are comparably troubled, yet Canada has more coastline than any other country—more than 240,000 kilometres, including countless inlets and islands and a vast Arctic. The government’s own data tells a compelling story of a complex, self-sustaining web of life that also nurtures Canada’s economy, contributing nearly $38 billion to the country’s gross domestic product through maritime-related commercial activities like oil and gas, tourism, and fishing. However, these same oceans, at home and abroad, are under critical stress. Veteran ocean watchers say the scientific research and early initiatives seem impressive, but governments have much to do in order to truly protect the seas.

In 2002, under a previous Liberal government, Fisheries and Oceans Canada drafted a national oceans strategy, and Sabine Jessen of the Canadian Parks and Wilderness Society (CPAWS) had high hopes. “It was all part of the implementation of the Canada Oceans Act (in 1996), which at the time was world-leading,” she recalled. “We were at the forefront. It was the first piece of national legislation in the world specifically focused on oceans management.” The act, which followed on the high profile international dispute between Canada and Spain over fishing on the Grand Banks just outside Canadian waters, was viewed as an opportunity to correct a piecemeal approach to ocean management. It called for integrated management planning to address economic, environmental, and social issues. The subsequent oceans strategy promised marine protection in five areas: the Pacific north coast, Beaufort Sea, Eastern Scotian Shelf, Gulf of St. Lawrence, and Placentia Bay/Grand Banks.

More than a decade later, however, there’s a sense that Canada’s oceans strategy is drifting off course. Jessen said while some integrated ocean planning did occur in these five areas, the assortment of federal and provincial government departments that participated didn’t all provide the needed follow-through, and there’s been a notable shortcoming in actual, measurable protection. Furthermore, conditions continue to worsen. Fisheries and Oceans Canada’s 2012 report acknowledged, for instance, that Canadian surface waters were 30 per cent more acidic than when the industrial revolution began and could be 150 per cent more acidic by the end of this century. Acidification dissolves calcium, and Jessen said commercial shellfish industries have already reported reduced harvests of species like oysters. While the report listed carbon dioxide emissions as a major cause, Canada withdrew from the Kyoto Protocol a year earlier and has yet to agree to international emissions-reduction targets.

Acidification isn’t the only threat. Other concerns raised in the 2012 report continue to escalate. Rising sea levels threaten low-lying coastal communities, wetlands, and salt marshes while warming waters have sent species packing for cooler, more protected venues. “The result is basically a reassembly, the creation of whole new kinds of ecosystems and ecological linkages,” Jessen said, citing dwindling Pacific salmon stocks as most noticeable. Hypoxia, where depleted oxygen levels have produced dead zones in the Baltic Sea and the Gulf of Mexico, is worsening in pockets around Vancouver Island and in the Gulf of St. Lawrence. Cod stocks decimated decades ago by over-fishing have been replaced by crab and shrimp as predominant species, and swirling masses of floating plastic debris are proving deadly to marine creatures mistaking it for food.

David VanderZwaag, a marine environmental law professor at Dalhousie University, sees direct economic tie-ins, with acidity reducing shellfish catches, rising sea levels visibly affecting the South Pacific and other low-lying areas, and devastating flooding in North America from superstorms like hurricanes Katrina and Sandy costing billions of dollars. Proposals for marine-protected areas and integrated management planning marked Canada as a potential leader in ocean law and governance, yet VanderZwaag said he’s not seeing enough actual planning and protection. He explained, for instance, that strict pollution standards for ships in the Arctic have failed to lead to any substantial vessel routing. Furthermore, he warned that a lack of ports and other infrastructure in the Far North leaves Arctic waters vulnerable in the event of an oil spill on the scale of 2010’s BP Horizon disaster in the Gulf of Mexico, even as warming waters stand to enable year-round shipping through the Arctic. Describing current ocean management in Canada as largely sectoral, with pieces often delegated to other federal departments and to provincial government ministries, VanderZwaag called for comprehensive marine spatial planning at the national level. “It’s almost like (municipal) zoning or land-use planning, deciding where we might allow aquaculture or wind farms, or where we wouldn’t allow certain kinds of shipping,” he explained.

David Walters, a media spokesperson with Fisheries and Oceans Canada, said the government has in fact stepped up to the plate with funding and legislative support. “Canada’s National Conservation Plan, announced in 2014 by the prime minister, includes funding of $252 million over five years for a variety of conservation initiatives, including $37 million to strengthen marine and coastal conservation,” Walters said. He added that Fisheries and Oceans Canada is establishing marine protected areas (MPAs) and is working to identify additional conservation measures. “Our strategic approach to network development will ensure that future MPAs will be optimally located to respond to ecological needs and socio-economic realities in Canada’s oceans,” he said.

While the government has faced criticism over inaction on climate change, Walters said climate change has been a Fisheries and Oceans Canada research priority dating back to work by the Department’s Climate Change Science Initiative and continuing through the Aquatic Climate Change Adaptation Services Program (ACCASP). He added that the federal government has backed this up with funding. When the government announced $148.8 million in climate change adaptation funding in 2011 to be spread out over five years, $16.5 million of that went to ACCASP. Fisheries and Oceans Canada scientists have also contributed to the Intergovernmental Panel on Climate Change and engage with the international scientific community through the International Union for Conservation of Nature, the Convention on Biological Diversity, the Arctic Council, the United Nations, and other agencies.

VanderZwaag said the research is impressive and initial steps to create marine-protected areas are a positive step. However, he sees announced protections as largely aspirational. “We have to start relating the growing science to what we have to be doing to deal with greenhouse gas emissions, particularly carbon dioxide,” he said. “We’re still a long way away from moving toward more comprehensive integrated planning around our waters.”

At CPAWS, Jessen said Canada’s performance on MPAs doesn’t add up to much. “Australia put in a national network around the whole country that covers 36 per cent of their ocean territory at the same time that Canada has barely protected three per cent.

“It’s good to see some new money from the government to put MPAs in place, but if we continue to do this at the pace we have—taking about 10 years to put each MPA in place—it will take decades to complete the work.”   WC

Saul Chernos is a Toronto-based writer and frequent Water Canada contributor. This article appears in Water Canada’s May June 2015 issue