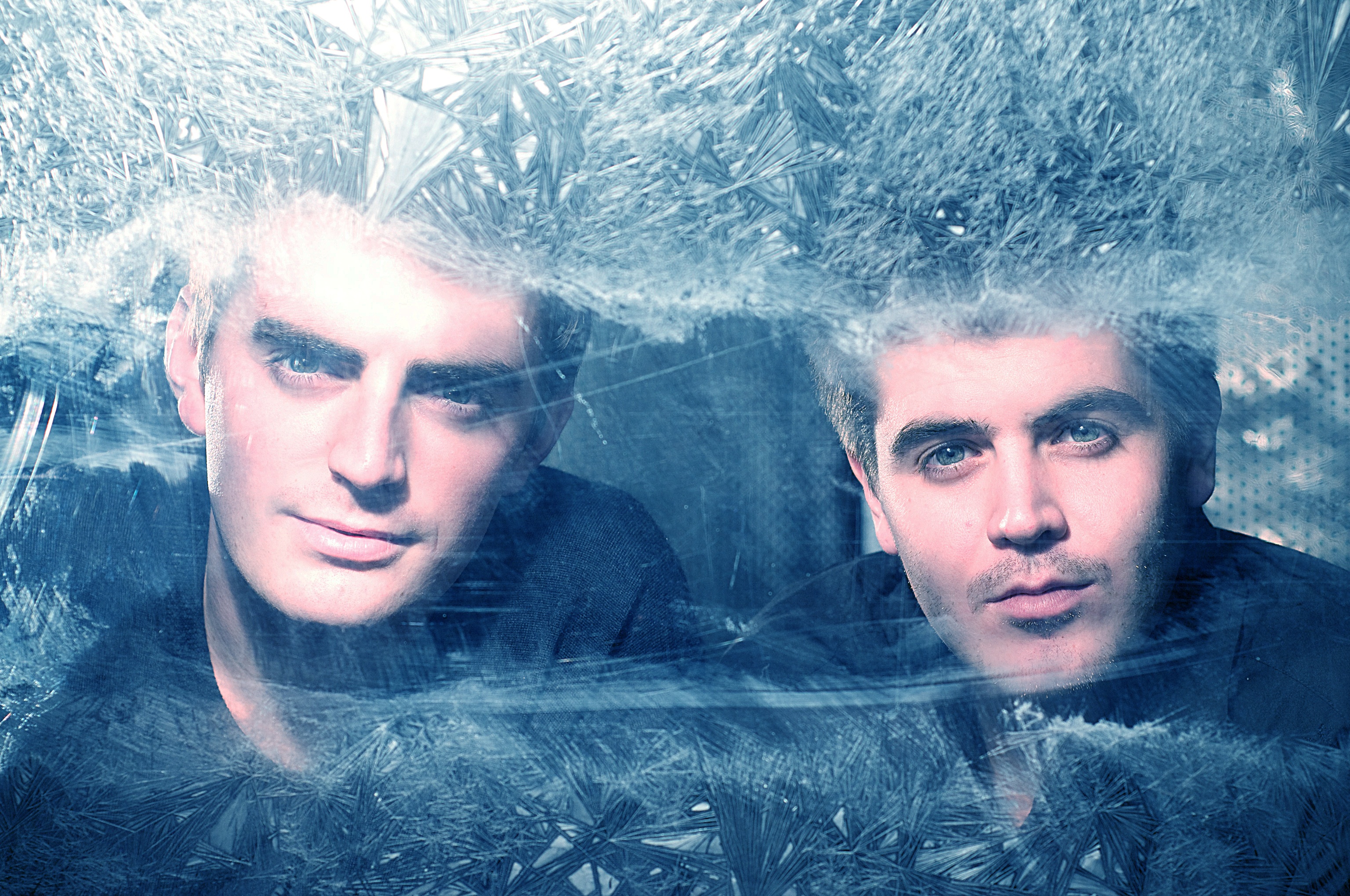 As part of our Canada Water Week series, we spoke with The Water Brothers, Alex and Tyler Mifflin. Currently, the two brothers, along with SK Films, are working on a series for TVO. We asked them why they decided to focus on water as a subject for their series.

Alex: The decision to focus on water became clear while Tyler and I were planning and coordinating location scouting for an IMAX film and related television project for SK Films, the producers of The Water Brothers. The film series in development is called Our Sustainable Planet and the first in the series of films is to focus on water.

We were tasked with finding the most compelling water-related environmental stories in visually interesting places and cultures that could be explored in the film. I was the lead researcher and I found that water is, without a doubt, our most precious resource, in all its forms, and is at the heart of virtually every major environmental story in the world today. Human health, climate change, pollution, biodiversity loss, fisheries, agriculture and the entire global food supply, the list goes on and on.

I have a background in environmental science, so I had an idea of the importance of water in connection to a range of environmental issues, but it wasn’t until we began our work at SK that we realized that there is still a dire need to raise awareness about these connections between the health of water and the overall health of humans and our entire planet.

Tyler is a graduate of film school and loves the outdoors and filming nature, so the producers thought we would make a great team: we would co-host, Tyler would film it, and I would take the lead on the researching the storylines for the first episodes and in co-writing the scripts with an experienced television writer.

David Suzuki says it is up the today’s youth, the next generation, to take the baton with these challenges, so we’re very happy to be part of raising awareness (including our own!) with this target demographic. The biggest challenge has been narrowing down the episode subjects from thousands of possibilities and to write compelling, informative, and entertaining stories.

Why is it important to spread the message to viewers across the country?

Tyler: Canada is simply a water nation: we border three oceans and control an immense ocean territory and of course we have some of the highest supplies of renewable freshwater resources in the world.

To care for this gift as best as we can, we need an informed population that understands our impact on these precious resources. We feel that most Canadians, including ourselves at times, have taken this gift for granted. We’d like to contribute by providing viewers with an entertaining way to re-connect and become better at managing our water resources. I think all Canadians should be aware of their water footprint, and have the knowledge of how to reduce it, teaching the same to children, students, and our citizens.

What makes the Water Brothers project different from the large number of water documentaries that have already hit the shelves?

Alex: I’ve seen most of those documentaries and they are great. Generally, I feel the more there are the better. Water is a complex subject area. I do prefer docs that provide some solutions for change. I think what makes us different is the fact that we’re doing a TV series and not a one-off documentary. As well, we’re looking at the subject from the perspective of youth and young adults. I’m not aware of any series in North America that are broadcast as a television show with hosts, specifically focused on water.

You’re going on some fascinating trips all over the world to find stories for the show. Tell us about one or two that have really made an impact or that you’re really looking forward to doing.

Tyler: This summer, we’ll be going to the Arctic. Even though most Canadians live far from the Arctic, it’s hugely significant and quite alarming to think that the Arctic Ocean is expected to be ice-free during summer months within the next decade, and also that we have these massive ice sheets on Greenland and in Antarctica that are rapidly melting into the ocean.

Due to climate change, water is on the move. We need to prepare ourselves for this movement of water no matter where we live in the world. Glaciers and sea ice melting, sea level rising, ocean currents are altered, some Arctic wildlife is threatened by extinction, ocean acidification is occurring, and for Canadians that testy subject of Arctic sovereignty keeps popping up— everyone now wants to make claim to the more accessible and valuable resources, including a more ice free North West Passage. There is no shortage of fascinating topics to discuss.

We’ll be travelling by ship to Labrador, Iceland, and Greenland with this great organization called Students on Ice, led by founder Geoff Green, that takes teenagers and young adults, along with world leading scientific researchers on the Arctic, on a trip to learn about these incredible regions and how they are changing, and what we need to do now to prepare ourselves for these immense changes and challenges. It’s a perfect fit for us; we share common goals.

What’s one of the most surprising/interesting/depressing things you’ve learned about water during your research for the show?

Alex: Two statistics that are always surprising, interesting, and, unfortunately, depressing to hear are 1) nearly one billion people on Earth still don’t have daily access to clean drinking water, and 2) over 2.5 billion still lack adequate access to improved sanitation. These stats represent the two biggest failures in global human development in the world today and really give a sense of how much further there is to go before we can feel satisfied that the state of our water world is in good health.

Unfortunately, we will only have a few opportunities to explore the depth of these problems in Season 1, but as we gain more exposure and move towards Season 2, we feel there is a considerable amount our show can achieve in terms of raising awareness and improving access to clean water and sanitation around the world. We’re developing an interactive website with many links to and information about the world’s leading water organizations and charities, where people can get more involved and not just in changing their own habits in many small but meaningful ways, but also consideration of other ways that they can volunteer, share information on our website and contribute to important and effective water organizations.

While we’re seeing progress, Canada can step things up and take a stronger leadership role in developing and sharing some of its technologies towards more sustainable uses of the world’s water supplies.

When can we expect to see The Water Brothers on television?

Tyler: You can expect to see our first episode on TVO next January. If you live outside Ontario, you can stream our show from the TVO website or you can always visit our website to get updates on exact release dates. We’ll also have teaser clips of upcoming content.