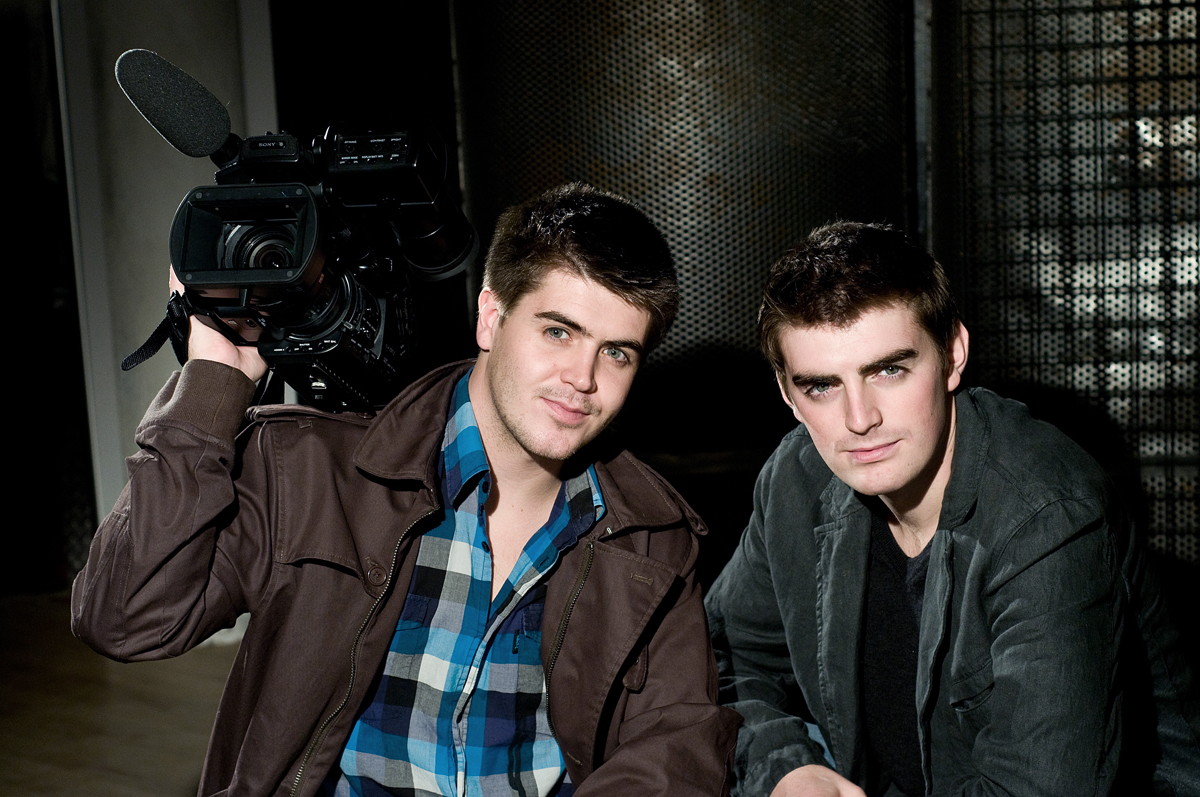 Around this time last year, we spoke with The Water Brothers, Alex and Tyler Mifflin, who were busy filming and editing their six-episode series for TVO. Find that article here. Today, the first day of Canada Water Week 2012, we revisit the Mifflins as they proudly launch their long-awaited show and throw in a smartphone app for good measure.

Tyler Mifflin: Thanks! We’re really excited to show everyone what we’ve done.

The show launches today and runs throughout the week. What else have you got planned for Canada Water Week?

Alex Mifflin: Well, TVO has a week of great water-related programming and we’re working with them to make the week a success. In addition to our show, they’re showing several documentaries, and Steve Paikin is exploring some of the big issues on The Agenda.

Tyler: We’ll also be hosting live chats as our episodes air. Viewers can talk with us, ask questions, and find out more about some of the issues we explore.

It must be hard to crunch everything into 24-minute episodes, so a live chat sounds like a fun way to elaborate. Now that you’ve completed all six episodes, what do you think was your favourite part about filming the series? Tell us about your stand-out moments.

Tyler: It’s hard to pick just one! There are so many. Alex did most of the research for the episodes—that’s his background—but I came from the film side, so it was a huge learning experience. For me, one of the best experiences was diving with whale sharks just outside of Cancun. We did two trips down to the Meso-American Reef. The first time, we spent about four days on a boat looking for them. Alex saw one on the last day, but I didn’t have time to get a shot.

The second time, we went to an island in the Honduras called Utila. We spent a week looking for them and didn’t see any! We met with a marine biologist called Raphael de la Parra—he’s based out of Cancun and researches whale sharks. He confirmed that it’s tough to see them, and invited us to come back to Cancun a couple of weeks later. We spent a whole day looking for whale sharks and ended up swimming with a pod of dolphins. We also saw some manta rays, but no whale sharks. As the day came to an end, we decided to try one last spot. Finally, we spotted two! It was a magical moment.

Alex: We’ve been really lucky to travel all over the world for these episodes, and a lot of experiences stand out. But for me, probably the most unique experience was for our episode called “Reefer Madness.” We went diving on a submarine looking for deep water corals. It’s like being on another planet when you’re that deep—everything you see is something you’ve never seen before. We went with Karl Stanley. He basically built his own submarine in his own backyard!

Great experiences! What are you hoping that people will learn or take away from the show? Do you hope they’ll turn ideas into actions?

Tyler: We want to help people feel excited about some pretty serious subjects by making them fun and interesting. We want them to come away wanting to learn more and share what they know with their friends. It’s not a lecture, and it’s not a classroom—it’s a life experience.

Alex: We hope that learning about these issues will help people make positive changes and begin to use our water more sustainably. That’s what it’s all about.

Speaking of more sustainable water use, you’ve also helped develop a smartphone app called Quench, launching on World Water Day (March 22). What does it do?

Alex: We have the show, the website, and lots of ways to learn about the issues, but we also wanted to be actively engaged. In this case, we’re helping to reduce the amount of waste that people create by drinking bottled water.

Quench evolved from our “Bottlegate” episode. It’s a free, user-friendly app that allows people to learn where they can find publicly accessible fountains and stores and businesses that will provide free refills of water for reusable containers.

Tyler: We wanted to make access to our public water supply as convenient as possible. All of the businesses that join Quench will have stickers in their window—you don’t even necessarily need the app in order to find it. Right now the app is just for Toronto, but we’re part of The Blue W network which goes across Canada, and we hope to see it expand.

Alex: The Blue W had already done a lot of the groundwork, but had trouble creating a user-friendly app for smart phones. Our show gave the effort some exposure and helped get some of the funding that allowed us to do it. It doesn’t cost businesses a lot to give away a glass of water, and it gets people into their stores or restaurants. It really works for everyone.

Very cool. What have you got planned for the second season—or is it too early to ask?

Alex: We hope to find a nice balance between Canada and the rest of the world. We have a lot of ideas but we can’t give them away right now!

The Water Brothers airs on TVO from March 19 to 21 at 7 and 7:30 pm ET, with a marathon encore of the entire series Sunday March 25 beginning at 7 pm.

The Water Brothers will also host The Blue Bash in support of WaterCan at Toronto’s Steam Whistle Roundhouse on April 25. For tickets and details, click here.