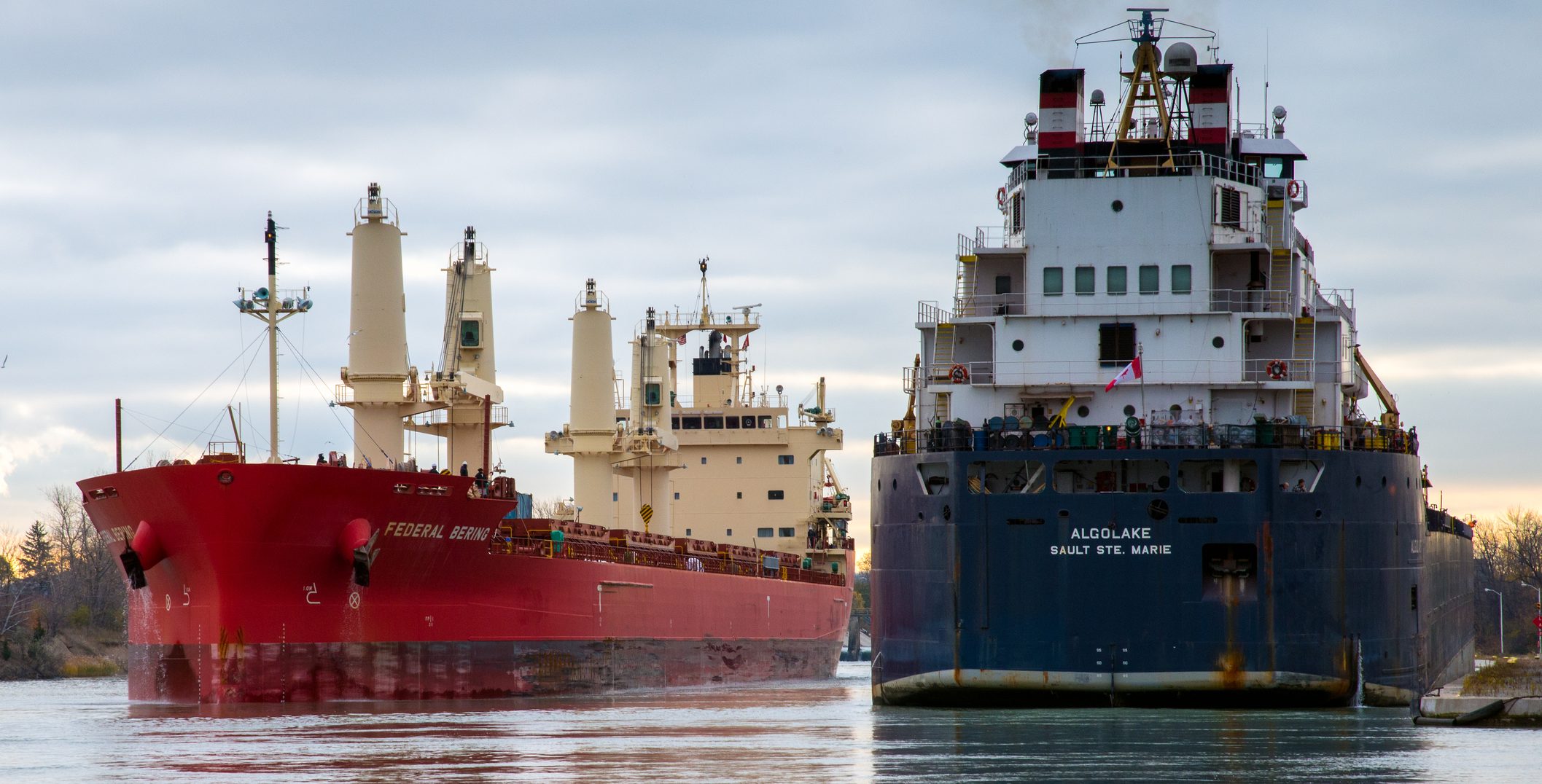 The Great Lakes are a critical shared waterway, and cooperation between the United States and Canada has been key to the safety and efficiency of waterborne commerce for many decades. Such cooperation will be even more important in the years ahead. Take for example, the regulation of ballast water discharges: Canada is a signatory to the International Maritime Organization (IMO) convention that recently came into effect. The United States is not. The potential for conflict is present and very troubling for U.S.-flag and Canadian-flag operators on the Great Lakes.

While Canadian carriers dominate U.S./Canada trade—they typically haul more than 90 per cent of the cargo between the two countries on the Great Lakes—how Canada implements the IMO convention could stop the movement of cargo on U.S.-flag lakers between U.S. ports. The routes that ships steer (known as course lines) in the St. Marys, Detroit, and St. Clair rivers go back and forth between the United States and Canada numerous times. If Canada imposed the transit standard that has been discussed over the last five years, instead of the IMO prescribed discharge standard, an iron ore cargo loaded in Silver Bay, Minnesota that is bound for Cleveland, Ohio, could not be delivered. The U.S.-flag vessel would have to sail through Canadian waters a number of times, even though this voyage is technically a domestic move. Although domestic travel is governed by taxation, American laws, safety and environmental regulations, etc., Canadian domestic voyages between Thunder Bay and Windsor must also transit American waters in order to remain in the navigation channel.

The U.S. remains intent on protecting the Great Lakes from additional non-native species introduced by oceangoing vessels. The Commercial Vessel Incidental Discharge Act (S. 168), which has been added to the Coast Guard Authorization Act of 2017 (S. 1129), sets the highest achievable standard for ballast water discharges—mirroring the IMO numeric discharge standard—and will raise the bar as technology advances. There is no reason for the U.S. and Canada to be at odds over ballast water discharge standards, particularly for vessels merely transiting and not discharging.

Setting a course
I would never question the commitment of either nation’s Coast Guards in Great Lakes icebreaking, but this is yet another area where greater harmonization is needed. The U.S. has nine icebreakers stationed on the Great Lakes, but collectively they are not equal to the task. The U.S. needs to build the heavy icebreaker authorized in 2015 and accelerate the modernization of the 140-foot-long icebreaking tugs.

Canada could also reexamine its icebreaking assets. Only two are permanently assigned to the Great Lakes, and both are nearing the end of their productive lives. Granted, assets are sometimes brought in from other regions, but Canada used to have seven icebreakers stationed on the Great Lakes. We need to share the icebreaking mission more equitably. Just on the U.S. side we lost 6,000 jobs and $1.1 billion in economic activity because the ice conditions of 2013/2014 and 2014/2015 were so severe.

Despite the dearth of Canadian icebreakers, Canadian carriers dominate the cross-lakes trade. Is this because our vessels are less efficient? Hardly. The U.S.’s largest vessels can carry 75,000 tons (68,038 tonnes) in a single trip. Thirty-seven thousand tons (33,565 tonnes) is the top load in the new Canadian lakers being built in China and other countries. There are a number of reasons for the Canadian dominance of the cross-lakes trade, and they stem from differences in societal benefits, taxation, exchange rates, and construction costs. For those reasons and more, the original NAFTA treaty did not cover waterborne commerce. Any renegotiation must steer that same true course.

The history of Great Lakes shipping is a shining example of how two nations can work together for the betterment of both. I am confident that this can be the future, as well, with American and Canadian policy-makers continue the pursuit of the priority files highlighted above, ideally in the spirit of collaboration and partnership for economic success.  We may not be in the same boat, but we are in this together.