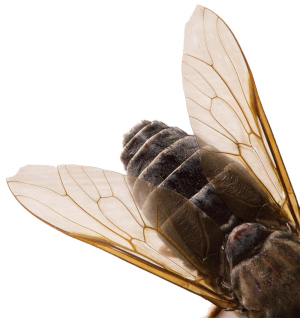 One summer evening in 1928, a woman in Paisley, Scotland found a decomposed snail in her ginger beer. She sued the maker of the drink and took her case all the way to the House of Lords, the highest court in Britain. What followed was one of the most important decisions in legal history, because it established the modern “duty of care” which lies at the heart of negligence law. The idea, as expressed by Lord Atkin, is that “You must take reasonable care to avoid acts or omissions which you can reasonably foresee would be likely to injure your neighbour.” The concept of “your neighbour” includes anyone who you would reasonably expect to be injured by your behaviour.

The snail case, Donoghue v. Stevenson, underpins the law of product liability. Companies must take care to ensure their products cause no harm to their customers (who are, in legal terms, their neighbours). This principle is now uncontroversial. But what types of harm, exactly, can be attributed to the company’s carelessness? In particular, what if the customer is hypersensitive? This is the issue that the Supreme Court of Canada addressed in its May 22, 2008 decision in Mustapha v. Culligan of Canada Ltd., which received plenty of media attention around the world and is now popularly known as “the fly in water case.”

While replacing an empty bottle of water with a full one, a Windsor man saw one and a half dead flies in the unopened bottle. In the Supreme Court’s words, he “became obsessed with the event” and “developed a major depressive disorder with associated phobia and anxiety.” He sued the supplier of the water, and was awarded over $300,000 in damages by the trial judge. This decision was overturned by the Ontario Court of Appeal, and the man appealed to the Supreme Court.

The Supreme Court unanimously decided that although the defendant was negligent, it was not liable for the plaintiff’s injuries. There was no question that a bottled water company must take all reasonable care to ensure that “the water is not contaminated by foreign elements.” The court also accepted the medical evidence that the plaintiff had suffered a debilitating psychiatric illness after seeing the flies. The crux of the case was whether the plaintiff’s injuries were too “remote” — that is, whether the harm was so far removed from the defendant’s negligence that it would be unfair to hold the defendant responsible.

This case, which owing to its vivid facts will surely join the snail case on the law school curriculum, should not be read as relaxing the duty of care that bottled water companies and other manufacturers owe to their customers. The duty to take reasonable care to avoid injuring the customer remains as strong as ever.

However, in a claim for psychological harm, it will not only be the company’s conduct that is scrutinized, but also the customer’s response. The customer will be held to the standard of the person of ordinary fortitude and where, as here, it is determined that such a person would not have been harmed, there will be no recovery. Companies are not liable for every injury they cause, but rather only for those that they should have foreseen. This will inevitably mean that some hypersensitive customers will be denied compensation, even where their suffering is genuine.

AFN Comments on Supreme Court Decision Regarding Duty to Consult

Fly in the Water Case Dismissed