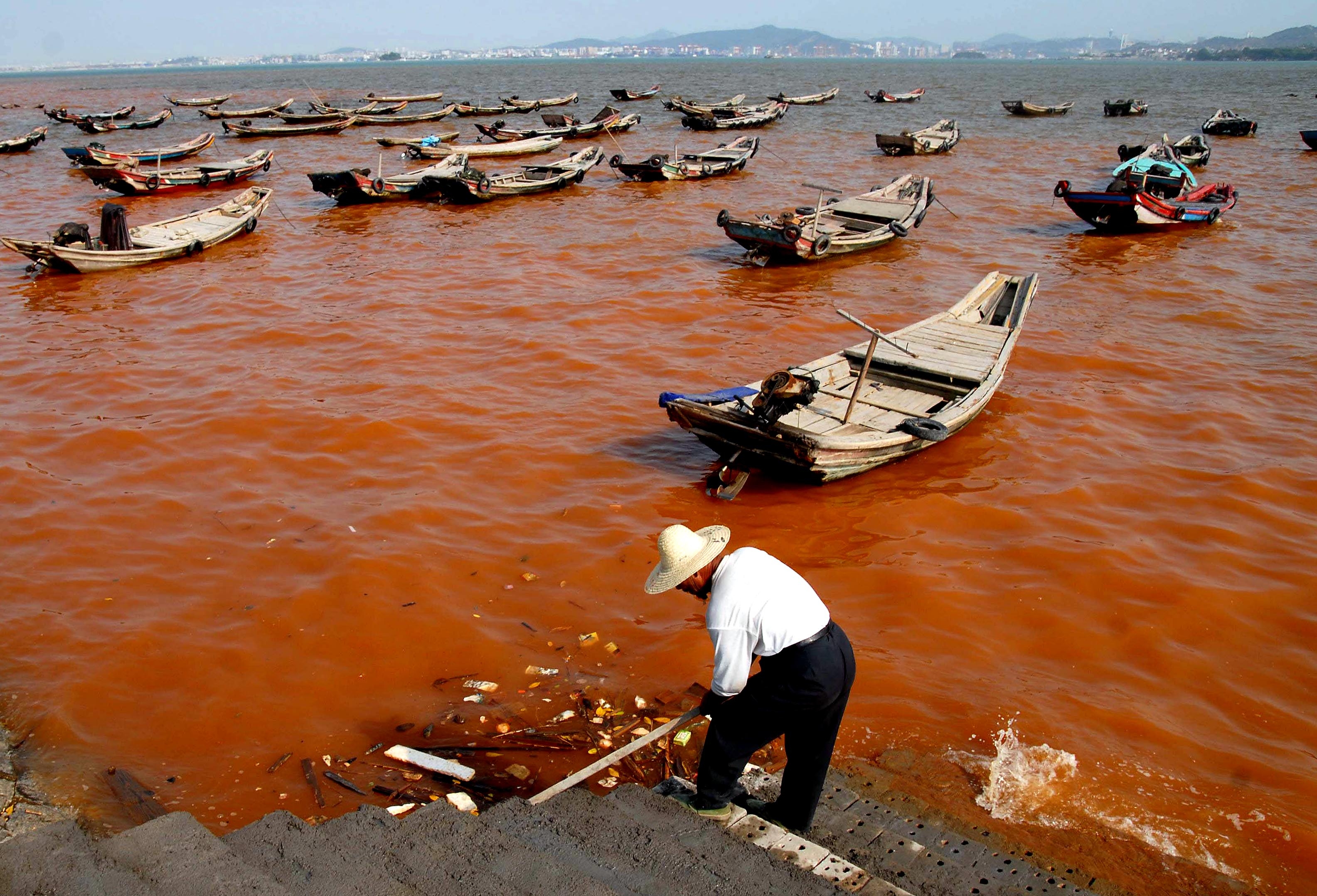 The global trade environment is undergoing an unexpected radical period of change. One of the first acts of the Trump White House was to remove the U.S. from the Trans-Pacific Partnership. With the U.S. out, China, which was not part of the original negotiations, stepped into the gap. This past March, the signatories of the TPP met in Vina del Mar, Chile, and Canadian officials, just months after signing the deal, found themselves renegotiating the TPP with China rather than the U.S. China’s trade advances could lead to enormous opportunities for Canada’s water cleantech sector.

Demand for clean water
China’s domestic water crisis is no secret. The country is undergoing an unprecedented economic evolution. Millions of former peasants have taken on an middle-class lifestyle. The effect on the country’s water resources has been dramatic. The amount of wastewater discharged in China increased from an astounding 41.5 billion tonnes in 2000 to 68.5 billion tonnes in 2012. Not surprisingly, the country’s watersheds are under pressure, with at least one-third of China’s lakes and rivers unfit for human consumption, and 73 per cent of the watersheds facing medium-to-high pollution levels. Beyond that, surface waters are also subject to the runoff of fertilizers, pesticides, fungicides, and livestock waste in addition to point source pollution from textile, paper, and chemical manufacturing.

To address these challenges, the government has implemented an action plan that will divert a mighty flow of cash—US$320 billion so far—into the water cleantech sector. And a recent estimate from the Asian Development Bank suggested that  US$800 billion for water and sanitation infrastructure would be needed over the next 14 years.  If a free trade agreement can be struck between the Canadian and Chinese governments, it seems Canadian water companies are on course to tap into a huge market.

Wei Feng is North American regional director for Umore Consulting, a Chinese management consulting firm that specializes in facilitating cross-border partnerships in the cleantech sector. He discussed the new focus of the Chinese government on water issues. “According to China’s 13th five-year plan, the nation is transforming from labour-intensive to technology- and knowledge-intensive, there is a huge demand for technologies,” said Feng.

In the water sector, China’s approach has focused on two areas of need: decentralized municipal wastewater treatment for rural households and large-scale watershed remediation due to heavy pollution of the rivers. According to Feng, projects typically take the form of a public-private partnership (P3), so companies can retain ownership stakes in projects over the entire lifecycle.

“For a typical decentralized wastewater treatment project in a rural area, the government would package a few villages together and would tell the engineering firms to cover the geological area. If you can provide a design to serve the individual villages in these three towns—say, a wastewater collection and treatment system for 1,000 households, and you can own and operate the facility, the government can pay you over 20 years,” he said. “Many state-owned environmental EPCs got orders over $100 million in the last two years, but they do not have a reliable technology nor a team to deliver the project, so they are seeking for collaboration with foreign companies.”

Business can be done through direct sales, licensing, or in conjunction with a [Chinese] partner. But as proof of feasibility, Feng said that the partner will typically require a company to set up a small-scale demonstration site to prove the technology works in local conditions

Céline Bak, president of Analytica Advisors, an Ottawa-based company that monitors and reports on Canada’s cleantech sector, agreed that there are huge opportunities in China. “There are literally trillions of dollars’ worth of opportunities in terms of the remediation challenges,” she said. However, Bak also warned that foreign companies need to be cautious. “You need to have a sophisticated partnering strategy. […] The rule of law is improving in China, but it’s still tough to take people to court. You still need to be aware of where intellectual property (IP) is established, and where it will be housed. The need for a local partnership that can take a complementary approach to IP is important.”

Bak recommended that firms take advantage of the services offered by trade commissioners in Canadian embassies and consulates. “Trade commissioner services in China can provide local expertise. They’ll have locally-engaged sources. They will know who the academic institutions and institutes to go through to get certification on project results,” said Bak. “So those offices are a good place to start. They are a great resource.”

See also  Is Energy Neutrality Worth It?

Success vs. failure
Dr. Brent Wootton, director of Fleming College’s Centre for Alternative Wastewater Treatment, has been to China a dozen times as both a research consultant and as a part of government-run trade missions. He cautioned that those hoping to go to the Middle Kingdom temper excitement with a deeply pragmatic business plan.

“China has a history of bringing over westerners to help advise them on stuff. That’s a long tradition,” said Wootton. “There is an infinite number of ways a company can fail in China. You can be wined and dined and courted on trade missions when big leaders are involved. It can be very seductive.” Sometimes the initial excitement has trumped practical business decision-making. “It’s like some of these companies come up with a plan and then they throw it out the window.”

The most common mistake said Wootton is that companies project their own culture onto the foreign market. “Executives will say that our attitude of cultural tolerance of difference is all that is required. ‘We’re Canadian. We’re accepting and multi-cultural, so we’re comfortable.’ And while that is important, that’s not enough. You have to have a pretty deep understanding of the culture,” he said.

IP reservations
When it comes to identifying a business partner, business leaders should find a bonding model. “Creating solid dependencies is a good strategy. One example is to go into the market selling expertise and knowledge. Some say IP is the first concern. And companies will say, ‘They promised me they won’t steal IP.’ But decide if the market is big enough that if you lose your IP it’s not going to matter,” said Wootton. Other companies will want to get paid up front in advance. “Go in saying, ‘We’re going to sell our product.’ Understand that might put IP at risk. Maybe the model can be, ‘They’re going to make it. But they need to pay us to show them how to make it’. They’re not going to make it without our expertise. Go down to that level of dependency.”

Returning to the idea of a simple, pragmatic approach, Wootton suggested companies design a short, uncomplicated business plan. “Assume that you get two or three years of good business and that makes it worth it. That’s what the pragmatic approach is about,” he said. “Overly ambitious plans fall apart.”

Another bit of advice he offered was to define exactly what it is each partner will do. “Create a sales strategy rubric of how you define success, and then really follow it. Ask specific questions. Formulate a test. Define the quality of sales leads and how a sales funnel will work. […] and know how much money you can lose,” he said. Wootton said that it is important that Canadian companies know when to get out of a business deal; too often, small companies make the mistake of sinking money into a transaction until it destroys them. “The ones that made it figured out the rules and parameters that determined success for them and stuck to that plan.”

Still, for those that can figure this balance out, and learn to adapt to the Chinese market, the possibilities are attractive. Feng said, “There is a lot of money to be made for those who are willing to put in the time and effort.”

Editor’s Note: Since Water Canada published this story, Alberta has entered into a landmark agreement with the Chinese province of Guangdong to address water quality. Click the link to read our coverage.