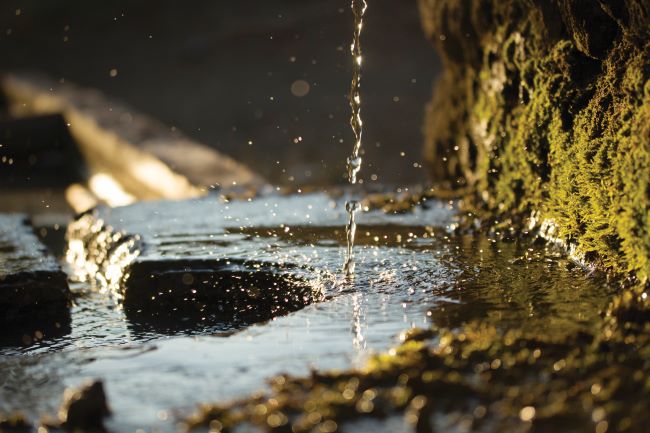 Groundwater is a critical resource that is “overlooked and undervalued,” its degradation incurring “enormous costs for society,” according to the Canadian Expert Panel on Groundwater. Although 30 per cent of the population relies on groundwater for potable use, increasing to 80 per cent in rural areas, due to its unseen nature, it is easily ignored.

Over the past several decades, Canada’s steadily increasing population and industrialization have led to a steady decline in groundwater quality, with estimates of more than 30,000 contaminated groundwater sites contributing to the significant problem. Contaminants such as fuel hydrocarbons (e.g., gasoline, diesel, jet fuel) and chlorinated solvents from spills at industrial, military, and dry cleaner sites are some of the most frequent contaminant types requiring cleanup. Although this is a growing problem, most contaminated sites, and efforts to resolve them go unnoticed by the general population.

However, with daily news sources sharing stories on PFAS (per- and polyfluoroalkyl substances) and their effects on the environment, the public’s awareness is rising.

In the past few years, PFAS, have emerged as an alarming environmental and human health issue. A 2019 Health Canada report found the chemicals in the blood of virtually everyone tested, even surpassing the detection frequency in the U.S. population. Exposures to PFAS have been associated with many health problems, including a range of cancers, while toxicologists have only begun to scratch the surface on studying the health effects of the compounds, individually and cumulatively.

‘Forever chemicals’ number in the thousands of individual compounds and are widespread globally, with impacts being felt as far away as the Northern Territories and Greenland. PFAS, perhaps more than any other contaminant class, are prompting many to take notice of groundwater. The societal cost to address PFAS will be steep—one estimate suggests 42,000 sites and $80 billion for cleanup worldwide.

One Canadian groundwater remediation firm is leading the way to address the PFAS problem.

Rick McGregor, president and CEO of Ontario-based In Situ Remediation Services, Ltd. (IRSL), was the first to demonstrate the successful in situ (i.e., in-place) treatment of PFAS in groundwater. A University of Waterloo-educated hydrogeologist, his approach involved sequestering the contaminants in place using a patented form of colloidal activated carbon (CAC).

CAC comprises of micron-sized particles treated with an anti-clumping agent that allows the material to flow through the small openings between individual soil grains. With an ink-like appearance, the amendment is injected into the subsurface using wells or specialized screens drilled and installed into the contaminated zone. The material coats aquifer solids with a film of activated carbon upon injection. Organic contaminants like PFAS adhere to CAC-coated solids and are filtered out of groundwater, eliminating any potential exposure risk.

In 2016, IRSL successfully implemented the first in situ PFAS treatment, completing a project in Central Canada where fire-training exercises using PFAS-containing firefighting foams were conducted during the 1970s and 1980s. The PFAS released from the foam migrated through the subsurface and impacted the shallow groundwater.

Following treatment, the contaminants were sequestered onto the carbon and removed from groundwater by the first post-injection sampling event three months later, achieving reductions to the low parts-per-trillion laboratory detection limits. These reductions have been maintained for over five years thus far, making it the longest-running sustained in situ PFAS treatment worldwide.

While the first PFAS site’s treatment has proven to be effective for half a decade, there is great interest in solutions that remove PFAS from groundwater and eliminate exposure risk for much longer. Extended in situ PFAS treatments are especially desirable since alternative approaches are energy-intensive, thus not sustainable, and economically impractical to address most impacted sites.

To answer the longevity question, McGregor teamed with Dr. Grant Carey, president of Porewater Solutions and an expert in mathematical modeling, site characterization, and environmental forensics. With a Ph.D. in civil engineering from the University of Guelph, he has developed modeling and visualization software many in the industry rely on for groundwater assessment and remediation.

For the Central Canada PFAS project, Carey was asked to develop a model to estimate treatment longevity. The modeling results, published in the peer-reviewed industry journal Remediation and coauthored by McGregor, indicate the CAC treatment will contain PFAS within the treatment zone and prevent further PFAS migration in groundwater for more than 60 years.

Due to its passive approach, which does not require equipment installation or long-term maintenance, IRSL implemented the in situ treatment at a small fraction of the cost of operating a groundwater extraction and sorption treatment system, the other remedial alternative considered.

Since their first PFAS treatment, IRSL has completed additional PFAS remediation projects, both in Canada and internationally. All are proving successful. A recent PFAS Remediation Experts Symposium, memorialized the results at three of the IRSL in situ PFAS treatment sites, showing 18 months or greater total PFAS elimination thus far as performance monitoring continues.

CAC’s high surface area to mass ratio results in rapid removal of PFAS and other organic contaminants from groundwater (i.e., days to weeks) following application. The approach is used to stop migrating PFAS plumes and eliminate exposure risk to potential receptors downstream, like potable wells or surface water bodies. As Carey’s modeling estimates at the Central Canada site suggest, a standard in situ CAC treatment is typically designed to sorb PFAS and prevent their migrating in groundwater for decades.

Beyond PFAS, IRSL continues its full project load in remediating other contaminants using the in situ approach, using the CAC material to remediate numerous chlorinated solvent sites across Canada. Chlorinated solvent treatments are usually combined with other chemical substrates that cause contaminants like tetrachloroethene and trichloroethene to be transformed into harmless byproducts via a biogeochemical reduction process. These added substrates include materials that feed hydrogen into an aquifer at a controlled rate, facilitating microbial degradation of the solvents, and colloidal zero-valent iron, which creates conditions that significantly improve the timeframes to treat these contaminants fully.

Working in the field to address PFAS and other contaminants directly, McGregor knows that correctly targeting the treatment and effectively distributing the amendment(s) are needed for remedial success. He shares that “One of the big advantages of in situ is the ability to target the actual area of contamination. So, you’re being a lot more effective with your remediation reagent, as well as with how you’re putting it in the ground. In the case of PlumeStop® (CAC), it’s one of the easiest reagents to inject physically. We can actually get it into the ground and get very good distribution.”

McGregor and Carey are principal figures in restoring groundwater in Canada and beyond. Their combined efforts have led to the successful remediation of many contaminated sites throughout the world. Together, they have moved the industry forward in its nascent efforts to assess and combat the PFAS problem using sustainable approaches, employing technological innovation, and supplying the industry with expert modeling and consulting support. Groundwater, an often overlooked but precious resource, has not escaped their attention.