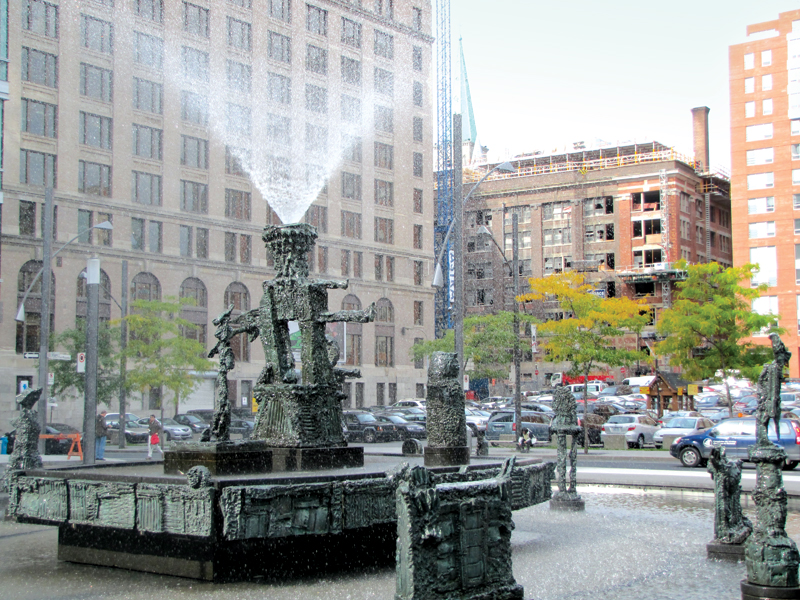 Montreal taps were running a tad muddy after a pump at one of the city’s six water treatment plants malfunctioned in May. But a rapidly issued boil-water advisory left officials there acknowledged for transparency and prompt action.

The Atwater plant was undergoing an upgrade when residents and business owners in two city boroughs reported discoloured water. Within a couple hours, officials were cautioning residents and investigating to find out exactly what happened.

While 1.3 million people got their kettles whistling or turned to other sources for drinking, the city determined that sediment inside the plant was stirred up after a 60-year-old pump failed to shut off.

The sediment came from inside the plant and early tests gave the all-clear, so city officials lifted the advisory after 36 hours.

“The safety of Montrealers is our top priority,” then-Mayor Michael Applebaum told journalists afterward, when the city had a report in hand detailing the events that occurred and recommending initial measures to avoid a reoccurrence.

What happened, in fact, was an unintended and unwanted consequence of work being done to upgrade the century-old Atwater plant. City spokesperson Jacques Lavallée says the pump was supposed to reduce the water level inside the plant by a third, yet continued to run without triggering any alarms.

The plant is monitored 24 hours a day, and the problem came to an employee’s attention at 6:30 a.m. By 8:00 a.m., realizing sediment had entered the city’s drinking water supply, officials issued the boil-water advisory as a precaution even though the sediment had been sitting in chlorinated water.

“We reacted immediately,” Lavallée says, explaining that the city used both traditional communications and social media platforms like Twitter to get word out.

“It was treated water in the original tank, so the likelihood that this water was contaminated was very minimal, but we didn’t want to take any chances,” he says.

After lifting the advisory, the city set up a steering committee to oversee the upgrade. Lavallée said the committee will consider measures such as increased overnight and weekend supervision.

Ronald Gehr, an associate professor of civil engineering at McGill University who was part of an expert committee that reviewed initial plans for the upgrade back in 2007, concurs that sediment from inside a chlorinated facility should not present a health problem.

“When a pipe breaks and sand or soil gets into the pipe from outside, that’s cause for alarm. But this wouldn’t have posed a danger.”

Gehr says malfunctions happen from time to time. Large treatment facilities can contain hundreds of sensors and other components and, beyond regular maintenance checks, it’s almost impossible to predict when a particular part might fail. Gehr says he’s satisfied Montreal officials acted prudently and to the letter of the law by quickly issuing the boil-water advisory.

“Once you have a law in place, you can’t do it case by case. If something really went wrong or people got sick, it would have been real trouble. So, for safety’s sake, you issue a boil-water.”

Robert Haller, executive director of the Canadian Water and Wastewater Association, says Montreal’s immediate response is the example all municipalities and water authorities need to follow when the unexpected happens.

“Err on the side of caution,” Haller says, explaining that adhering to procedures promotes user confidence. “Consumers feel safe if they know the city’s going to do the right thing. Don’t do the tests to find out if it’s hazardous and then tell people afterward when it’s too late.”

Both Haller and Gehr say they don’t believe the malfunction raises bigger issues regarding infrastructure investments because, as it stands, the plant was already undergoing a significant upgrade.

“They’re upgrading it (Atwater) to the real state of the art,” Gehr says. “This plant is going to have three disinfection technologies: ozone and UV, as well as chlorine.”

In fact, Lavallée says, Montreal is highly conscious of the need to upgrade old infrastructure. “That’s why over the last four years we’ve invested $150 million to upgrade the water treatment unit at the Atwater plant.”

The challenge in effect has been to upgrade the plant even while it remains operational. But the upgrade is on hold until the new steering committee comes up with a plan to move forward.

The Atwater plant, one of six in Montreal, “is vital to the needs of the population,” Lavallée says. “We need to keep it open.”

Raymond Louie, second VP of the Federation of Canadian Municipalities and a Vancouver city councillor, says the Montreal incident highlights how important water is and how important it is that all levels of government participate in the renewal of infrastructure. “What happened in Montreal was well managed,” he says. “It’s a positive thing that they’re able make the investment, and it’s a question of having enough systems in place to avoid situations that could be far worse than what we experienced there.”  WC