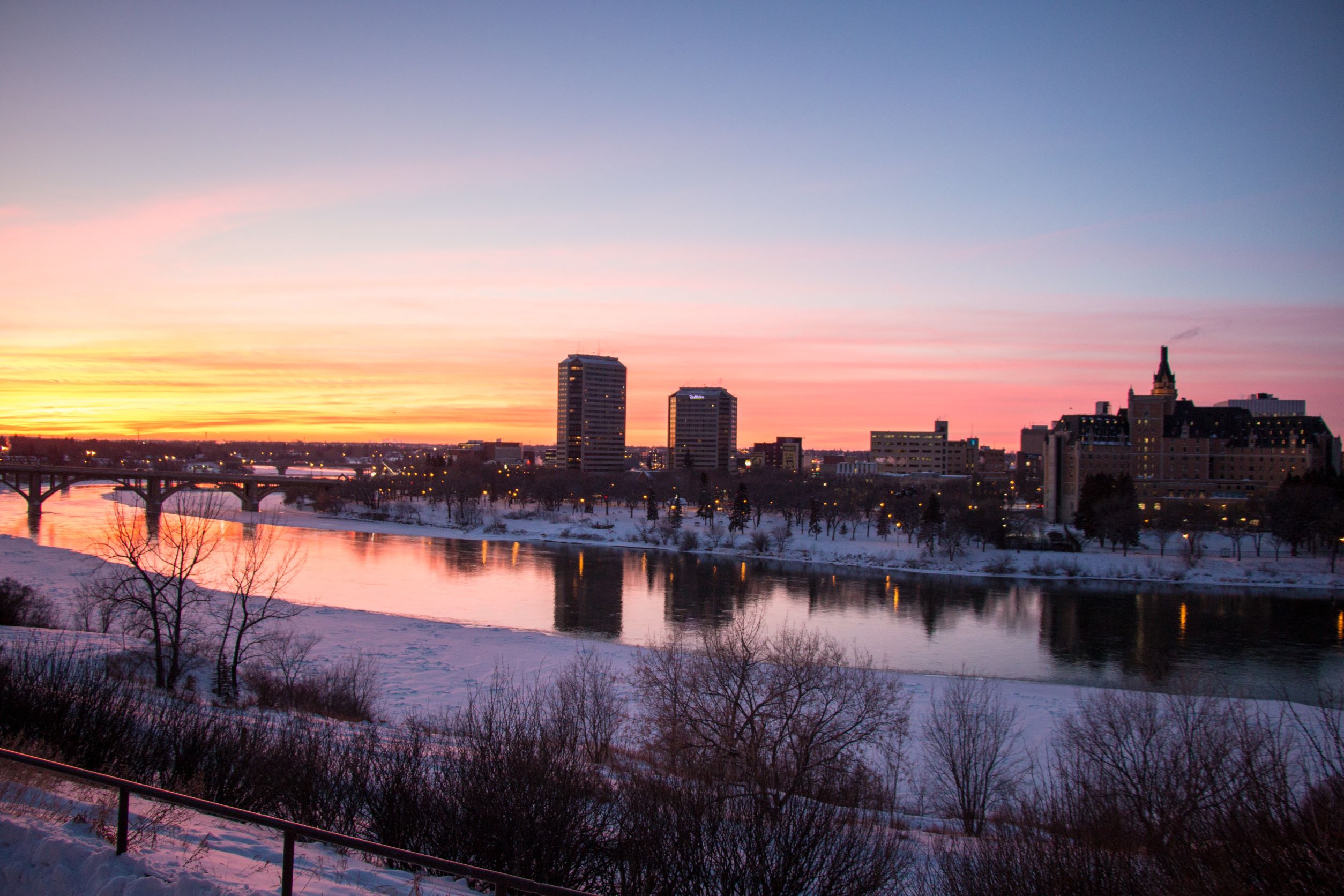 Stormwater is rainfall and snowmelt that runs off land into isolated storm sewers (separated stormwater sewers) or systems that collect a combination of stormwater and municipal wastewater (combined sewers). Most urban areas in Canada developed prior to the 1940s were originally served by combined sewers, while newer and updated systems typically include separate systems.

Saskatoon is the largest municipality in Saskatchewan and its stormwater is conveyed in a separated sewer system, with most of the over 100 outfalls being directed to the South Saskatchewan River with minimal or no treatment. Stormwater can contain high levels of pollutants such as nutrients, organic matter, pathogens, metals, polyaromatic hydrocarbons (PAHs), and salts. In addition to these water-borne pollutants, stormwater outfalls also transport larger floatable debris such as leaves, plastic and other trash, and rubber tire and road wear particles.

Despite the poor water quality, stormwater outfalls to receiving waters are not currently regulated across all Canadian provinces. However, it is anticipated that regulations for stormwater release will eventually be created, with strict quality requirements similar to current municipal wastewater effluent regulations. Thus, there is a pressing need to better understand the environmental impacts of stormwater runoff pollutants and debris on receiving waters in Canada.

The City of Saskatoon has launched a number of initiatives that are designed to protect the environment from contents within stormwater. Initiatives include the annual street sweeping program, numerous storm ponds that help reduce contaminants and manage water runoff, and a new Snow Management Facility. Meltwater from the Snow Management Facility runs through an oil and grit separator into a meltwater/stormwater pond. The meltwater then enters a series of specially designed barriers before being discharged in a controlled manner into the stormwater system. The City also participates in the Yellow Fish Road Program every year to educate residents about the impact communities can have on water runoff.

In anticipation of potential future regulations, and in addition to the abovementioned initiatives, much research has been undertaken in Saskatoon, and in other municipalities worldwide, to determine the levels of nutrients, salts, metals, and PAHs in stormwater. Active collaborations around stormwater quality were initiated between the University of Saskatchewan College of Engineering and the City of Saskatoon Stormwater Utility through an Engage Grant of the Natural Sciences and Engineering Research Council of Canada (NSERC) led by Dr. Kerry McPhedran.

McPhedran holds the Centennial Enhancement Chair in Water Stewardship for Indigenous Communities and leads a group of researchers in environmental engineering, with a focus on municipal water and wastewater treatment, industrial wastewater treatment, and Indigenous water-related research. In 2019, this effort was joined by Aquatic Toxicologist Dr. Markus Brinkmann, who is an expert in surface and wastewater quality assessment and monitoring and a faculty member in the University of Saskatchewan’s School of Environment and Sustainability, as well as the Toxicology Centre, the Global Institute for Water Security, and the Centre for Hydrology.

Both professors co-supervise engineering graduate student Hayley Popick, research assistant Scott Read, as well as a number of undergraduate research students who had the opportunity to make valuable first-hand experiences in conducting applied research in partnership with a large municipality. Analytical support was provided by Dr. Jonathan Challis, a Banting postdoctoral fellow at the Toxicology Centre. Russ Munro, director of Saskatoon Water, as well as Mitchell McMann, the City of Saskatoon’s stormwater utility manager, and their teams have provided significant support to these research and monitoring efforts and continue to support the City’s strategic goal of environmental leadership through these efforts.

In a recent study under this partnership, the research team has used non-target chemical analyses (i.e., unbiased chemical screening methods, to identify novel contaminants of potential concern in Saskatoon’s stormwater). This study focused on samples taken from snow facilities, snowmelt puddles, and about a dozen outfall sites along the South Saskatchewan River within the City of Saskatoon in 2019 and 2020.

We found elevated levels (up to 300 µg/L which are among the higher levels detected globally) of rubber-tire derived chemicals that leach from road wear particles. This includes including N,N′-diphenylguanidine, N,N-dicyclohexylmethylamine, N,N′-dicyclohexylurea, 1- cyclohexyl-3-phenylurea (CPU), as well as 2-anilo-5-[(4-methylpentan-2- yl)amino]cyclohexa-2,5-diene-1,4-dione (6PPD-quinone), a chemical that has recently been identified as highly toxic to coho salmon in Washington State, USA.

Our findings indicate that high concentrations may be driven by accumulation of these chemicals on paved surfaces during extended dry periods in Saskatoon’s semi-arid climate, followed by occasional intense rainstorms in the summer and snowmelt in the winter. In the absence of toxicity data for aquatic organisms other than coho salmon, which is not found in the South Saskatchewan River, it is currently unclear whether these chemicals represent an acute risk to environmental health. More research is needed to answer this question. The results of our study (https://bit.ly/RubberDerivedChemicals) have been recently published in the prestigious peer-reviewed journal Environmental Science & Technology Letters.

Informed by the findings of this study, it became clear that more work is needed to understand the levels and emission dynamics of rubber tire and road wear particles, as well as floatable debris. The goal of a recently awarded NSERC Alliance partnership grant is to assess the value and feasibility of using stormwater outfall catchment bags to prevent floatable debris from entering the South Saskatchewan River through Saskatoon’s stormwater outfalls.

These reusable bags are made from high-density polyethylene material and have been used in other municipalities across North America to intercept floatable debris before it can enter receiving water bodies. This proposed proof-of-concept study will initially focus on two major outfalls and, if successful, the City will evaluate the feasibility of potentially equipping other major outfalls along the river with these bags versus other debris limiting methods (e.g. additional street sweeping, upstream treatment, etc.).

In addition to floatable debris, this research project will establish methods and strategies to better understand the spatial and temporal emission dynamics of microparticulate contaminants (e.g., rubber tire and road wear particles, microplastics, brake abrasion dust) as well as dissolved contaminants that originate from these particulates.

In summary, we strongly believe that these collaborative research initiatives between the City of Saskatoon and the University of Saskatchewan will immensely benefit our understanding of the dynamics of stormwater contamination in the City. We also believe these research initiatives will benefit similar municipalities both in Canada and worldwide, and will continue to make tangible contributions to the advancement of environmental health.

Markus Brinkmann is an assistant professor in the School of Environment and Sustainability at the University of Saskatchewan.

Kerry McPhedran is an associate professor in the College of Engineering at the University of Saskatchewan.