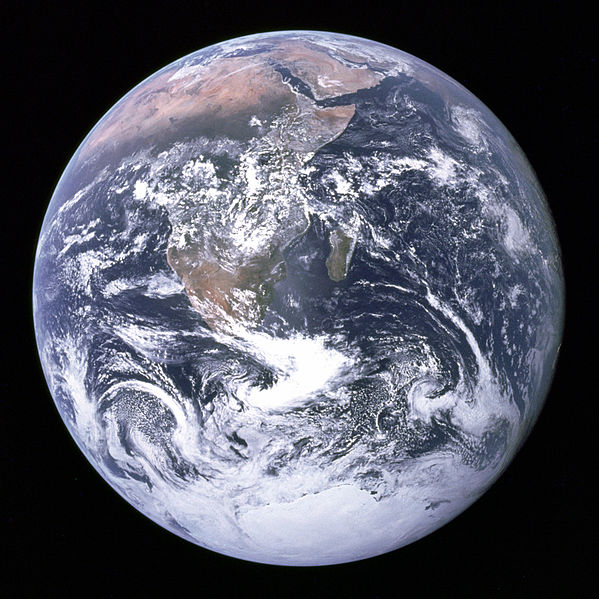 “People ask what Manitoba and Israel could possibly have in common. Well, the answer is water. And we’re learning through collaboration how we can do things better,” says Christine Melnick, Manitoba’s minister of water stewardship.

It turns out that Israel isn’t the only country that has water in common with Canada. Entities such as NATO have sought Canadian expertise and partnership for work in places such as Egypt and Jordan.

In Canada, we’re doing pretty well. Ontario and Singapore recently signed an MOU on water technology—Singapore proudly credits some of its water management success to collaboration with Canadian companies such as ZENON and Trojan Technologies. As part of Israel’s Eilat-Eilot Renewable Energy Conference last February, a large group of Canadian experts made the trip to the Arava Desert. The motivation? A cross-jurisdictional innovation dialogue on renewable energy and water technology that promotes shared knowledge and resources between the two countries.

It’s not just about knowledge transfer, it’s about opportunity—even countries already well known for significant success in water management, such as the Netherlands, are coming to Canada to collaborate.

Manitoba + Israel
“When I was appointed minister, I knew a lot of work had been done in Israel. I thought, ‘Rather than attempt to reinvent the wheel, why don’t we partner?’” says Melnick. During a private visit in January 2007, she visited Israel, connecting with water experts and touring relevant sites. Finally, she pitched the idea of collaboration. “They were very open to it,” she says. “When I came back to Manitoba, we talked about the most effective way to do it and decided on a small symposium.”

That small 2008 symposium focused on three issues important to both jurisdictions: the role of wetlands and forest in carbon sequestration, wastewater treatment, and the safe use of treated wastewater and greywater for irrigation. At the end, Melnick announced a modest $100,000 in funding for collaborative projects. The ministry received several proposals and decided on a joint project on wetlands and watersheds between Manitoba’s International Institute for Sustainable Development and the Galilee Technology Center in Israel. It launched in June 2009.

In January 2010, Israel hosted a second Manitoba-Israel Water Experts Symposium that continued the discussion on wetlands, human impact and conflict, and biological and ecological response of aquatic ecosystems in face of crisis. Several further agreements have followed, including the pairing of Manitoba’s Oak Hammock Marsh with the Hula Valley wetland in Israel—the two became sister marshes in October 2010. With support from Ducks Unlimited Canada (DUC) and the Jewish National Fund, the agreement allows both countries to share their expertise on protecting wetlands, as well as to promote environmental stewardship and ecotourism, and to provide the opportunity for the development of educational materials.

“Even though the climates are different—Hula Valley has a much warmer Mediterranean climate than here in Manitoba—both wetlands share a similar history,” says Pascal Badiou, research scientist for DUC. Both wetlands were drained mid-century for the unsuccessful conversion to other land uses, but then restored in subsequent years. Oak Hammock Marsh was drained to make room for more crop production while the Hula was drained to combat malaria.

Melnick says that a least 30 potential projects were identified as a result of the second symposium. “You have to invest, and you have to nurture these partnerships,” she says. “The technologies might not work in each climate, but with collaboration, there’s the potential to make products and solutions universal.”

Peterborough + the Netherlands
In March 2011, the Greater Peterborough Innovation Cluster (GPIC) and the Regional Development Agency East Netherlands (Oost NV) signed a memorandum of understanding (MOU) to collaborate on transatlantic research and business development opportunities and to advance the progress being made in the water technology field. The Eastern Ontario Development Program, along with the Federal Economic Development Agency for Southern Ontario, funded the MOU’s establishment.

To date, the funding has supported a number of activities, including Dutch companies visiting Peterborough in spring 2010 to investigate possible research and business partnerships with Water Quality Centre (WQC) researchers at Trent University, and Fleming College students working with two Dutch companies on market research and penetration studies. As the partnership moves forward, the corporations will be hiring a joint summer intern to map specific opportunities for collaboration in both Canada and the Netherlands.

“We’re excited about the possibilities that this partnership will open up to the companies in the provinces of Gelderland and Overijssel,” says Oost NV’s CEO, Karin van Willigen. “We feel that the research being done at Trent University is a perfect fit for their needs and we are investigating the best ways to turn the research into profits.”

“Through this MOU we’ll shape the Greater Peterborough Area as the hub for Dutch-Canadian partnerships on water tech,” says MOU facilitator Erik Duijsens, president of Innovation Gateway North America. “The first highly innovative Dutch water tech company has already decided to set up shop in Peterborough to develop partnerships from there. We’re convinced that many more will follow.”

He believes that innovation consortia consisting of private companies and the WQC have the potential to work on science-based applications for water testing and water treatment that will lead to cutting edge products and services, and says that GPIC and Oost NV intend to collaborate on three levels:

Business-to-business collaborations: By identifying companies that have an interest in transatlantic project development and matching them to potential partners in the partnering region, entrepreneurs will be supported to establish a base for business. Both the Cluster and Oost NV will provide network and business support to ensure a soft landing for the transatlantic expansions identified.

Business-to-science collaborations: Both Ontario and the Netherlands provide good infrastructure for innovation projects that involve partners from both the business as the science community. It is expected that the companies that express transatlantic ambitions will, to a large extent, have a strong focus on technology. Therefore part of the collaboration will involve regional knowledge partners like Trent University and Wageningen University and Research Centre and their respective scientific and educational partners.

Policies and strategies on regional developments: Both the Cluster and Oost NV are located in relatively rural areas and share the focus on environmental technologies when attracting investments and developing projects. Also, they both have strong ties with the universities and colleges in their jurisdictions. The partners would like to exchange best practices on policies and strategies to achieve maximal synthesis on all possible levels.

“At the end of the day, what we want is to create economic value in both regions through identifying, building, and actually running collaborative projects that will strengthen the knowledge position and therefore the business proposition of Ontario-based water tech companies,” says Duijsens. In the end these companies will be better able to address the challenges Canada faces regarding water quality and quantity.”

Newfoundland and Labrador + Jordan
Through NATO funding, the water resources management division of Newfoundland and Labrador’s department of environment and conservation is now working in collaboration with the Kingdom of Jordan. The project is part of NATO’s Science for Peace and Security Program. Partners in Jordan include Mutah University and the Prince Faisal Center for Dead Sea Environmental and Energy Research, the Ministry of Water and Irrigation, and the Royal Scientific Society.

The goals? Establish a real-time water and weather monitoring network to help Jordanians build capacity for governance and climate issues, develop and extend water resources applications such as databases, prediction tools, and application of integrated berth observation systems, and help build capacity among young scientists in Jordan—“a critical piece for the long-term,” says Ross Wiseman, Newfoundland and Labrador’s minister of environment and conservation.

The two key individuals leading the project see it as a tremendous learning experience, says Wiseman. “They’ve adapted nicely to working in a different environment. There’s a different political climate and dynamics with nations around Jordan that they don’t experience here, but they’re excited about their work and were welcomed with open arms.”

Their job, over the course of three years, includes establishing nine stations that will be real-time water quality and quantity monitoring networks complemented by three automated weather stations augmented with three web cameras that will feed into a central database at the command centre. “We’ll be looking at a number of water bodies, including the Dead Sea, the Jordan River, and the Yarmouk River. We’ll take that information, feed it into the database, develop prediction tools, and put systems in place to contain the monitoring process,” says Wiseman.

Why Newfoundland? “We’ve developed a certain expertise in this area and made a commitment to water quality in our province,” says Wiseman. “The people who work in the water resources division are actively involved nationally and recognized as leaders in their field. It’s a combination of all of these things that has given rise to international recognition. We bring our strengths into other jurisdictions, and that’s what’s given us the ability, the human resources, and skills to transfer the knowledge and expertise that we’ve developed.”

Globally, Wiseman believes, it’s in Newfoundland’s best interest to work collaboratively on climate change, environmental issues, and water quality. “We have an obligation as a province and nation to share it with other jurisdictions that may have the same challenges and issues.”  WC