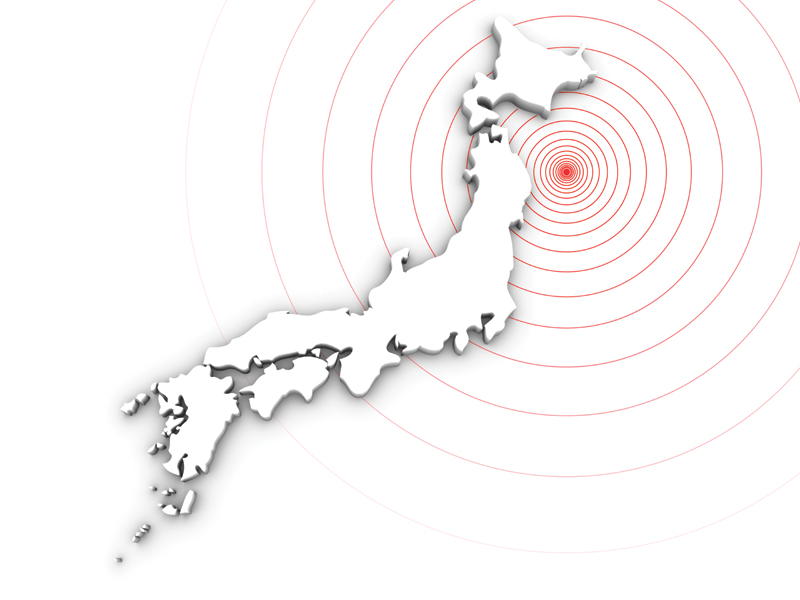 The nuclear disasters caused by a massive earthquake and devastating tsunami in Japan have heated up concerns over water safety and radiation. Authorities reported increases of radioactive iodine in water sources surrounding the Fukushima site. The major issue? Steam released from the nuclear plants included radionuclides. A radionuclide is an atom with an unstable nucleus that falls apart and emits ionizing radiation that carries enough energy to cause chemical changes in biological materials, such as DNA, and can lead to the development of cancers.

If a source of radiation is external, people can reduce exposure by getting further away from the source, decreasing the length of exposure, or shielding themselves with protective materials. If, however, people breathe contaminated air, or consume contaminated food or water, exposure depends on both the physical half-life (how long the nuclei take to decay) and the biological half-life (how long the material stays in a system).

According to Dr. Tom Kosatsky with the British Columbia Centre for Disease Control, the radionuclides that pose the greatest health concerns are Iodine-131, Cesium-137, and Strontium-90. Iodine concentrates in the thyroid gland and therefore concentrates the exposure to certain cells, but it has a relatively short physical half-life. Cesium has a long physical half-life and can become incorporated into food webs, but tends to be distributed throughout the body. Strontium lasts a long time and can become concentrated in the bones. It occurs in lower quantities but could become the greatest concern.

Usually, the first step is to test for gross alpha and gross beta radiation. Screening at this level highlights possible samples for concern, which can then be tested for specific radioactive materials. Alpha radiation is often associated with natural sources of radiation such as uranium or radon picked up by groundwater from surrounding rocks and soils. Beta radiation usually comes from artificially produced radionuclides, including uranium mining or fission products from reactors. UBC nuclear physicist David Measday says that gamma radiation can be detected from a litre of water with a germanium detector. The maximum allowable concentration is based on the assumption that you drink two litres of that water every day for a year and yields four per cent of a natural dose.

Monitoring in Canada
To address public concerns of possible impacts from these events, Health Canada’s Canadian Radioactivity Monitoring Network (CRMN) added more testing sites in British Columbia. The CRMN already posts radiation levels online from radiation detectors set up in large population centres across Canada and around reactors and fuel repositories. Tests include precipitation, drinking water, and atmospheric water vapour. As predicted, no change in radiation levels has been detected. Metro Vancouver, which typically tests its three reservoirs for radiation once a year and shares the results in annual reports, also increased the number of radiation tests for its reservoirs but show no change so far. The Canadian Bottled Water Association tests products for gross alpha and beta annually, and sources every four years.

Municipal treatment
The most common methods for removing most radionuclides (other than tritium) from water at municipal-scale treatment facilities are ion exchange, reverse osmosis, and lime softening. Depending on the water chemistry, these methods work at 70 to 99 per cent removal efficiency. The resulting liquid and solid waste products then need to be disposed safely. Tritium, a radioactive isotope of hydrogen produced in nuclear reactors, is chemically so similar to hydrogen, that removal is difficult. The main strategy is preventing contamination of the source water.

Other technologies work for specific radionuclides. Methods for removing Radium-226 and -228 include greensand filtration, precipitation with barium sulphate, electrodialysis/electrodialysis reversal, and hydrous manganese oxide filtration. Removing radium through ion exchange requires an acid solution made with common or potassium salt to rejuvenate the cation exchange medium.

To remove radon from groundwater, the US Environmental Protection Agency recommends high-performance aeration through packed tower aeration or multistage bubble aeration, although these approaches can increase airborne radon. Granular activated carbon (GAC) with or without ion exchange can be effective for removing radon, but the large amounts of GAC required limit its usefulness to smaller systems. As well, disposing the residuals from this process is difficult.

Residential approaches
Removing radionuclides on a residential level may be a concern for private wells. Generally, ion exchange and reverse osmosis systems can remove radionuclides as efficiently as municipal ones, but not necessarily to recognized standards. Health Canada recommends devices that meet appropriate NSF International/American National Standards Institute standards. Furthermore, an individual should have the device tested for effectiveness over time and deal with appropriate authorities to dispose of the collected radioactive liquid and solids wastes.  WC