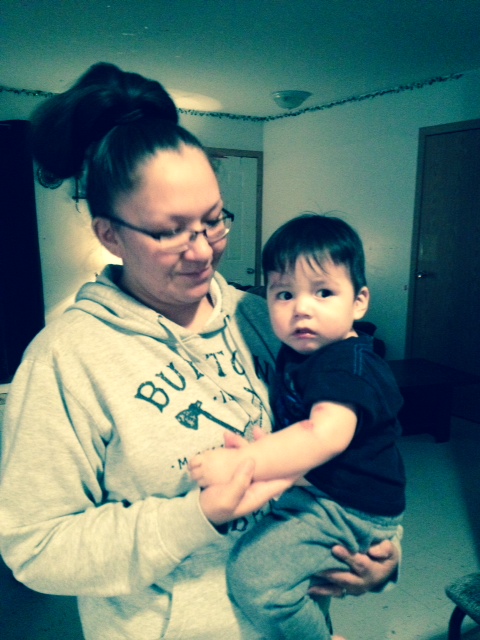 International development experts are well aware that families in poor countries living without a toilet or piped drinking water are at risk for all kinds of health problems. Yet it’s sometimes hard for Canadians to accept that there are similar conditions on some First Nation reserves that may also have serious health consequences.

Canadians who live without a toilet often resort to using a slop pail inside the home and then dumping it outside. This risks contaminating drinking water if the wastewater ends up mixing with groundwater. Stopping the spread of infections is also difficult in homes without enough wash water. Our research team looked for evidence of health effects that First Nations can refer to when they advocate for increased federal funding for water and sanitation infrastructure in their communities.

Our research team is made up of economists, Indigenous political organizations, project managers and First Nations such as St. Theresa Point in northeastern Manitoba, where Chief David McDougall has been calling attention to unsafe water/sanitation for many years.

We started by analyzing information about health and household water already collected through the First Nations Regional Health Survey in 2002 and 2008. It’s the only First Nations-governed, national health survey in Canada.

We found that First Nation residents in Canada with a working flush toilet and a septic system have a 40 per cent greater chance of reporting good health compared to those who don’t have proper sanitation.

Self-rated health was more positive for those with access to a piped water system compared to a cistern system, and least positive for those drinking from a well. Having water delivered by truck was associated with the most distress. This is likely because of concern about water contamination, running out of water and the costs of regular cistern cleaning.

We found that piped drinking water is associated with a 20 per cent reduction in the likelihood of contracting a stomach or intestinal problem compared to residents of First Nation homes where water is delivered by truck. Such illnesses impose a monetary cost for the Canadian taxpayer, as the health-care system deals with more patients and employees are absent from work. The economic cost of infectious and parasitic diseases in Canada in 2008 (including the costs of hospitalization and physician care, drug costs and the cost of lost production due to illness, injury and premature death) was estimated by other researchers at almost $3 billion. A significant proportion of that may be attributable to waterborne illnesses among First Nation residents that could be prevented by replacing cistern water storage with piped water. The $5-billion cost of improving water infrastructure on reserve, estimated through a national assessment in 2011, need not seem so exorbitant after factoring in increased productivity and savings to health costs over the lifetime of that infrastructure.

We also did a door-to-door survey in 2016 in St. Theresa Point, where 13 per cent of homes have no running water. Thirty per cent of people we surveyed said they’ve missed work or school because they or a family member was sick from a waterborne illness. When we asked residents what they would do with their extra time if they weren’t hauling water, many said they would work or look for a job, spend more time with family, exercise or clean.

While our team did not have enough information to do a full cost-benefit analysis of fixing water and wastewater systems on reserves, we are reminding policy-makers to take the costs of inaction into account.

More details on our results are available online.

Dr. Melanie O’Gorman (left) is associate professor of economics at the University of Winnipeg.

Helen Fallding is a former journalist and manager of the Centre for Human Rights Research at the University of Manitoba.

How Financial Actors are Responding to and Driving Water Sustainability