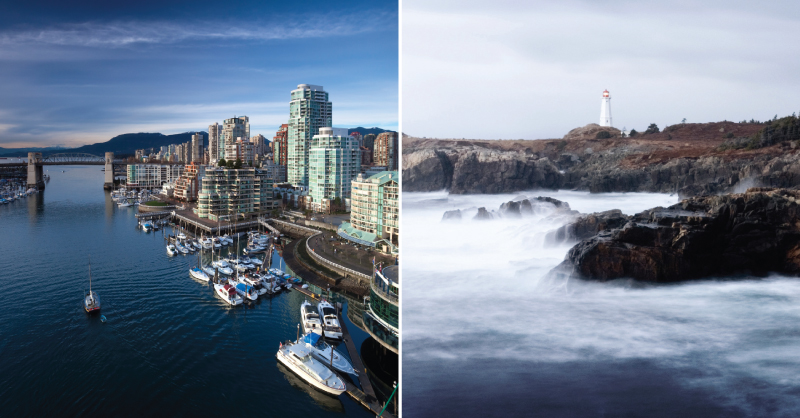 When Albert van Roodselaar, a manager in Metro Vancouver’s utility planning department, says British Columbia is “totally different” from Canada’s other provinces, it doesn’t come as much of a surprise—especially when we’re talking about wastewater management.

Each province will tell you it has unique system to regulate the handling of municipal sewage. In British Columbia, for instance, municipalities can operate under the provincial sewer regulations or opt to create their own liquid waste management plans. On Canada’s east coast, Nova Scotia follows the Atlantic Canada Wastewater Guidelines Manual, but is looking at developing its own standards and requirements.

Under the Canadian Council of Ministers of the Environment (CCME) Canada-wide Strategy for the Management of Municipal Wastewater Effluent, municipalities are now required to provide secondary treatment. For higher-risk wastewater effluent discharges, facilities will have up until 2020 to upgrade, whereas others will have until 2030 or 2040 depending on level of risk associated with existing effluent quality and environmental considerations. Eventually, everyone must meet the baseline federal Wastewater System Effluent Regulations (WSER).

While most people agree effluent must be properly managed, municipalities have some legitimate concerns. Must existing provincial systems compete with the new federal system? Are municipalities now required to report to two higher levels of government? Most importantly, how will municipalities fund upgrades, repairs, and new builds?

As municipalities prepared for their first round of reporting under WSER on May 15, Water Canada spoke with managers from two coastal regions—Metro Vancouver and Cape Breton Regional Municipality (CBRM)—to learn how they’re coping.

While most municipalities are on board with the CCME strategy, they are concerned that having to comply with WSER and provincial regulations could cause confusion.

Van Roodselaar believes in harmonization, or equivalency, one of the main elements of the CCME strategy. “It is not reasonable for two higher levels of government to develop different sets of rules,” he says. “We fear the complexity, overlap, and unnecessary costs of having two masters all of a sudden.”

James Arnott of Environment Canada’s Environmental Stewardship Branch says that as part of the strategy, the federal government has committed to structuring bilateral agreements with the provinces and Yukon. (Northwest Territories and Nunavut do not currently fall under the regulations.) “[Matching regulations] is part of the conversation we’re having with each jurisdiction,” he says. “Some are developing new regulations or updating existing ones. The main message is that [reducing replication] is still a key commitment.”

The proof in the pudding is in the eating, says van Roodselaar.

Arnott says the federal government is moving on agreements as fast as it can. “As we move along the first couple of years [of these regulations], getting these agreements in place as quickly as we can becomes more and more important.”

Another worry is that WSER threatens to add a new level of reporting to already loaded municipal dockets. One of the goals of the CCME strategy was to coordinate “one-window” reporting—that is, municipalities would not have to duplicate efforts to report results to the regulatory bodies. However, Ron Delaney, Cape Breton Regional Municipality’s wastewater operations manager, says that the new regulations require a lot more reporting for his jurisdiction.

“We’re flooded with questions,” he says. “We have to address more sampling, for instance. It’s only easier for government—not us. It’s no easier to apply for permits and go through the regulatory agencies. Our biggest hurdle is getting approvals [from Transport Canada, et cetera].”

To build new treatment facilities and infrastructure, CBRM will have to go off road, requiring a different set of approvals from various government departments. Will approval delays affect the CBRM’s ability to comply with the regulations? “If we can’t get faster responses from the regulator, we’re in trouble,” Delaney says.

For many municipalities, funding is the most pressing issue. In April, the Atlantic Mayors Congress met to discuss issues of municipal infrastructure funding with the provinces. The mayors put wastewater projects at the top of their list of priorities for the renewed Building Canada Fund. “While the goals of the wastewater regulations are laudable, municipalities and their water utilities face crippling costs that will be passed on to residents through taxes or water rates,” said Fredericton mayor Brad Woodside.

Delaney says the CBRM is totally dependent upon funding from the higher levels of government. Compared to the region’s population, the costs of compliance are huge. The regional municipality of under 100,000 has developed a five-year, $300-million capital plan, but the provincial budget announced in April did not include funding for infrastructure. Without the province’s commitment, he says, the CBRM cannot approach the federal government for funding.

“We’re in a holding pattern now,” he says. “We’re paying some of the highest taxes in the province, we have some of the highest water rates in Canada, we have a declining, aging population, and our tax base is shrinking. To operate at today’s rates, the cost is $10 million per year. By the time we get these [upgrades] up and running, the cost will have crept up. That’s a major impact on the municipality’s budget.”

Van Roodselaar agrees that meeting the costs of upgrades is a challenge. “Even with [funding] assistance, we’re looking at a significant cost that would have an effect on [utility] rates. The size of the rate increase becomes part of that issue, particularly since right now people are under economic strain,” he says. “The public purse is only so big.”

Keep calm, comply, and carry on

Despite capacity and funding challenges, both van Roodselaar and Delaney support the cross-country wastewater strategy and WSER.

“We are supportive of WSER—it meshes well with our liquid waste management plan in terms of upgrading to secondary treatment at plants that don’t currently have it. The federal regulations add more pressure and reinforce our timelines, but our concerns are with the details and the need for harmonization between the regulators. From an environmental point of view, we’re doing our due diligence,” van Roodselaar says.

“We want compliance. We want clean water. We’ve cleaned up our environmental problems and we’re moving on,” says Delaney, referring to Nova Scotia’s Sydney Tar Ponds clean-up project. “We can build the mountain; we just need some financial help to do it. It’s a struggle, but we have to stay positive. We want what every other Canadian citizen has. And we want to work toward getting it.”  WC

Wastewater treatment is still relatively new on Canada’s east coast, says Ron Delaney. Sure, there have long been proponents of the “dilution is the solution” theory, but there are other reasons, including a fierce climate. Due to shoreline erosion, tide change, wave action, current, and cool temperatures, sometimes it can be all but impossible to maintain coastline outfall infrastructure. “It gets pretty involved. Once it took me more than five months to get a diver into the water to check an outfall,” Delaney says.