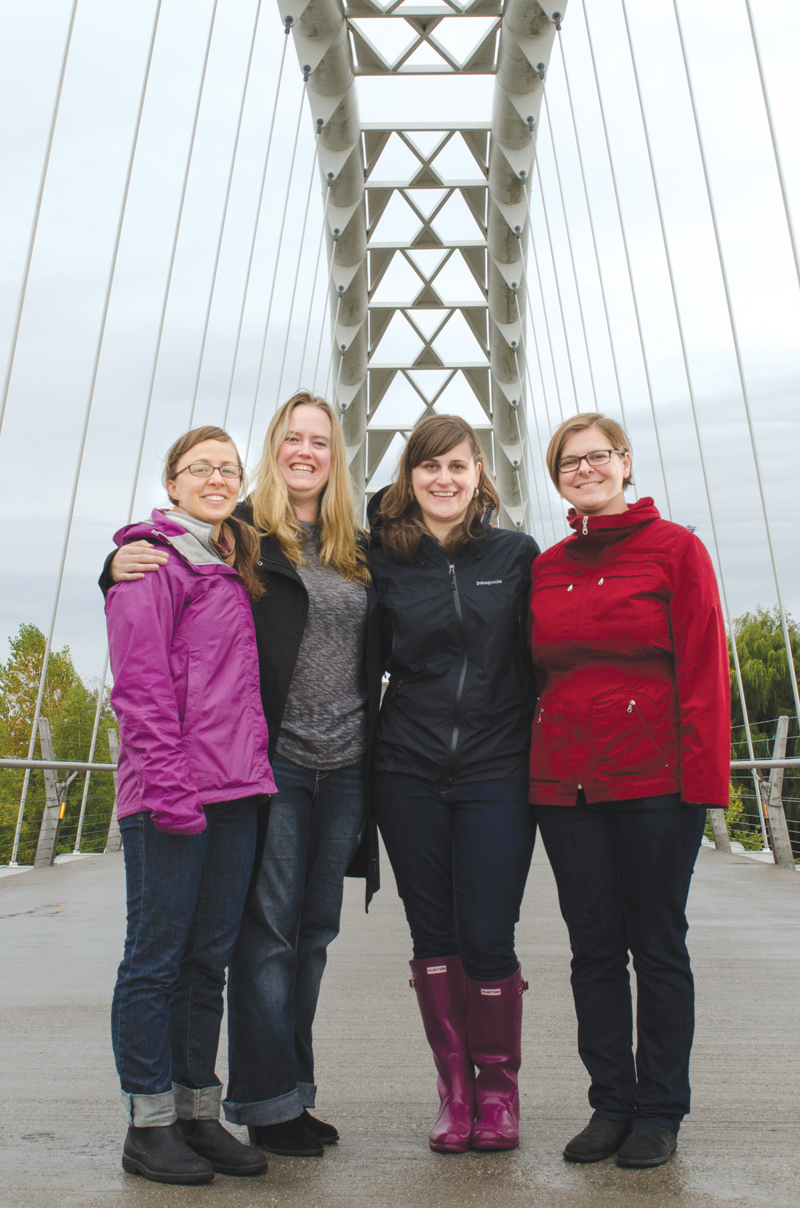 Whether they reflect true political boundaries or an imagined world, truly useful maps require a thoughtful approach—one that causes the user to pause, find answers, and form new questions. A blended love of maps and water brought Toronto-based Penny Beames to York University, where she used Google Earth to create a four-dimensional model of the last 100 years of water-sharing in the Indus River basin for her master’s thesis. The map she produced combined physical attributes, such as irrigation canals and dams, with ethnic demographics and political considerations like changing borders and conflicts between states.

“Google Earth has a timeline capacity, so you could scroll to different parts of the last century to get a picture of that area of the world at the time,” Beames explains. “From a user perspective, that kind of mapping is interesting, but when it comes to information architecture, it’s basically a lump of coal. It’s 10,000 lines of code in one big, fat document.”

While she was pleased with her project, Beames wanted to do more to make her map useful to organizations like International Rivers Network, which during her thesis advised her on the kinds of data it would be useful to collect. About a year ago, she started discussing her ideas with three like-minded friends. They quickly mobilized, and the result is a collaborative effort called Confluvium. As executive director, Beames says the team aims to make it easier for people to understand the complexities of transboundary watersheds—specifically river basins. “We want to take the social, political, and demographic attributes of transboundary watersheds and make them more intellectually digestible,” she says.

Mapping technology has taken off in recent years, Beames says. “We’ve finally reached a point where we can make something dynamic but not completely obtuse, and people are really catching on.” But where does the team find the data? “There’s a lot of information out there. During my thesis project, I put together an entire history of the Indus River from my couch in Toronto using academic journals, scientific reports, and newspaper articles.”

Why has the team chosen to map rivers? “The connection between natural phenomena and political, man-made boundaries is very interesting,” Beames says. “Rivers are playing a good joke on all of us and we don’t even see it. We think we’re smart to devise borders, but when a flood changes the course of a river, it says ‘Best of luck to your political boundaries!’”

Political tension, especially over scarce natural resources, can throw a wrench into the process. “Sometimes countries that share water won’t share the data required to make good decisions. [Holding onto that data] can maintain a power balance that works in their favour,” she says. Even so, Beames sees value in mapping details about the data Confluvium can’t track down. “We want to map the gaps. It could be very illuminating to discover what we’re lacking.”

Confluvium’s future is bright—there is a definite demand for this data. Recognizing that demand, the World Resources Institute offers a tool called Aqueduct, a global water risk mapping tool that helps companies, investors, governments, and other users understand where and how water risks and opportunities are emerging worldwide. Confluvium hopes to offer a similar tool, but one that helps to improve governance. “What kind of information do we need to make good decisions?” Beames asks. “Mapping within the social and political contexts allows us to highlight opportunities for collaboration and a deeper understanding of how we share these resources.”

Confluvium will have to tread lightly, she adds. Mapping is part of a colonialist history and the “map or be mapped” ethos still exists. For the group, it’s about finding the proper balance. “We want to do good work and highlight areas that need further research and quality decision-making,” she says, “but we have to do it without stepping on too many toes.”  WC

Kerry Freek is Water Canada’s editor-at-large and WaterTAP Ontario’s manager of marketing and communications. This article appears in the November/December 2013 issue.