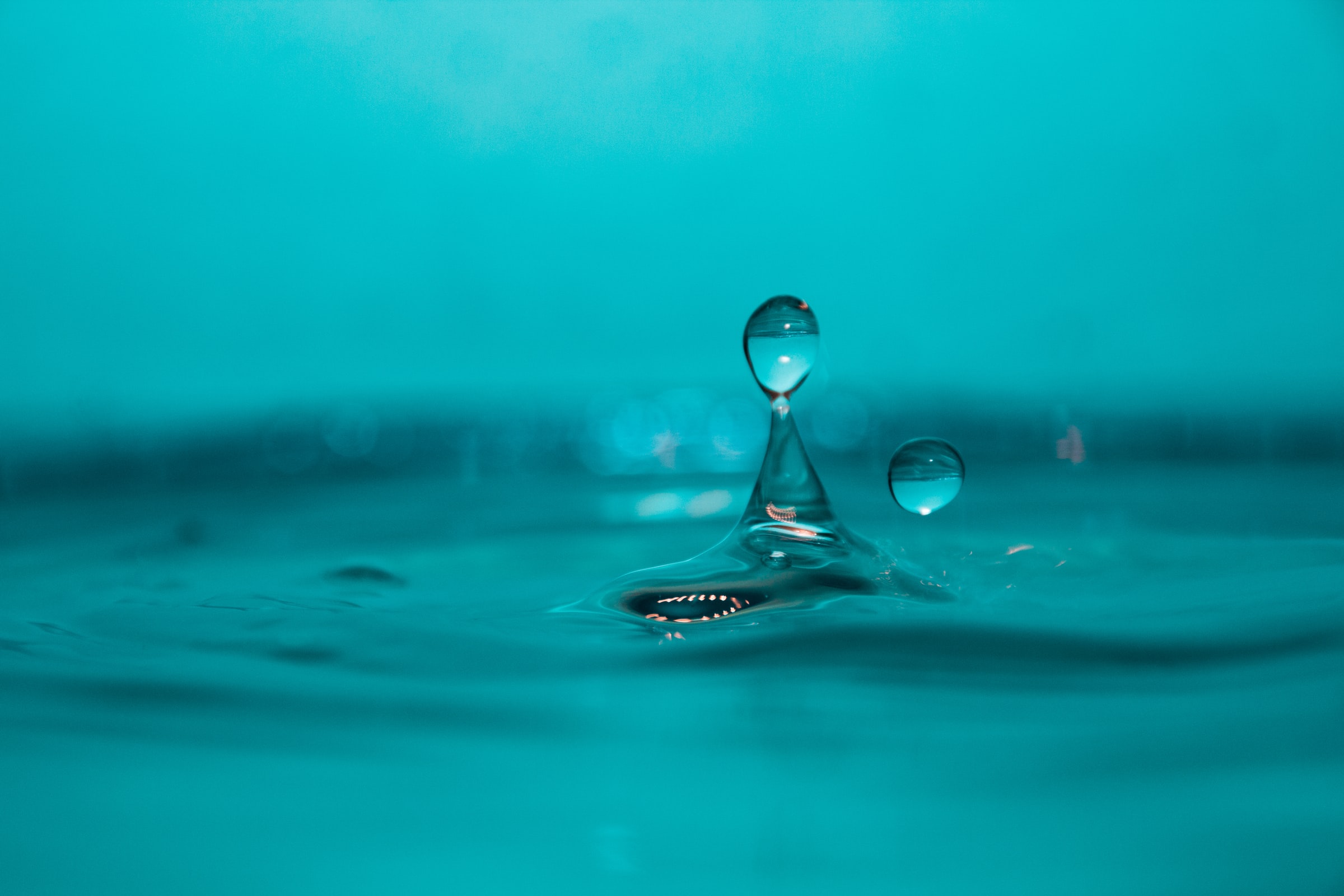 A class of chemicals used for more than half a century in everyday goods such as clothing, cosmetics, and consumer electronics is finding itself under global scrutiny. Perfluoroalkyl and polyfluoroalkyl, known generically as PFAS, are so tightly bound and stable they offer unmatched resistance to heat, oil, grease, and water. Open a bag of microwaveable popcorn or remove your burger or pizza from its box, and you’re likely tearing through paper or cardboard that can’t easily burn or become soggy. PFAS keeps us dry in inclement weather, prevents stains on clothing and carpets, and stops food residues from adhering to cooking surfaces. Aqueous film forming foams, which contain PFAS, proved key to snuffing the blaze that devastated the town of Lac Mégantic, Québec after an unattended freight train carrying North Dakota crude dislodged from its moorings and careened into the downtown core nearly a decade ago.

Despite their life saving role in disaster management and their numerous conveniences, PFAS compounds have become increasingly recognized as toxic, with studies linking them to cancer, diabetes, and an array of immune dysfunctions and metabolic disorders. The tendency for PFAS to persist in the human body and the environment, accumulate over time, and climb through the food chain has earned them the moniker of forever chemicals. While older PFAS are being phased out, concerns regarding new replacement PFAS have also been growing in recent years.

With thousands of variants bearing acronyms such as PFOA, PFOS, PFBS and PFHpS, this group of man-made chemicals presents a veritable alphabet soup. While individual compounds have unique characteristics, there’s one unavoidable common factor—the very resilience of PFAS coincides with extreme and unfortunate environmental durability. “The bond between carbon and fluorine is one of the strongest in organic chemistry,” says Sébastien Sauvé, a professor of environmental chemistry at the Université de Montréal. “So the main concern is their persistence in the environment and their tendency to bioaccumulate, especially in species at the top of the food chain.”

Direct risks to surface water itself, including potable water, are relatively minimal, with concentrations usually considered traceable but negligible. “We’ve analyzed drinking water from across the globe and we see it everywhere, even in bottled water,” Sauvé explains. “But that doesn’t mean that it’s toxic or that the levels are of concern. More that, if you have the right equipment and the right methods, you can find traces everywhere you look.”

However, there are significant exceptions. Sites close to manufacturing and processing facilities are either undergoing or facing costly cleanups. High risk zones even extend to places where PFAS-laden foams have been used for firefighting. Sauvé says Lac Mégantic is the largest known instance of terrestrial contamination from firefighting foams in Canada, with pollution reaching the town’s sewers, adjacent waterways, and ultimately the St. Lawrence River. Because suppressant foams are widely used in emergency training at airports and military bases, those sites also are often deemed high risk. In July, for instance, the City of North Bay, Ontario and the Canadian Department of National Defence agreed to the first stage of a military base cleanup projected to last six years and cost more than $20 million. Contamination is serious enough that DND is providing bottled water to immediate neighbours.

While risks to water depend on proximity to contaminated sites, a much more significant route of exposure is occurring through the marine food chain and impacting not only highly industrialized zones but communities in even isolated regions. Philippe Grandjean an adjunct professor in environmental epidemiology at Harvard University, says studies in the Faroe Islands, located between Iceland and Norway in the North Atlantic, have correlated steadily increasing levels of PFAS in young people with higher than average weight gain, autoimmune suppression, elevated cholesterol levels, and risk factors associated with cardiovascular disease and type 2 diabetes.

Given that the Faroe Islands neither manufactures nor works industrially with PFAS compounds, researchers settled on the marine food chain upon which islanders depend heavily. “It’s a fishing nation,” Grandjean says. There’s considerable consumption of pilot whale and other species at the top of a food chain that begins with PFAS-impacted crustaceans and phytoplankton in the St. Lawrence River and other distant waterways, coupled with Gulf Stream enabled atmospheric deposition of microscopic particles from municipal incinerators. “The PFAS just goes up the chimney,” Grandjean says. “You don’t destroy PFAS by burning it at the normal temperature that household waste is burned, and much of it ends up in the oceans.”

Mélanie Lemire, an environmental epidemiologist with the Université de Laval, works with Indigenous communities in northern Canada on studies evaluating exposures to various chemicals, including PFAS, in order understand impacts on Inuit health. “The Beluga (whale) is at the top of the food chain and is central to Inuit culture,” Lemire says. “It’s a delicacy rich in nutrients and good fats, so we have to find a tight balance on how to promote these foods, which are central to culture, while trying to better understand and minimize the risks. If the Inuit switch from a traditional healthy diet to a market food diet they would get PFAS from other sources, as food production and packaging could also be a source.”

Lemire says she considers this an environmental injustice, but the kind of international attention needed to chart a new course and enact meaningful change could take time. Krista Barfoot, national PFAS technical lead at Stantec and chair of the Ontario Environment Industry Association’s PFAS committee, says Canada’s advantage is that PFAS haven’t been manufactured here. Thus we haven’t seen the larger scale contamination associated with manufacturing sites in the U.S. However, Barfoot adds, PFAS are imported and used in the manufacturing of other products in Canada so Canada is not free of PFAS impacts.

This past April, the federal government announced its intent to look at regulating PFAS as a class, as opposed to as individual substances. But Barfoot says there hasn’t been much public pressure to develop PFAS regulations in Canada. British Columbia’s contaminated sites regulation has standards for just three types of PFAS, while Ontario appears to be waiting for the federal government to decide how it wants to regulate the chemicals. “What we see at the government level in Canada is mostly PFAS monitoring efforts, although there are also site-specific PFAS remediation efforts led by various governments at sites where issues have been identified,” Barfoot says.

The path forward for municipalities and other local entities may simply be to monitor and understand what’s in their water systems, keeping federal, provincial, and territorial threshold values in mind. Communities located near PFAS hotspots, meanwhile, might be looking at risk management measures such as those generally applied to brownfields. “If you’ve got lower levels and they don’t seem to be migrating, it may be okay to leave those concentrations in place and continue to monitor what’s there over time, and then just target concentrations that can’t be safely managed in place for remediation,” Barfoot says. She adds that contaminated soil can be removed and incinerated or disposed of off site so long as leachates are safely contained. Philippe Grandjean points out that airborne emissions from conventional trash incinerators are part of the reason PFAS contaminants are reaching the Arctic. Barfoot says a handful of Canadian facilities are equipped to reach the infernal 1,100 degrees Celsius needed to destroy the compounds.

Water treatment is a different matter. Options include the use of granular activated carbon, which is used to manage a number of pollutants in water treatment systems. However, PFAS simply transfers from water onto these absorbent materials, which then also require careful disposal. In effect, Barfoot says, remedial options continue to advance but remain limited enough at this early juncture and can be costly. “We’re getting more and more questions from clients regarding PFAS, so there’s a need for more services addressing these contaminants and for the whole technical community to be paying attention as knowledge in this area continues to evolve.”

This article was written by Saul Chernos, a freelance journalist specializing in environmental issues, for the November/December issue of Water Canada.