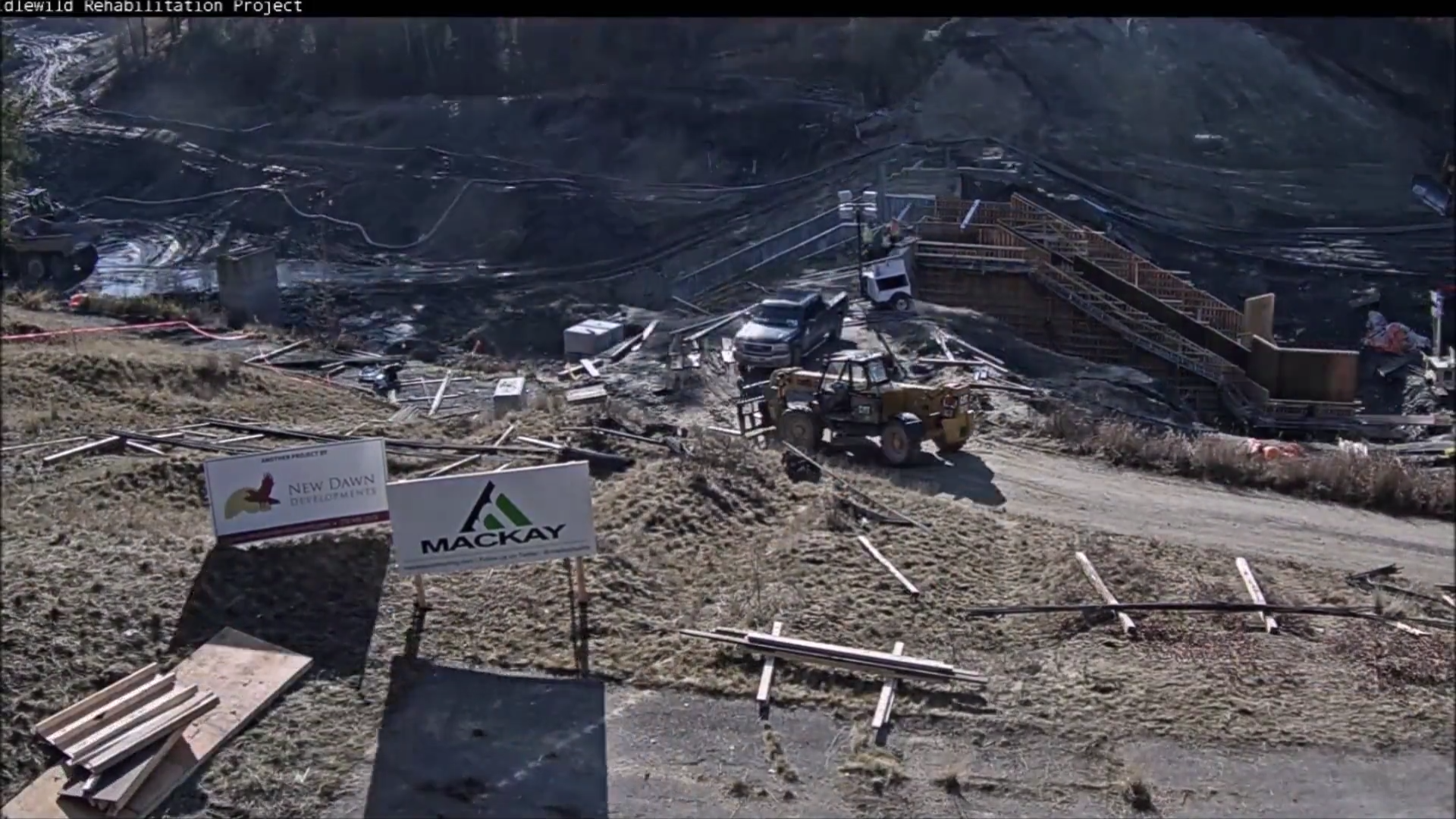 The City of Cranbrook has released a time-lapse video of the dam rehabilitation at Idlewild Lake. Deemed by B.C.’s Ministry of Forests, Lands and Natural Resource Operations to be a very high consequence dam, the structure posed risks to the community, including the potential disruption of aquatic species habitat in the watercourse connected to the dam.

In order to safely rehabilitate the dam, it was first decommissioned, the lake drained, and the fishery habitat temporarily disrupted a bypass pipe and sediment control pond were constructed. Over the course of the late summer and fall 2016, Cranbrook live streamed the construction activities at Idlewild Lake as part of the rehabilitation work.

As that phase of construction is nearing completion, City staff has put together a time lapse video of the construction work for the public to watch below.

Since February of 2015, when Cranbrook’s city council had decided to decommission the dam, the city had to navigate the asset management priorities with community demand for access to Idlewild Lake. At that time, Cranbrook’s mayor, Lee Pratt, said of the project, “”We want to rebuild that park to a bigger, better park then it was with a lot of enhancements.” At the same time, Pratt noted, “Idlewild is an important asset and we want to include residents in the discussion about what a rehabilitated Idlewild Lake should look like.”

Built in the 1930s, Idlewild dam is classified as very high consequence by the Ministry of Forests, Lands and Natural Resource Operations. This classification means that a failure would result in the loss of life of over 100 people, high economic losses, and significant loss to habitat, aquatic and otherwise, and with a low feasibility for restoration or compensation.

Initial phases of the project saw contractors construct a bypass pipe and sediment control pond to support the wildlife in the autumn while the reconstruction of the dam proceeded into winter.

“That new bypass line will allow us to safely keep the creek flow going below the dam and through the town,” said project manager, Mike Matejka. “Which is obviously very important for all the fish and wildlife habitat through there, so that was a major part of the first phase of the project.”

The vast majority of the dam rehabilitation work is now complete, with some minor items that will wait until the spring for inspection and final sign-off. The contractor is proceeding with the commissioning process, so spillway components are operational and the reservoir will be filling up over the coming weeks.

More than $8.3 million from B.C. for Lytton recovery