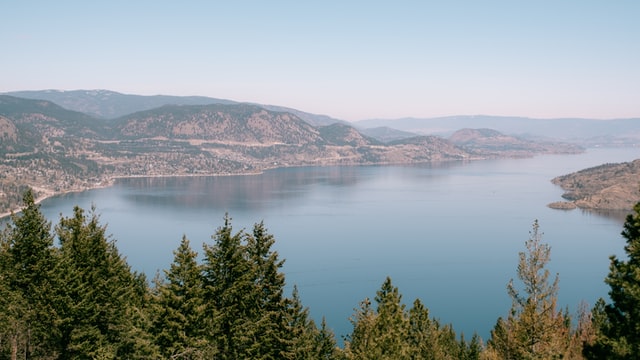 Okanagan College, B.C. – In what they hope will be a watershed moment for raising awareness of microplastics and their impact on both our local freshwater and downstream environments, several community partners and Okanagan College (OC) students have teamed up to determine if there are microplastics in Okanagan Lake and municipal wastewater.

Kelowna residents Gregg Howald, Ryan Cope, and Jan Vozenilek all witnessed plastic pollution’s devastating global reach, and impact on the marine wildlife while at Midway Atoll National Wildlife Refuge. From their shared experiences, an idea was borne to understand the state of plastic pollution in the Okanagan freshwater ecosystem they call home.

“Microplastics are a global issue, and we are only now beginning to investigate the implications of plastics that could persist for centuries in our ecosystems,” noted Gregg Howald, CEO of FreshWater Life.

“This scoping study helps us understand the issue from a local perspective,” adds Ryan Cope, founder of Seven in the Ocean. “Effective collaboration always has the best outcomes, so we’re thrilled with the partnerships we’ve formed.”

Microplastics Okanagan was officially launched in August 2021, when water samples were taken from Okanagan Lake near Kelowna. Samples were collected using a manta trawl, which has a long-armed float with a mouth that skims the surface and trails a net to collect samples.

Eight students and professors from Okanagan College’s Water Engineering Technology (WET) Diploma program worked with the researchers to analyze the samples. An innovative capstone project conducted in their final year of studies saw students review the samples and document results from the lake and Kelowna’s wastewater treatment facility.

Initial results confirm that microplastics (less than 5 millimetres in diameter) are present in both water sources. More information about the project is available on the Microplastics Okanagan website.

Joshua Sztanko, who hails originally from Niagara Falls, was one of the Okanagan College students who worked on the project.

“Our work involved isolating, verifying and measuring microplastics from the samples provided,” explains Sztanko, who will graduate this year. “This was a phenomenal capstone project in that it offered a real-world learning opportunity with microplastics and the chance to contribute to a study that has an impact right here in the Okanagan where we live.”

“The students’ report showed there were differences between the five sample sites,” notes Erin Radomske, OC WET Professor. “These were very small – on the order of grams per site. The research showed us that the techniques employed are effective for detecting microplastics on the surface and that yes, sadly, microplastics are present on the surface, although not in huge abundance.”

The team notes that concentrations of microplastics appear to be low, relative to other, similar studies that have been conducted in the Great Lakes, and low as compared to similar studies in the marine environment. “We are talking about teaspoons of plastic over 30,000 litres of water,” Radomske adds. “However, these findings remind us that people should continue to be mindful of their behaviours as it relates to plastics. Microplastics came from larger pieces of plastic: bags, bottles, fibres. That little bit of plastic that flies off the boat or falls in the creek, breaks down and can accumulate. We all need to be mindful of our own choices and influences.”

“This is a very impressive collaboration between the folks at Freshwater Life, the City of Kelowna, and the students at Okanagan College,” said Okanagan Basin Water Board (OBWB) Executive Director Anna Warwick Sears. “Their initial findings are troubling but perhaps not unexpected. Plastic seems to have permeated all our lives. By putting a spotlight on the issue, we hope people will be encouraged to help protect Okanagan waters – the source of our drinking water and for all living things.”

While additional sampling is planned, the preliminary results indicate that there is a window of opportunity to assess ongoing point sources and minimize further inputs of plastics into the lake. There are many actions individuals can take to prevent microplastics from entering our freshwater ecosystems, including:

Partners on the project include OBWB (grant funding) and Okanagan WaterWise, OC’s WET Program, Okanagan Nation Alliance, Fresh Outlook Foundation, and the Institute for Underwater Research, with collaboration from the City of Kelowna Wastewater Treatment Facility.