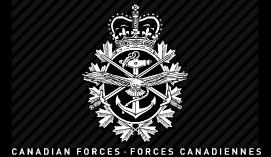 Ottawa has announced the locations of the two satellite reception ground stations for the Polar Epsilon project, marking the start of the second phase of the Arctic surveillance project.

The project was initially developed for the Department of National Defence/Canadian Forces (DND/CF) to improve surveillance capabilities over the Arctic and other large areas of responsibility. Polar Epsilon is a space-based wide area surveillance and support capability that is owned and run by DND. The project, valued at approximately $64.5 million, was approved on May 30, 2005.

Using information from RADARSAT-2 to produce imagery for military commanders in their areas of responsibility during the conduct of operations, the project includes the surveillance of Canada’s Arctic region, including its ocean approaches, the detection and tracking of foreign vessels, and support to CF operations globally. Polar Epsilon’s capability to enhance CF situational awareness is due to its ability to provide all-weather day/night surveillance in areas where other sensors are limited or unable to operate. Polar Epsilon can also be used to survey for oil or water pollution, aircraft or satellite crash sites.

Polar Epsilon has completed its definition phases and is now in implementation for all capabilities including Arctic Surveillance, Environmental Sensing and Maritime Surveillance. These enhanced capabilities will help Canada exercise sovereignty in the North and protect the country’s environmental heritage.

The implementation phase of Polar Epsilon will begin immediately, and includes the design and construction of two new RADARSAT-2 ground stations, one on the east coast in Masstown, Nova Scotia, and the other on the west coast in Aldergrove, British Columbia. The definition phase for the ground stations was completed by MacDonald Dettwiler and Associates.

The ground stations are expected to be operational by late 2010.