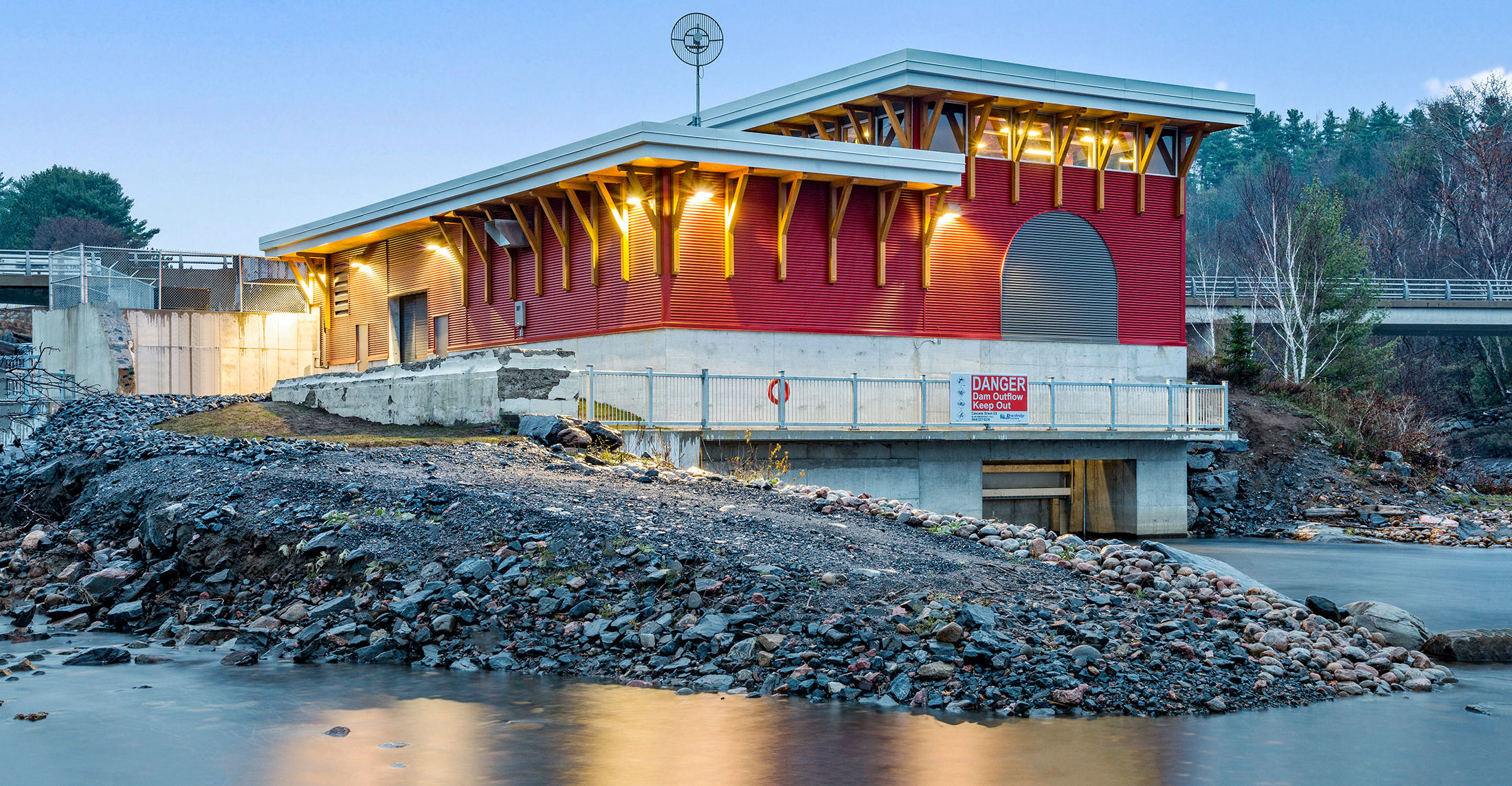 OWA, government, Wasauksing First Nation, community supporters, and industry partners celebrated of the grand opening of the facility on Friday May 11th, 2018 in Parry Sound, Ontario.

“This project is an excellent example both of getting more out of what we have and of building relationships with First Nations,” said Paul Norris, president of OWA. “With the need for more and more reliable electricity less than a decade away, the province should be encouraging Made-in-Ontario waterpower investment now.”

The 1.2 megawatts Cascade Falls Generating Station located in Parry Sound in operation since 1919 underwent a redevelopment to a generation capacity of 3.1 megawatts. The station’s upgrade has been in the planning stages since 2003 under the former Parry Sound PowerGen, which merged into Bracebridge Generation on July 1st, 2014.

Bracebridge Generation Ltd. utilized a local Aesthetic Advisory Committee of residents from Parry Sound, which resulted in a contemporary style station being built. The plant is located on the Seguin River; Bracebridge Generation operates 11 control structures or dams throughout the watershed under the Seguin River Water Management Plan. Upgrades to the plan cost $17 million.

This was an extremely satisfying achievement since we were able to work with the community on the aesthetics, invest millions of dollars locally, and generate green power for the local community,” said Chris Litschko, CEO of Lakeland Holding, the parent company of Bracebridge Generation.

“There is strong public support for waterpower across all regions of the province,” said Norris. “Sustained, steady investment in existing and new facilities is key to a reliable affordable electricity system.”