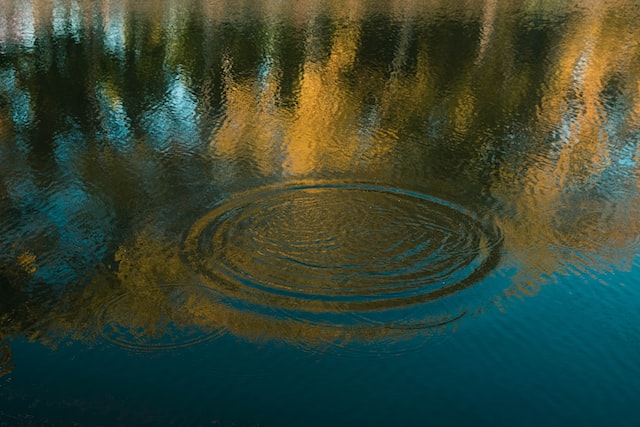 It is unequivocal that Canada’s climate has changed and will continue to change. People in Canada are experiencing record-breaking climate events—from wildfires to extreme heat waves to floods—all across the country. Climate change adaptation is any activity that reduces the negative impacts of climate change, or helps people cope with them, or one that takes advantage of new opportunities that result from climate change. As part of our focus on adaptation, we’re working to understand what climate change means for those living in Canada, which approaches to climate change impacts and adaptation are most effective, and where gaps in knowledge and action remain. For example, protecting shorelines and wetlands can help protect coastal communities from the threats of sea-level rise, flooding, and storms.

Individually and separately, provinces and territories, municipalities, and the federal government have been developing and implementing adaptation measures for a number of years. However, all segments of society need to raise our game to match the magnitude of climate threat. Canada’s first National Adaptation Strategy establishes a vision for a more resilient Canada, and sets a whole-of-society blueprint for more coordinated and ambitious action. The Government of Canada committed to developing Canada’s first comprehensive National Adaptation Strategy in December 2020 through the Strengthened Climate Plan. (PDF) The commitment was reaffirmed at COP26 in Glasgow.

The Strategy reflects two years of engagement with provincial, territorial, and municipal governments; First Nations, Inuit, and Métis Nation representatives; key experts and stakeholders; and people from across Canada. It represents the first time that Canada will have assembled adaptation objectives and priorities into a single framework, joining many other national and subnational jurisdictions to have done so. It will help guide the efforts of all areas of society on adaptation. It is underpinned by a set of guiding principles to ensure that investments and solutions are fair, inclusive, and equitable. These include the following:

1. Respect jurisdictions and uphold Indigenous rights
Adaptation efforts must respect the jurisdictions and rights of local, provincial, territorial, national, and First Nations, Métis Nation, and Inuit governments, and act to accelerate and build upon their existing efforts. Adaptation efforts must uphold the rights of First Nations, Métis Nation, and Inuit peoples.

2. Advance equity and environmental justice
As we build systems and solutions that are more climate resilient, we have the opportunity to address systemic inequities that make people vulnerable. Efforts to implement action and evaluate success should be transparent and inclusive.

3. Take proactive, risk-based measures to reduce climate impacts before they occur
Decision-making should be informed by an understanding of climate risks and vulnerabilities to minimize impacts and costs before they occur and support emergency preparedness.

Five expert advisory tables, co-chaired by a federal department along with an external partner or stakeholder, including Indigenous peoples, youth, professional associations, the private sector, environmental organizations, academia, and adaptation experts, worked together to propose transformational goals and concrete objectives for five thematic areas affecting the daily lives of Canadians to chart a sustainable path to address the climate change crisis and anticipated challenges that lie ahead. These key areas are:

The Strategy also introduces targets to mobilize and align whole-of-society action in the short-term. The Government of Canada has proposed a set of targets for discussion and refinement with key partners over the coming months.

Disaster resilience
Communities and all people living in Canada are better enabled to prepare for, mitigate, respond to, and recover from the hazards, risks, and consequences of disasters linked to the changing climate; the well-being and livelihoods of people living in Canada are better protected; and overall disaster risks have been reduced, particularly for vulnerable sectors, regions, and populations at greater risk.

Health and well-being
The health of all people in Canada is safe-guarded and supported by a climate-resilient and adaptive health sector that has robust and agile systems and services that account for, and support, the diverse components of well-being.

Nature and biodiversity
Biodiversity loss has been halted and reversed and nature has fully recovered allowing for natural and human adaptation, where ecosystems and communities are thriving together in a changing climate, with human systems existing in close connection with natural systems.

Infrastructure
All infrastructure systems in Canada are climate resilient and undergo continuous adaptation to adjust for future impacts to deliver reliable, equitable, and sustainable services to all of society.

Economy and workers
Canada’s economy is structured to anticipate, manage, adapt, and respond to climate change impacts, and to actively advance new and inclusive opportunities within a changing climate, particularly for communities at greater risk, Indigenous peoples, and vulnerable economic sectors.

The Government of Canada will work with partners to implement the National Adaptation Strategy.

The Government of Canada Adaptation Action Plan is the federal plan to implement the National Adaptation Strategy. It will complement the adaptation efforts of provinces, territories, and Indigenous partners. It recognizes the need to act immediately to take important first steps, with additional financial support to come. Like the Strategy, it will be updated over time to ensure it reflects the totality of work at the federal level.

The Government of Canada Adaptation Action Plan is part of a comprehensive federal approach to addressing the climate change crisis and transitioning toward a cleaner, low-carbon, and more resilient Canada, complementing Canada’s efforts to reduce greenhouse gas emissions, described in the 2030 Emissions Reduction Plan. It will serve to organize federal efforts on adaptation and provides an inventory of federal adaptation actions, some of which have been in place for years, and others which are newly funded and announced today. The measures laid out in the Government of Canada Adaptation Action Plan can complement the efforts of other orders of partners and stakeholders. Taken together, the Government of Canada Adaptation Action Plan includes a total of 70 federal actions across 22 departments and agencies, illustrating the depth and breadth of action being taken.

The Government of Canada Adaptation Action Plan represents the federal contribution to implementing the National Adaptation Strategy and will complement the adaptation efforts of provinces, territories, and Indigenous partners. It recognizes the need to act right away to take important first steps, with additional financial support to come.

Protecting the health and well-being of Canadians

Protecting the economy and workers

Building our knowledge and understanding of Canada’s changing climate

Developing tools and resources to support communities in adapting