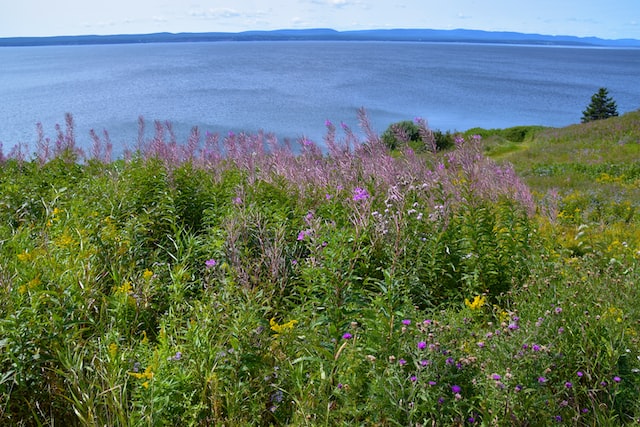 Gaspé, QC – The Honourable Diane Lebouthillier, Minister of National Revenue and Member of Parliament for Gaspésie–Les Îles-de-la-MadeleineParks, on behalf of Steven Guilbeault, Minister of Environment and Climate Change and Minister responsible for Parks Canada, announced an investment of $4.3 million for the implementation of a project for the conservation, restoration and presentation of the beaver ponds area of Forillon National Park. Funded through Parks Canada’s Conservation and Restoration Program, this project aims to restore ecological connectivity to the forest and waterways near a former section of Highway 132, by 2026.

The work includes asphalt and guardrail removal and the reforestation of 5.5 kilometres of the old road. Waterways and soils will also be redeveloped and restored, facilitating, among other things, the movement of animals and the dispersal of flora. Approximately 15,000 native trees will also be planted in Forillon National Park as part of this project to restore ecological connectivity, clean the air, fight climate change and protect biodiversity.

Three portions of various types of trails will be developed in harmony with nature and will create a very interesting route that will lead to several points of interest: the Visitor Information and Discovery Centre, the beaver ponds and Cap-des-Rosiers creek areas, and the La Chute Trail. Through the presentation of the beaver ponds area, local communities and visitors will be made aware of the fundamental role that beavers play in important ecological processes that support rich biodiversity.

In addition to achieving several conservation and ecological restoration objectives, this project will offer Canadians and visitors alike the opportunity to discover a unique wetland environment while enjoying the benefits of outdoor physical activity and being surrounded by nature.

“Forillon National Park is a jewel of the Gaspé Peninsula. By investing $4.3 million in the park’s biodiversity, the Government of Canada is demonstrating that the conservation of natural environments is at the forefront of efforts to fight climate change and stimulating the tourism industry, a critical sector of the Gaspé Peninsula economy.” – The Honourable Diane Lebouthillier Minister of National Revenue and Member of Parliament for Gaspésie–Les Îles-de-la-Madeleine

A Wetland Off-Setting Strategy for Ontario