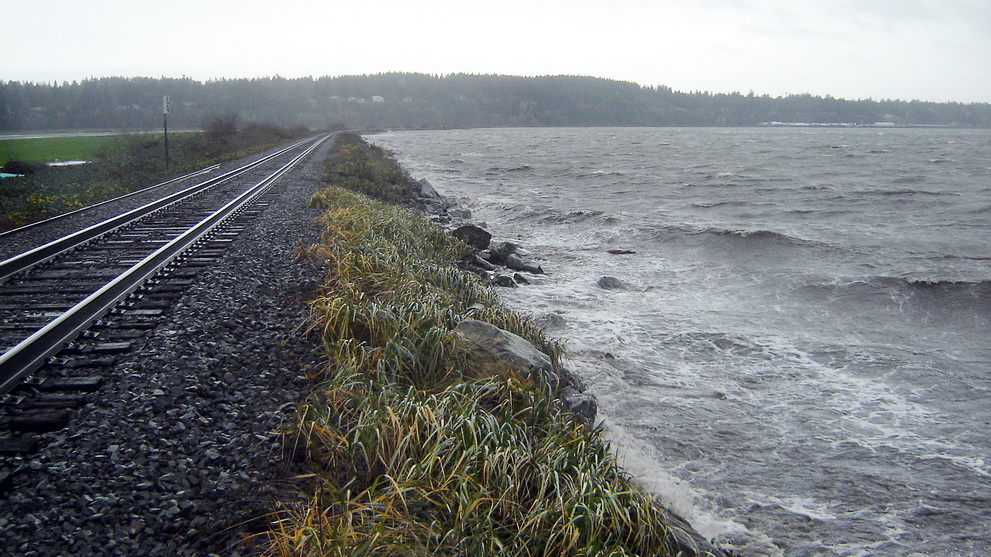 Campbell River, B.C. has approved recommendations for the use of 3.5-acre site that will help mitigate the effects of climate change induced sea level rise.

“Campbell River already has a history of storm and tide-related temporary flooding in low-lying areas, and given climate change predictions, we anticipate that this currently vacant area will be subject to temporary localized flooding,” said Amber Zirnhelt, long range planning and sustainability manager for Campbell River. “Working with specialists, we’ve confirmed that adaptation could minimize the depth and the duration of the flooding to manageable levels.”

The city is working with Northwest Hydraulic Consultants Ltd. (NHC) to carry out wave modeling studies and determine flood levels and hazards along the foreshore, as well as potential adaptation strategies. The first of these studies examined the undeveloped city-owned 3.5-acre downtown waterfront site at 1300 Island Highway.

Over the longer term, adaptation measures for the site may include:

“As the city continues to develop along our waterfront, we have to consider sea level rise and climate change impacts to ensure that new buildings and infrastructure are resilient into the future,” said Deborah Sargent, city manager. “This study is good news, and incorporating its recommendations will help us ensure that this waterfront development site remains a significant asset to the community throughout its design lifetime.”

Proposed plans for the 3.5-acre site were developed through public consultation during summer 2017 and would maintain large parts of the property as public space, with an urban park, an aquarium, entertainment areas, a salmon research centre, a venue for cultural events and conferences, meeting rooms, a market, and a restaurant. NHC’s recommendations modify some of the intended designs to mitigate flood levels and wave height.

The site is a part of Campbell River’s preparations for future sea level rise implemented through a multi-year planning initiative, Campbell River Rising Seas. The city is engaged in the first phase of a fourphase process, funded by the Federation of Canadian Municipalities, the Union of BC Municipalities, and the city, to evaluate the effects of sea level rise on the community and to develop long-term adaptation strategies.