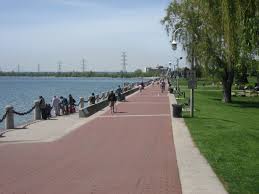 The City Council of Burlington, Ontario has approved the addition of $20.4 million to funds already allocated to stormwater infrastructure improvements. The additional funding was recommended in Burlington’s Flood Vulnerability, Prioritization and Mitigation Study, which was conducted after flooding in August 2014.

“We’ve stress-tested our storm water drainage system across the city,” said Mayor Rick Goldring. “This is the comprehensive report we have been promising the community for the last 11 months. The city is investing in flood mitigation efforts to help deal with the challenge of extreme weather.”

The $20 million in funding will be spread across the next ten years, and will be put towards stormwater management capital upgrades, including larger creek culverts and creek channel improvements.

At the same time that council approved the additional funding, it also approved an extension of the city’s grant program, which helps some homeowners cover the cost of building permit fees related to flood prevention home improvements; the addition of a full time stormwater management technician; and an amendment directing city staff to report back to council in the fall with funding options to finance storm drainage operations and capital costs.

“While there is no way to completely eliminate the risk of flooding in the city, these infrastructure improvements will enhance the level of service provided by the city’s storm drainage system and reduce the risk of future flooding,” said Burlington’s general manager of development and infrastructure, Scott Stewart. “The number of extreme weather events in Southern Ontario is increasing. Together, the city and residents have a role to play in protecting our homes and businesses from extreme weather events.”