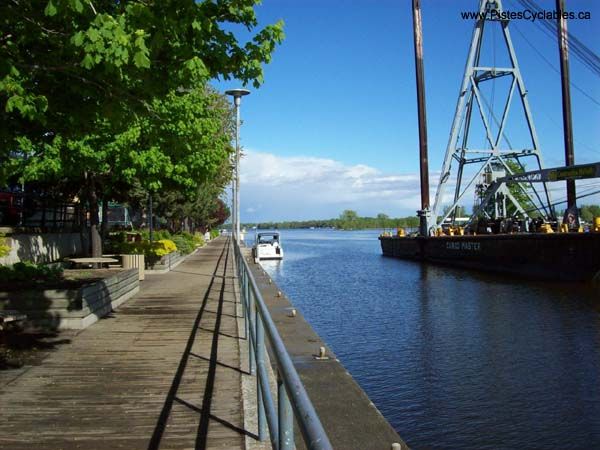 The City of Beaconsfield was awarded a certificate of recognition for programs relating to water conservation and drinking water, as part of Réseau Environnement’s Municipalité Écon’eau awards program.

The City of Beaconsfield belongs to the Municipalités Écon’eau group, a recognition and discussion program in water conservation that has a limited number of members, including the municipalities of Gatineau, l’Assomption, Saint-Étienne-des-Grès, Saint-Antonin, Sutton, Stanstead, Montréal, Malartic, Saint-Donat, Saint-Calixte and Laval.
The City’s performance is a result of efforts to detect leaks, implement procedures to limit losses, as well as the outstanding cooperation of its citizens regarding drinking water conservation. Among the steps taken, the following actions have greatly contributed: the annual full-network leak detection program, the systematic repair of leaks discovered, the accelerated investment for refurbishing drinking water pipes, as well as the drinking water awareness campaign run in the community that included education in schools and day camps, door-to-door campaigning, and special events .

“We are proud to say that our total drinking water consumption decreases year after year. Each year, we carry out awareness raising activities as part of the Drinking Water Conservation Program,” said Mayor Georges Bourelle.

“The investment in replacing underground infrastructure ensures quality drinking water is distributed to residents and also makes sure wastewater drains efficiently. Each of these actions plays an important role in managing our resources responsibly,” he said.
Through the Municipalité Écon’eau program, Réseau Environnement supports municipalities in their efforts to reduce water consumption. Using indicators developed up by Réseau Environnement and the Ministry of Municipal Affairs and Land Occupancy, cities can measure their performance in terms of drinking water consumption and get recommendations in order to develop an action plan that meets the goals of the Quebec strategy for drinking water conservation. In addition to recognizing the efforts made, Municipalité Écon’eau also serves as a knowledge-exchange community that pools the expertise and experience of other members of the programs and experts in the field.

The Water Management Symposium that took place on October 11 and 12 aims to promote the communication and discussion of the shared opportunities and challenges of integrated water management, regulatory changes as well as new knowledge and techniques in treating and managing potable water, wastewater and stormwater. Beaconsfield is a suburb on the Island of Montreal, Quebec.