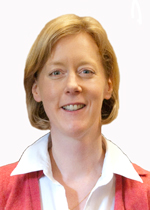 Dr. Karen Bakker has been named to Canada’s Top 40 Under 40.

Bakker was born in Montreal and raised in Ottawa. She completed her undergraduate degree at McMaster University and in 1995 was awarded a Rhodes Scholarship to study at the University of Oxford in England.

After completing her doctoral degree in 1999, followed by a postdoctoral fellowship, Dr. Bakker was appointed in 2002 as a geography professor at the University of British Columbia. Three years later she founded UBC’s Program on Water Governance.

Bakker is the project leader on a four-year Canadian Water Network-funded project, the goal of which is to develop a framework to improve water security in Canada through better governance of land and water.

Her Top 40 Under 40 award marks the second time this year she has been recognized nationally. In January 2011 she was awarded a five-year Canada Research Chair in Political Ecology to lead an interdisciplinary research team to study the causes of water insecurity, with an aim to develop better public policy on environmental governance and foster water security.

Bakker is the author of Eau Canada: The Future of Canada’s Water.