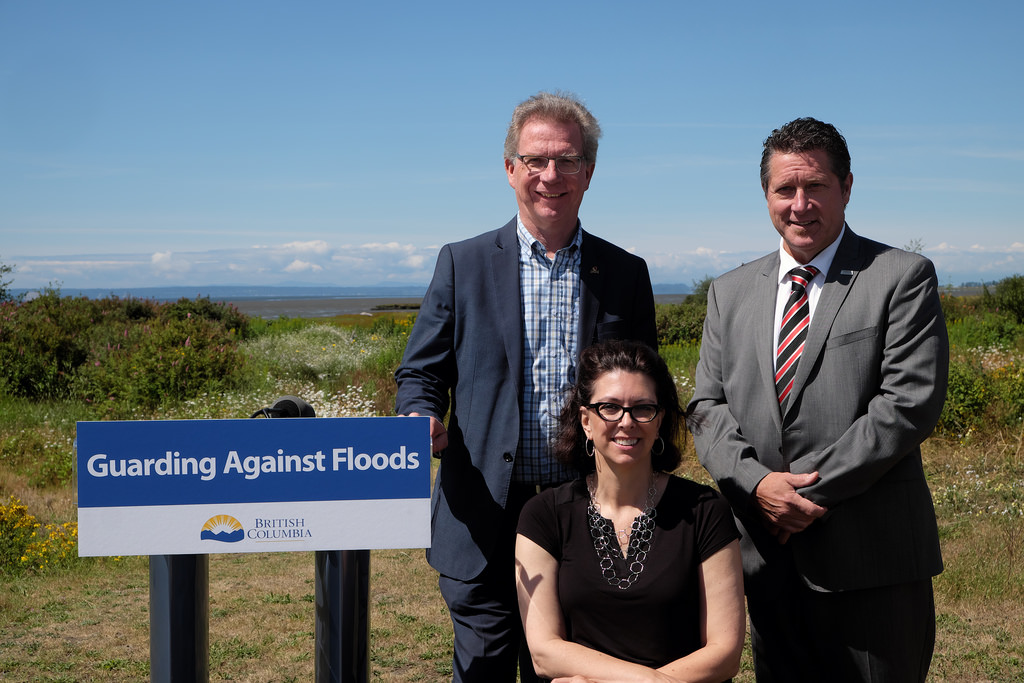 The B.C. Government is committing $15.52 million in funding toward two flood mitigation projects in Surrey that will protect thousands of homes, landmark institutions, and business and industries employing thousands of people.

Minister of State for Emergency Management, Naomi Yamamoto, announced the funding for the two dike upgrade projects. An additional $10.06 million is committed by the City of Surrey toward the construction project.

The first project will raise the height of the Fraser River dike from 130 Street to Bolivar Creek uplands, ultimately leading to better flood protection along approximately 2,000 metres of the Fraser River. The protected area of land includes 776 hectares, consisting of a high-density mix of industrial, commercial and residential properties housing 3,600 residents and providing almost 6,000 jobs.

The funding for the second project will result in five kilometres of the Colebrook Dike being upgraded from Delta to King George Boulevard and is part of collaboration between the Province and the City of Surrey to transfer the dike operations and maintenance to the city. As well, the Colebrook pump station will be reconstructed.