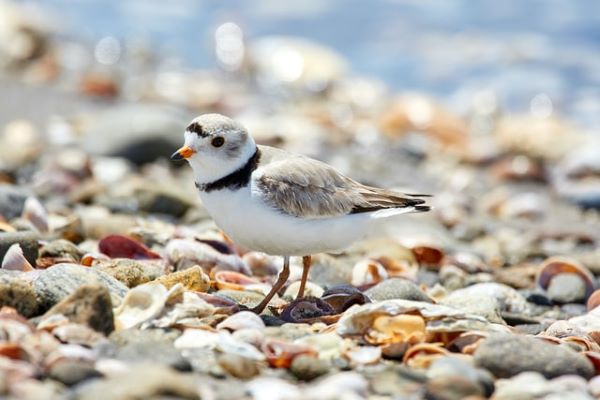 Environmental groups are applauding the Ontario Court of Appeal’s decision to uphold the Town of South Bruce Peninsula’s conviction for damaging piping plover habitat at Sauble Beach on the shores of Lake Huron.

Ecojustice, acting on behalf of Environmental Defence and Ontario Nature, intervened in the case. The groups say the court’s decision preserves the integrity of the Endangered Species Act (ESA) and sets a precedent that municipalities must protect critical habitat of vulnerable species, or face consequences.

In 2019, the Town of South Bruce Peninsula was convicted on two charges of damaging piping plover habitat, contrary to section 10(1) of the ESA. That section of the Act makes it an offence to damage or destroy an endangered or threatened species’ habitat. The charges related to mechanical raking with heavy equipment and bulldozing to level the sand and dunes, performed by the Town at Sauble Beach – a popular tourist destination – in April and August of 2017.

Piping plovers are listed as endangered under the ESA. The birds nest exclusively on dry, sandy, or gravelly beaches with sparse vegetation. Over the past 50 years, the species had all but vanished from almost all known nest sites on the Great Lakes, dwindling to just a handful of breeding pairs in northern Michigan. After a nearly 30-year absence, they returned to Ontario in 2007, including to Sauble Beach. However, habitat loss and degradation threaten the species’ survival and continuing recovery – and beach disturbance by mechanical raking has been identified as a key threat to their habitat.

The convictions were upheld on appeal, and the Town then brought a further appeal to the Ontario Court of Appeal, which has now been dismissed.

This case marked the first time the Ontario Court of Appeal had considered the meaning of “damage” to habitat under section 10 of the Act.

In the court’s decision, Justice Pardu wrote, “The Act should be given a generous interpretation in light of its remedial nature and its objective of environmental protection”. Justice Pardu wrote that the statutory regime includes a broad, absolute prohibition against damage to the habitat of an endangered species, noting that the Act allows the Minister to permit exceptions in cases where public interest so requires, accounting for social and economic needs. No such exceptions were sought by the Town in this case.

“The Endangered Species Act plays a vital role in protecting not only endangered species like the piping plover, but also their habitats. In upholding the Town’s conviction for damaging piping plover habitat, the Ontario Court of Appeal has affirmed the legislature’s intent to provide broad and absolute protections for the habitats of endangered species. The decision also sends a clear message to governments, individuals, and industries that those who damage or destroy protected habitat contrary to the law will be held to account.

“Plant and animal species are the foundation of a healthy ecosystem. When a species like the piping plover becomes endangered, it’s a sign that the ecosystem is deteriorating. Each species that is lost triggers spillover effects within its ecosystem, including the loss of other species. By conserving wildlife, we ensure that future generations can enjoy our natural world and the incredible species that live within it.

“The Town of South Bruce Peninsula’s decision to rake Sauble Beach with heavy equipment, contrary to guidance from the Ministry of Natural Resources, was a clear violation of the ESA. Despite this, the Town refused to take accountability for the destruction of critical piping plover habitat. We are pleased with the court’s decision to dismiss the Town’s appeal.” –Lindsay Beck, lawyer, Ecojustice

“Piping plovers are just now arriving back in Ontario for another breeding season. The Court of Appeal’s welcome decision, released on Earth Day, will help ensure that these endangered birds will always find safe haven in Ontario for raising their young. It confirms our collective intent and responsibility – as expressed in the Endangered Species Act – to protect and recover our most vulnerable plants and animals.” – Caroline Schultz, executive director of Ontario Nature