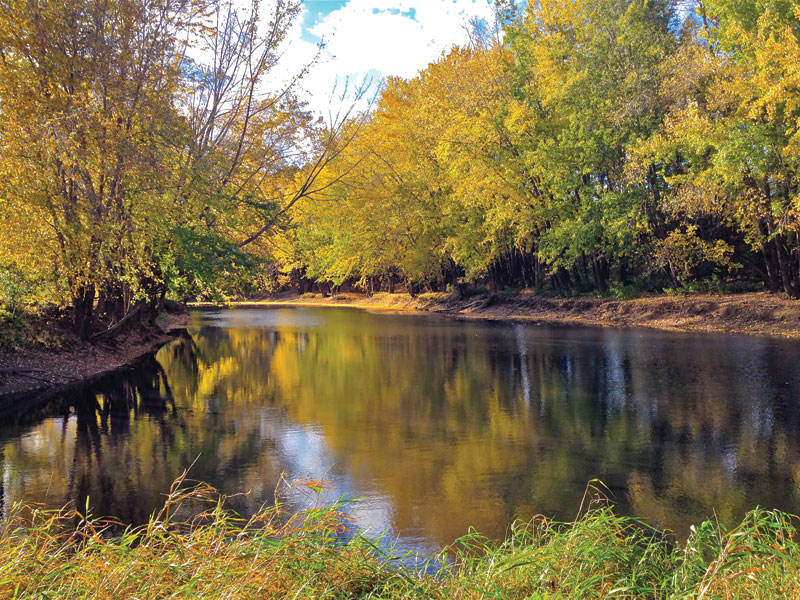 During the height of fishing season in New Brunswick, as anglers lured Atlantic salmon on the famous Miramichi River and kids navigated through thickets to seek out their favourite summer swimming holes, a report came forth casting a stark and sobering reality for the rivers so enjoyed in the province.

On August 15, 2014, Charles Murray, the New Brunswick ombudsman, an independent authority of the provincial legislature, released the details of his investigation into the Department of Environment’s handling of its Water Classification Program. The program was the first in Canada to take a proactive, watershed-based approach to river protection when it was introduced in 2002. But the ombudsman determined the program was, in effect, nothing more than an illusion, giving New Brunswickers a woefully false impression about the safety of their rivers for more than a decade.

In the 12 years since it was established, not a single waterway has been protected under the classification system. The program was instead plagued by bureaucratic confusion, lacklustre political will, and misuse of power from the elected officials charged with overseeing it.

“Like a smoke detector without batteries,” Murray wrote in his report, “[the regulation] appears to address and remedy a problem when in reality it does nothing of the sort.” The classification program, he concluded, “exists primarily as a mirage, misleading observers to their detriment.”

That’s certainly a far cry from what was expected by conservationists and departmental officials alike when the program was first unveiled. The Water Classification Program was brought forth under Regulation 2002-13 as a progressive attempt to set water quality standards for New Brunswick rivers. The regulation allows community-based organizations to collect water samples, analyze water quality, and set goals to maintain or improve the water quality of rivers. It was the final piece of a progressive regulatory regime put in place by the provincial government, complementing the Wellfield Protected Areas Designation passed in 2000 and the Watershed Protected Areas Designation enacted in 2001.

Over time, the department received 19 separate proposals for classification from groups across the province. Among them was an application from the Nashwaak Watershed Association, which had been exceptionally proactive on the file, having secured funding from the government to conduct water quality tests before the regulation had even been passed.

In his report, the ombudsman noted the department had all the necessary documentation required to classify the Nashwaak by no later than 2003. What followed were years of correspondence between the department and the Nashwaak association, during which officials described the river and other provincial watercourses as being “provisionally” classified, giving the impression that full classification was just around the corner.

Frustrated by the lack of movement on the program, the Nashwaak Watershed Association and its supporters, including the Conservation Council of New Brunswick, filed a complaint to the office of the ombudsman in February 2013, spearheading Murray’s investigation.

“I think New Brunswickers were blindsided and even surprised to learn our rivers were not being protected,” said Stephanie Merrill, freshwater protection program coordinator for the Conservation Council of New Brunswick. “And we should be. It’s a shame that in a province like New Brunswick, where so much of our culture, heritage, and recreation is based around our rivers, that we do not have fundamental protections for our waters. It’s so basic. New Brunswickers have assumed that’s covered.”

In an interview with the Conservation Council for this article, the ombudsman said the most troubling finding from his investigation was simply that government gave citizens a false impression for so many years that watercourses were being protected.

“That speaks to a really fundamental failure,” Murray said. “It can’t really be a larger failure than that.”

His report offered some explanations—citing confusion within the Department of Environment over the legal authority of the regulation and the troubling misuse of ministerial discretion by successive ministers to avoid approving the applications—but above all else, Murray said a lack of focused political will is primarily  to blame.

A new provincial government, under the leadership of Liberal Premier Brian Gallant, was sworn into power on October 7. During the fall election campaign, the Liberal Party of New Brunswick pledged to “take steps to help ensure the health of our rivers and drinking water.” What better opportunity, Murray said, then moving swiftly to approve the 19 rivers submitted under the Water Classification Program?

“Why not be proactive and make yourself the champion of that change?” Murray said of the new government. “To me, this is an opportunity for the Minister of Environment to demonstrate competence, good faith, and to rebuild some bridges of trust between the department and the communities.”

With some focused attention and priority, by the time New Brunswickers set out with their fishing rods or swimming suits to indulge in our waterways next summer, they’ll hopefully do so with the full confidence that regulations are in effect to ensure rivers will remain safe and healthy for them to enjoy.  WC

Jon MacNeill is the communications officer for the Conservation Council of New Brunswick. This article appears in Water Canada’s November/December 2014 issue.