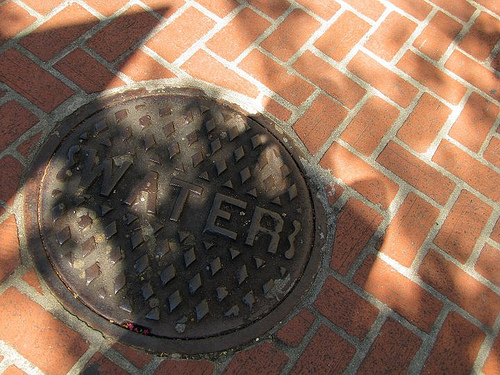 Municipal and industry associations make frequent calls for government funding to replace leaky old drinking water systems, or to upgrade systems to meet incoming regulations, such as the new national wastewater standards. But do they have proof of a nation-wide crisis?

This past September, an infrastructure report card revealed the results of a lengthy study on some of Canada’s most important infrastructure systems, 75 per cent of them water-related (the other 25 per cent looked at the state of roads).

The key takeaway, however, is not about crumbling infrastructure—it’s that many municipalities weren’t able to complete the participant survey at all. Of 346 original registrants, only 123 contributed to the asset review.

According to FCM, quite a few municipalities replied to the survey without the level of detail required to extrapolate the state of certain assets. Future surveys may include more streamlined, less technical questions with fewer fields to avoid a repeat of this issue. The larger issue, however—whether municipalities should have that technical data on file for all assets—is something at which the report only hints. It’s also something that is being discussed in the consultations leading up to the federal government’s next long-term infrastructure plan (LTIP).

Water Canada polled six industry experts to find out what they thought of the report.

With so few municipal respondents, does the report accurately represent the state of Canada’s water infrastructure? Carl Bodimeade, chair of the Ontario Coalition for Sustainable Infrastructure, says some of the broad trends were pretty much what he expected to see.

Michael D’Andrea, Toronto Water’s director of water infrastructure management, agrees with the report’s general observations about stormwater systems, but says much work remains to address the impact of non-point source for existing or old systems. “These are often neglected, and do not enter into our calculation of infrastructure renewal needs—yet, arguably, for those of us with combined sewers, the control/treatment requirements for these discharges should also be quantified, and included as part of  the renewal needs calculation,” he says.

While David Main believes that measuring our country’s infrastructure data is a first key step, he worries that the report card format might not deliver the right message.

“One of the challenges in presenting this data as a report card is that it is impossible to present a simplified explanation of something that is as complex as the deterioration condition of core public infrastructure with a single-word conclusion,” says AECOM’s project director of the National Water and Wastewater Benchmarking Initiative.

“There’s a risk that the audience will miss the point, or worse, accept the grade as a judgment of an entire sector, or assume that that there is not a terrible problem that needs solving,” Main says. “In the case of water getting a ‘good’ final grade, readers might leave with a false sense of security and leave the problem for the future.”

Understanding the state of our water assets

Why do so many Canadian municipalities have such a poor grasp of the state of their water assets? D’Andrea offers a few possible explanations.

“Most municipalities practice asset management, but it may be based on corporate knowledge they have of the system or internal decision trees drawing on available infrastructure condition assessment data, not necessarily using a structured program or formal asset management system,” he says.

Additionally, there is a significant upfront investment to inventory the system, gather condition assessment data, develop decision rules, and maintain the system once fully developed.

“If the municipality is newer with few infrastructure issues, and perhaps still undergoing significant growth, making this sort of investment on their existing and relatively new asset base is not a priority,” he says. “For some municipalities, the modest annual level of funding which is made available for asset renewal may preclude the implementation of a comprehensive system.”

Main thinks that part of the challenge is that we’ve traditionally funded the operations, maintenance, and renewal of water infrastructure through taxes or utility payments.

“A portion of the Canadian public believes that they are overtaxed already and that any increase in taxes must be a result of inefficiency or waste. Larger communities have been shifting to user-pay rates for some infrastructure services (particularly in the water and wastewater sector), and my observation is that these communities are now much better at managing infrastructure than they were ten years ago. The big asset management gap exists in smaller communities where infrastructure is still often funded through taxation.”

Susan Ancel, EPCOR’s director of water distribution and transmission, says that future iterations of the report should include an understanding of how utilities are funded. “That’s probably one of the key factors in terms of sustaining your infrastructure. Who is doing full-cost accounting? How many municipalities are at that stage?” she asks.

Bodimeade concurs. “As we move toward full-cost pricing of water and wastewater services, the accuracy of the extent and condition of our infrastructure will be essential [in determining] that the prices charged for those services is truly representative of the costs of providing them. In the future, the report should focus on where data may be incomplete or of limited accuracy.”

Andy Manahan, executive director of the Residential and Civil Construction Alliance of Ontario, says limited data is partially due to a lack of resources to collect proper evaluations of assets. “Assistance from higher order governments would help to ensure that data is collected in a consistent fashion for the next generation of surveys,” says Manahan.

Manahan believes assessments will be more meaningful if the next report card includes a greater number of municipalities.

“One additional metric to be considered is an estimate, by asset class, of the annual renewal rate being budgeted—perhaps as a percentage of their asset base,” says D’Andrea.

“We tend to look at the current condition of our assets, and then estimate the renewal backlog based on the investment necessary to renew the assets which are deemed to be at the end of their theoretical service life,” he says. “This cost is not necessarily replacement cost. We, like many municipalities, are actively pursuing trenchless technologies such as structural lining of our sewers and watermains, wherever possible to reduce costs and disruptions.”

A provincial breakdown would also help, says Bodimeade. “In 2007, Statistics Canada estimated that 24 per cent and 12 per cent of the value public infrastructure in Canada was in Quebec and Alberta respectively; however, only 12 municipalities in Quebec responded, compared to 22 from Alberta,” he says. “Given that most infrastructure in Quebec is likely to be older than that in Alberta, factors such as this could skew the results. A province-by-province breakdown would help indicate if such potential distortions are in fact occurring.”

“We know a lot about the micro-elements of our infrastructure and even individual assets, but does anybody know, for example, how many wastewater treatment plants there are in Canada or how many kilometres of water mains there are here?” asks Main.

“There is no way to accurately quantify our infrastructure sector. This infrastructure report card is a good first step, but there is a risk that once it becomes a few years old it will fall by the wayside. Does Canada need a steward for this type of information?”

Neither the federal or provincial governments are constitutionally responsible or mandated to maintain a national inventory of core public infrastructure related data of the like that has been assembled through the report card project, Main adds. The gap remains unresolved.

Robert Haller, executive director of the Canadian Water and Wastewater Association, says that the challenge is for all levels of government to find a permanent, long-term solution.

“While the ultimate responsibility rests with the municipalities, there is certainly a role for the provincial and federal governments through transitional funding, legislation and programs to support proper asset management, and educating the general public on the true value of water. There is also a role for the private sector in partnering with municipalities to finance solutions,” he says.

“This report is a call to action for all—while it links infrastructure costs to the recent infrastructure roundtables and LTIP, it’s not a plea to the federal government alone.”  WC