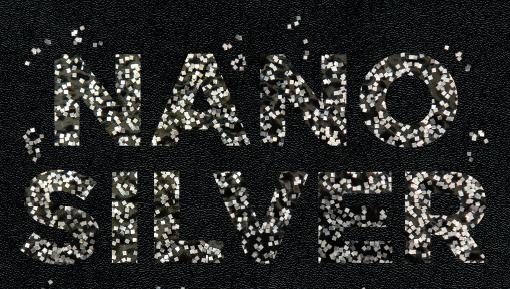 Not much is known about the health impacts of silver nanoparticles. Often employed for its antibacterial properties, nanosilver fights potentially harmful bacteria in consumer products like food packaging, household appliances, clothing (such as socks and underwear), and bandages. While effective as bacteria busters, these particles may also threaten ecosystems—after all, bacteria are needed for many functions of life, from breaking down organic matter to removing nitrate from contaminated water.

Do these tiny particles pose a serious risk to human and environmental health? Water Canada spoke with Chris Metcalfe, director of Trent University’s Institute for Watershed Science, to learn more. He studies the environmental distribution and toxic effects of organic contaminants and leads the university’s Lake Ecosystem Nanosilver Project (LENS).

Water Canada: Does nanosilver pose a real threat to humans and ecosystems?

We do know that more and more products are being manufactured with nanosilver. We’re concerned about products that have the ability to release nanosilver into sewage. Every time you wash socks and underwear, for instance, nanosilver makes its way to wastewater treatment plants. We don’t know how much is passing through those plants—which are made to remove phosphorus, nitrogen, suspended solids, et cetera—and into the environment. There are few regulatory requirements for contaminants of emerging concern, so we don’t have much data.

In a lab environment, nanosilver has effects on bacteria and algae. It’s not unexpected that we would see those kinds of impacts at the bottom of the food chain. What impact might they have on fish and other higher trophic levels? One way to learn more is to do a whole ecosystem project.

Your LENS team secured NSERC funding to begin research at the Experimental Lakes Area (ELA) this summer. Is a lake study the best approach to studying the effects of nanosilver on the environment?

[A lake study could show] the influence of nanosilver on the whole trophic system. A few decades ago, an ELA study on lake acidification showed that it had an effect on the food chain. While it didn’t directly kill fish, acidification caused fish to starve to death. We could see something similar with this study, and a picture is worth a thousand words—it could provide powerful messages. You can’t do that kind of experiment in a lab.

The federal government threatened closing the ELA in March 2013, which would have affected your project. Now that Ontario has announced that it is working with the feds to keep the facilities open throughout this year and there has been some mention of a partnership with the International Institute for Sustainable Development, are things back on track?

We can now look at either starting the whole-lake project this summer, or at the very least monitoring this summer and starting to add the nanosilver in 2014. Because we just heard the announcement, I can’t commit to either scenario right now.

Things are still a bit up in the air, then. What happens if you’re not able to use the ELA’s facilities at all?

There are a few possibilities. We [could] postpone the study until there’s new ownership of the ELA, or we [could] abandon the idea and propose some other experiments for the lab or controlled ecosystems. That would require a review by the funding agencies. We could come up with some interesting projects to propose, but they would have to be reviewed by experts to decide upon their value. If we’re going to deviate significantly from the original proposal, we’d have to submit a revised plan to NSERC.

Do you think regulations in the future might limit the use of nanosilver?

Primarily, any regulations would be at the federal level through Environment Canada. At the moment, we really don’t have risk assessment procedures and policies that are specific to nanomaterials—all countries are struggling with this issue. If there’s something different about nanomaterials and their potential impact, I think our team’s work would show it. There’s a great deal of global interest in this project and the results. Regulations and policy might follow from it.

What other work on nanosilver in water is being done in Canada and around the world?

There is no other place in the world to do whole-lake studies. The only two comparable studies are in the United States, where there are two groups— one at the University of California, one at Duke University—funded by U.S. Environmental Protection Agency. These are mesocosm projects—little controlled outdoor environments. We’re all aware of what each other is doing. In fact, I was just asked to be on the board of the group at Duke.