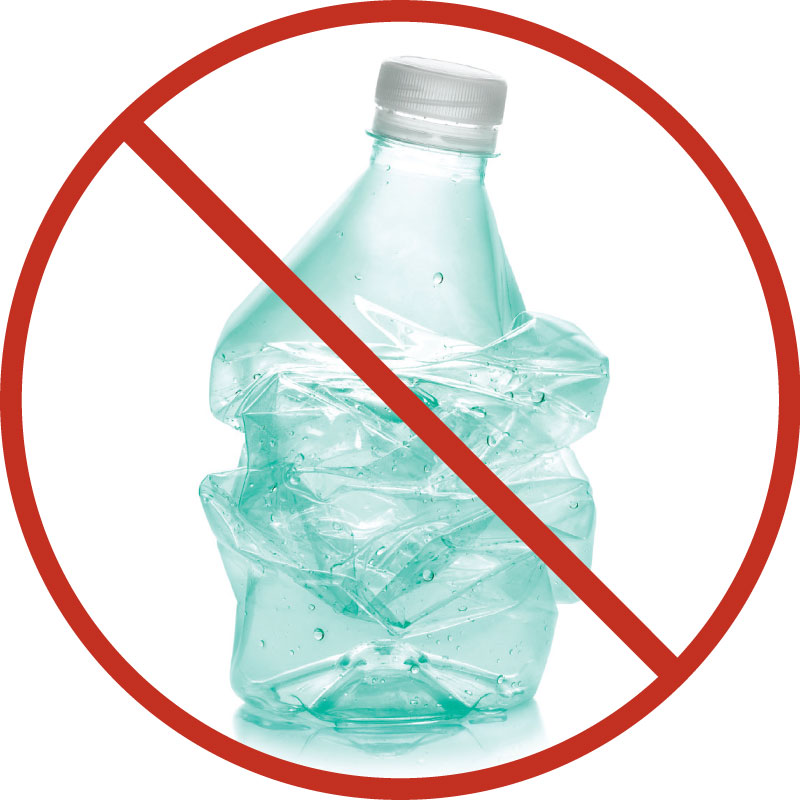 Depending on where you are, it may be getting harder to buy a bottle of water.

The most common argument for restricting the sale of bottled water stems from its environmental footprint. The average Canadian drinks nearly 70 litres of bottled water a year, an increase of 107.3 per cent since 1999. Canadians dispose of at least a billion plastic water bottles per year. The best case scenario for disposal is recycling and, although rates in Canada are relatively high, recycling is energy intensive and can result in down-cycled materials. Bottles not recycled are diverted to landfills, and in the worst case, become litter in natural environments like oceans, lakes, and rivers.

Opponents to bottled water restrictions highlight the recyclability of plastic bottles and say campaigns to increase recycling are effective at decreasing waste. Opponents also cite the protection of individual freedoms and note that it should be up to the consumer to decide.

While bottled water is far from the only type of packaged beverage available to consumers, its impacts are singled out because of concerns over selling water as a product for large corporate profit. Our societal indecision over how to think about water, alternating between water as a commodity and public resource critical for life, “spurs an emotional response that is not seen for other types of packaged beverages,” said Elizabeth Griswold, the executive director of the Canadian Bottled Water Association.

In 2009, bottled water sales comprised only 10 per cent of the Canadian non-alcoholic beverage market (with carbonated soft drinks comprising 17 per cent). “Bottled water doesn’t compete with tap water—it competes with other bottled beverages,” Griswold said. “Consumers who are drinking bottled water are replacing it with soft drinks, juice, coffee, all of which come in packaging.” So, how can a ban ensure consumers drink tap water rather than buy a soda?

The logistical challenge around implementing bottled water bans is convincing the public to drink tap water as well as ensuring convenient access through fountains, refilling stations, and taps. Consumer perception surveys show that convenience is the most cited reason people drink bottled water, followed by quality preferences (including concerns over health impacts as well as taste and aesthetic preferences). Other surveys have shown Canadians tend to trust their municipalities to provide water services and are, for the most part, satisfied with the quality of tap water.

Local governments considering or enacting bans take both points seriously. For a ban to be successful, “Students have to be educated in order to reduce demand for bottled water while also improving infrastructure and access to tap water,” according to Veronika Bylicki of Tap That!, a University of British Columbia group advocating for water alternatives on campus.

In 2009, the City of Toronto banned the sale of plastic bottles in its parks and facilities, including those with business tenants such as civic squares. It focused on a social media and marketing campaign highlighting its motivations and the high quality of municipal water. This helped reduce opposition from citizens, businesses, and vendors affected.

“Once they understood what we were trying to do, which was of course environmental, and that our tap water is at least as good as bottled, then it was just business as usual,” said Douglas Reid, manager of facilities for the City of Toronto. “It’s all been pretty positive, really.” He also added there has a been a decrease in the city’s recycling load.

Given that bottled water is extensively marketed to consumers, bans also send a strong message about its cultural acceptability. But altering behaviours and getting people to choose tap water even if they have other choices is a more difficult undertaking.

“People probably do switch to other beverages,” Reid said, adding that “the ban is doing what it is supposed to. If people are drinking water, they are drinking tap water, so environmentally we are doing better. But are we getting people to drink more tap water? That we just don’t know.”

A ban’s greatest strength may be the potency of the message it sends around drinking tap water as the best option. Since the City of Toronto enacted its ban in 2012, Reid said he sees a lot more reusable water bottles around. “It’s one of a number of tools, but it certainly hammers home the point in an effective way,” he said.  WC

Ashlee Jollymore is a biogeochemist and PhD candidate in the ecohydrology group at the University of British Columbia. This article appears in Water Canada’s July/August 2014 issue.