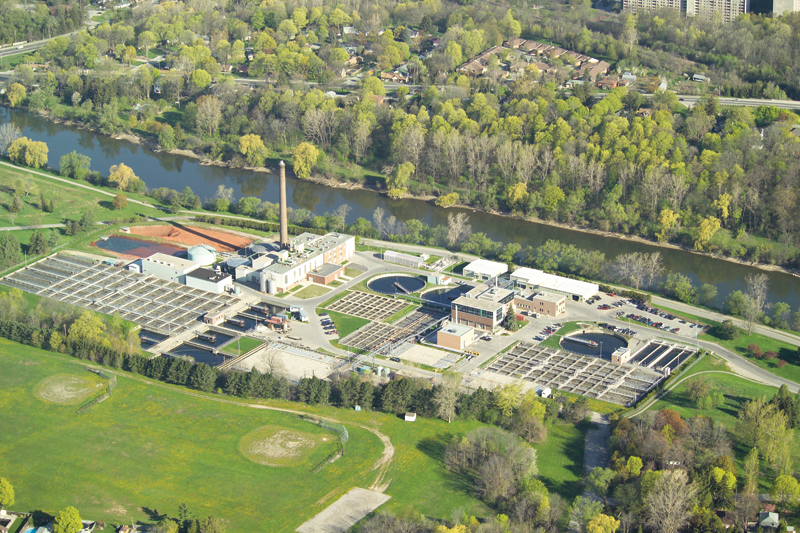 As populations grow, infrastructure fails, and funding shrinks, Canadian municipalities are developing an urgent need to find ways to make water and wastewater treatment facilities more economical and efficient. In Canada, there’s no end to the supply of exciting new, cost-effective technologies to close the gaps, but there is a obvious reluctance to adopt new products or systems. While affordability plays a role, perceived risk is the main reason utilities stick to conventional treatment.

And they’re not wrong to be vigilant. Utilities are charged with protecting the public and meeting regulatory requirements. If they take a chance on a new method or technology, how can they be sure these systems won’t fail, cause threats to water security, or leave them with a serious liability?

“People are reasonably and rightly cautious about implementing new technologies,” says Linda Gowman, chief technology officer at Trojan Technologies. “Who wants to have millions of gallons of sewage leave the plant treated poorly because the gadget didn’t work?” As a representative of a company that offers innovative solutions to utilities, Gowman says there’s no better way to convince someone of a technology’s viability than to show them it works. But that’s where things get complicated. It’s easy to test new wastewater technologies in a lab, for instance, but you can’t simulate real municipal sewage at that scale. “It’s time to try out new ideas with the real deal,” she says.

James Klassen agrees. “There are enough facilities across Canada doing desktop analysis,” says the senior engineering technologist with Stantec. “The challenge has always been doing full-scale pilots with large flows.”

Stantec is responsible for design and construction of a project that could soon put the traditional mentality at ease. For almost a decade, the City of London, Ontario has been establishing a vision for a wastewater centre of excellence. When a new approach to biosolids and ash management freed an entire building at the city’s Greenway Water Pollution Control Plant, the economic development team saw an opportunity to make good use of the space.

Despite waiting nearly 10 years for the project to take flight, London couldn’t have had better timing. In 2011, the Southern Ontario Water Consortium (SOWC) received $40 million in funding from FedDev Ontario and IBM, as well as in-kind donations from numerous partners, to build partnerships and provide platforms for water-related research and the development, testing, and demonstration of water and wastewater technologies and services. The SOWC is building six “nodes” across southern Ontario.

“We put forward that we could house an SOWC node here. The building is central within the plant and can have access to all our flows,” says Geordie Gauld, the city’s division manager for wastewater treatment. The plan was approved, and the complete building is slated to include up to four different testing areas. The design includes secure areas for proprietary technologies and appropriate ventilation and electrical systems.

“With this facility, we can test pretty well any technology, conceivably even drinking-water technology,” Klassen says. “We can provide the liquid streams from any of six stages, from raw sewage to the finished product.”

The $8-million project is now in the construction phase and funding is dependent upon completion by March 2014, a tight timeline considering the building wasn’t fully vacated until July. The team is dealing well with the compressed construction phase, despite a few other obstacles. Perry Rose, a senior engineering technologist with London’s environmental and engineering services department, explains.

“Wastewater treatment has occurred on the Greenway site for more than 100 years. We could take a teaspoon of dirt from the ground and find something unexpected.” Rose says the plant’s history is rich, but site drawings prior to 1962 are few, and documentation probably doesn’t exist. That has meant the project team has uncovered some old infrastructure, such as storage tanks and old foundations, during construction. “It makes the job interesting, but not easy,” Rose admits.

When the project is complete—and the team believes it will meet the deadline—Greenway’s tenants will be proving their technologies at the heart of the plant. That’s a long way from having trouble getting past the gate.  WC

Kerry Freek is Water Canada’s editor-at-large and WaterTAP Ontario’s manager of marketing and communications. This article appears in the November/December 2013 issue.