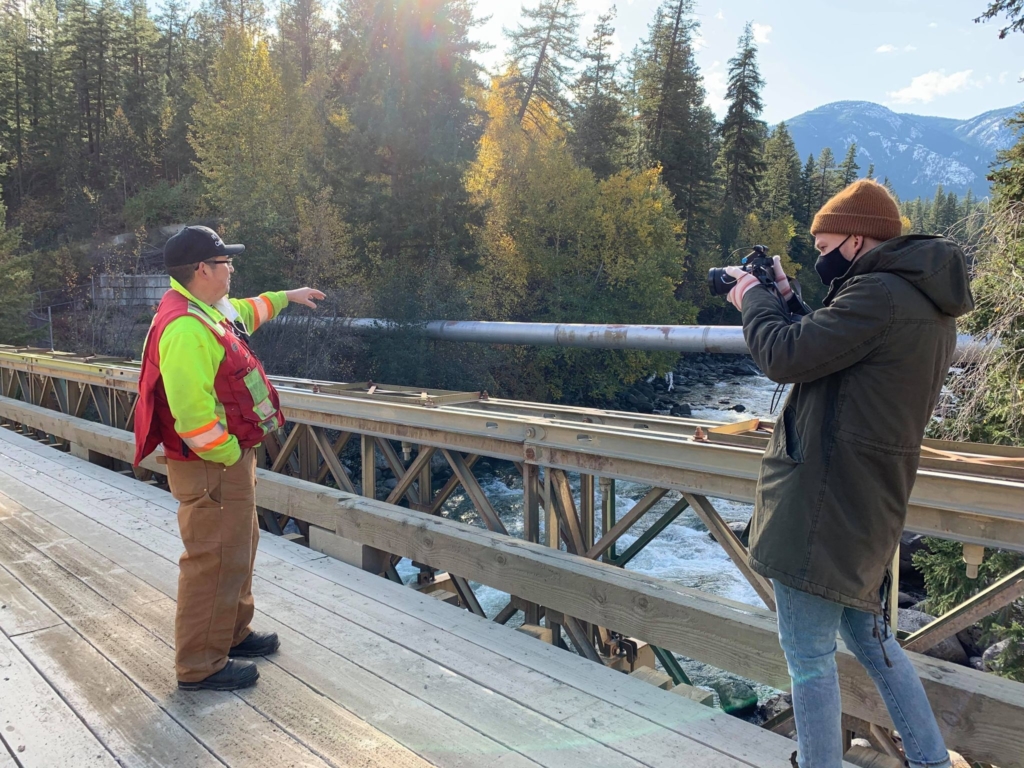 Last spring, when Warren Brown was recognized with Water’s Next awards for both water steward and water/wastewater operator of the year for 2020, he couldn’t have anticipated the challenges that lay ahead.

As operations and maintenance manager with Lytton First Nation in British Columbia, Brown is responsible not only for his community’s access to drinking water and wastewater pump and haul services, but for over 30 kilometres of roads and various band-owned buildings that spread across 56 separate reserves between Hope and Cache Creek in the Fraser Canyon.

It’s perhaps enough that Brown and his six-person crew are constantly on the road, monitoring and maintaining three groundwater and four surface-based community drinking water systems, as well as the community’s other assets and services. But, in nominating Brown for the awards, Candace Cook, a former research scientist with RESEAU CMI at the University of British Columbia, noted that his “exemplary vision and leadership has laid the foundation for operators to ensure that systematic problems and water inequities become a thing of the past in Indigenous communities.”

Brown’s outwardly focused, open-door attitude has in many respects made his job more demanding, as he finds himself providing educational tours to students, community members, and interested outsiders, and developing a summer youth program and producing instructional videos to teach practical maintenance skills to the next generation.

As well, Brown has attracted interest from fellow Indigenous water operators from across the province and beyond, who frequently seek his advice and support as they tackle the many issues they share in common.

But Brown says the attention has made his work particularly rewarding. “I’m turning 50 in April, but I don’t feel it,” Brown says, acknowledging his relatively new role as grandfather and reflecting back to the days when he was a gas station jockey and, later, an ambulance paramedic. “I served for 16 years but had to give that up because I developed PTSD. I saw too much and had to leave.”

Inspiring others for change

When Lytton First Nation posted an opening for water systems operator, Brown jumped at the opportunity. A few years later, he earned a water treatment technology diploma through a program at Thompson Rivers University in Kamloops designed specifically for First Nations.

“When you get a broken waterline in a city, you have many machines and expertise at your disposal to help fix that water problem,” Brown explains. “But out here, if bands are lucky, they might have a backhoe or a contractor who can come out right away and either help them start digging the hole or at least rent equipment to the band so they can do the repair.”

Some First Nations don’t have basic equipment. Brown says water operators often use their own personal vehicles to conduct site visits and maintenance. And here’s the rub—a lack of resources that non-Indigenous communities might take for granted is compounded by the almost uniformly low pay First Nations operators receive. “We’re earning minimum wage or slightly above that,” Brown says. “Trying to get fair pay has been an uphill battle.”

Brown doesn’t blame the First Nations or even Indigenous Services Canada. “They’re simply following the rules the federal government has given them, so it goes right to the top,” he says.

Brown embraces an open-door policy as an opportunity to connect with fellow community members and neighbouring First Nations, and to show the world what a First Nation can do with limited resources.

Building relationships with community members also helps Brown and his team make the most of what they have. “I like people to understand how much work goes into keeping water safe so they can drink out of a garden hose or play in the sprinkler,” he says. “I’m looking to educate them so they can bring that same understanding home to their families.”

Even though Brown has been making presentations for years to promote efficient uses of water and discourage wasteful or harmful practices, such as overwatering lawns and washing cars near ditches where water flows into creeks, he’s constantly looking for new ways to deliver age-old advice.

Brown is also perpetually at work connecting with his fellow First Nations operators, sharing best practices and details about new water-related technologies, such as disinfection and filtration systems his department is trying out.

Late last spring, even as Brown was putting new ideas to paper, things changed abruptly for his community when extreme weather sent thermometers soaring to unprecedented heights and triggered devastating forest fires, with Lytton being pretty much ground zero.

“Minutes after the first fire started, I got a call and was told to grab my water truck. Lytton was on fire,” Brown recalls. His coworkers did the same, but they quickly realized just what an inferno they were facing. “The wind was crazy, it was incredibly hot, and the fires were raging and uncontrollable,” Brown says. The sound of flames from one dwelling, shooting 20 to 30 feet downwind, like a blowtorch, reminded him of a jet airplane taking off.

Brown and his team assisted a community-wide effort to maintain a degree of control, and experienced firefighters from the provincial forestry department soon took over, retaining use of the First Nation’s water trucks.

Freed from emergency firefighting duties, Brown and his crew turned their attention to evacuations. “We had reserves that had the potential of being quickly overrun,” Brown says, adding it wasn’t always obvious where to safely direct people.

The fires did affect Lytton First Nation’s water systems, though indirectly. With hydro poles burning, most of the reserves lost power, and some water systems came to a standstill. Thankfully, some of the more distant systems are equipped with remote monitoring systems that can be read by cell phone when a signal is available.

“We knew our two farthest systems were good, which meant we had more time to spend in other areas and didn’t have to waste time driving to check things out,” Brown says, adding that systems such as filtration can lose functionality when they’re without power. And while the band’s reservoirs lasted for considerable time, some eventually ran dry because a few households left lawn sprinklers running, thinking this might somehow protect their homes.

“All this definitely tested my knowledge of the water systems and how to get water moving without power,” Brown says. “I think some of my best planning came from having literally just seconds to think—kind of like working as a paramedic.”

The fires finally subsided, but chaos returned in late fall in the form of record-setting rainfalls. Four consecutive days of intense downpours drenched the region and took vital highways, bridges, and rail networks offline for considerable time. “It didn’t seriously affect our water systems, but we did go from being road maintenance and water operators to road construction crews,” Brown says.

While the stress from dealing with these extreme weather events reminded Warren of the traumatic stress levels he experienced as a paramedic, he also drew valuable lessons.

“One thing we’re trying to change, and we’re totally dependent on Indigenous Service Canada for this, is to increase our reservoir (capacity) for our main system,” Brown says. “We’re also going to do a lot of fire prevention work, like removing brush and foliage from around our water systems to make them safe. And we’re looking at different ways we can power our water systems, such as adding generators, in case we ever run into these conditions again.”

Spinks describes one project where the operations and maintenance team installed UV-protected point-of-entry water systems for a small group of households on two reserves that lacked access to clean drinking water. “It was a pilot project with RESEAU at UBC, and Warren was really excited about it,” Spinks says. “I remember how cynical the residents were because they had spent pretty much their whole lives never being able to drink from the tap, so they were a little leery when we set it up.”

Spinks credits Brown’s determination and strong sense of empathy for making the homeowners feel confident and for making the project work. “He was checking the systems regularly, sometimes daily if he needed to,” Spinks says. “But that was just Warren being Warren.”

Saul Chernos is a Toronto-based freelance journalist and frequent contributor to Water Canada.