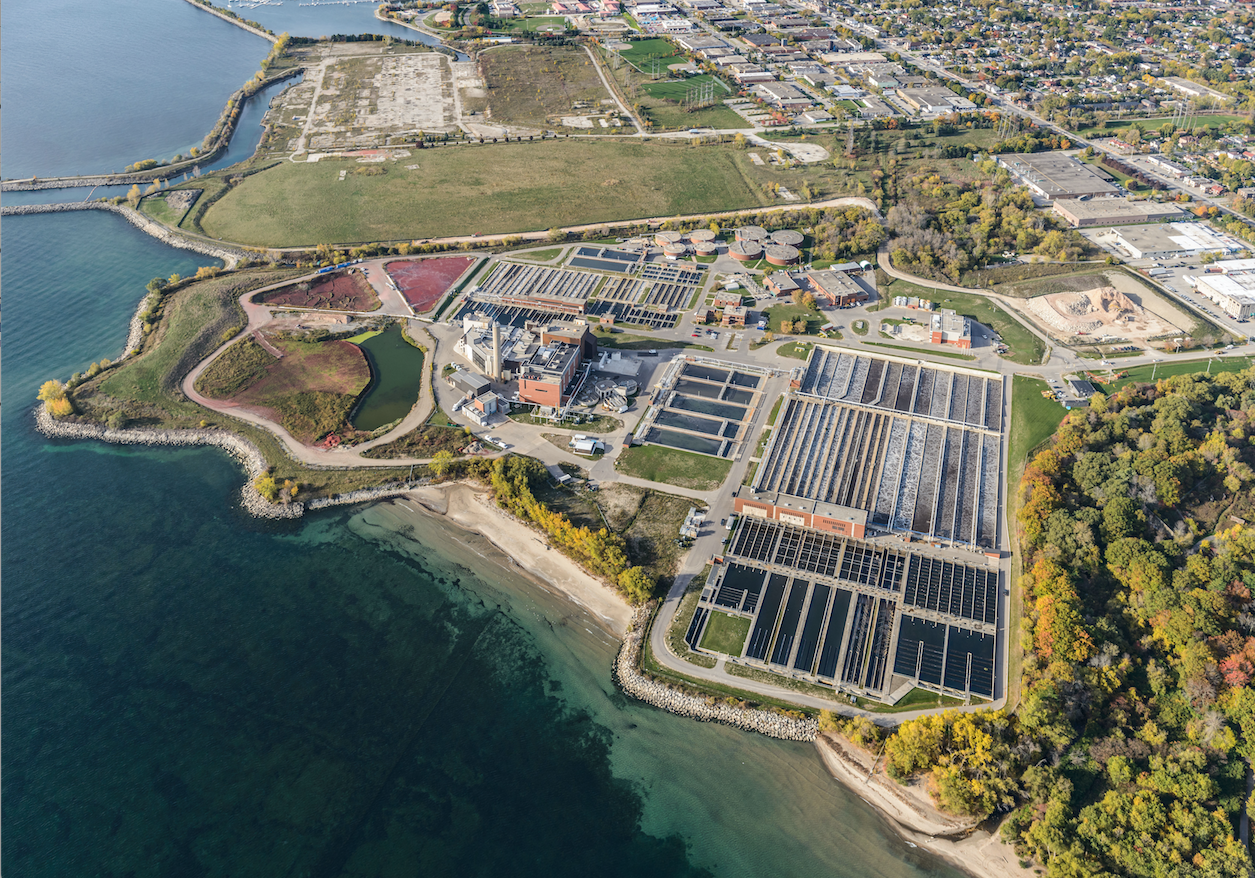 There are an increasing number of municipalities in Ontario adopting environmental management standards (EMS) for their wastewater and stormwater systems in the form of ISO 14001, a standard of the International Organization for Standardization.

Based on a review of current municipal activity in Ontario, it was found that some municipalities are also voluntarily adopting EMS-related practices to address eco-design, climate change, and life cycle assessment, in the form of asset management plans, as part of their water management approaches.
There are three major drivers for this trend in voluntary adoption of private sector standards, primarily:

• Anticipation of regulatory changes after the Walkerton tragedy;
• Canadian courts decisions and laws referencing EMS; and
• Convergence of public and private governance to supplement regulatory requirements.

Low point
In May 2000, an estimated 2,300 people became seriously ill and seven died from exposure to microbially-contaminated drinking water in Walkerton, Ont. Following the Walkerton tragedy, the drinking water governance framework was redesigned with three new acts and twelve regulations. As part of this process, the regulator partnered with the Canadian Standards Association to develop a quality management standard for municipal drinking water, the 2006 Drinking Water Quality Management System (DWQMS). However, while the state-based governance structure for water utilities providing drinking water was modernized to incorporate an EMS approach, wastewater and stormwater sectors were not similarly adjusted. They remain with basically the same conventional, minimalistic governance structures established in the 1950s.

High mark
In anticipation of the government’s reaction to this tragedy, five municipalities adopted ISO 14001 for both drinking water and wastewater systems: York Region in 2001, Richmond Hill in 2006, Collingwood in 2007, Erin Area/Lake Huron (that supplies water the City of London) in 2006, and Durham Region in 2006. While there is still no legislated requirement that EMS standards be adopted, there is a critical mass of knowledge, systems infrastructure, and experience that has been generated after 10 years of practicing DWQMS. This knowledge set could be applied for the effective adoption of specific elements from EMS (that apply to wastewater and stormwater) in municipalities across the province.

Courting better standards
The law and courts are also driving the need for public-private policy convergence on formal and legally-binding EMS. For municipalities with voluntary EMS, a new legal standard could decrease the likelihood of a violation taking place, and where violations do occur, it would allow the municipality to enforce a higher standard of care.
Increasingly, federal and provincial court rulings include sentencing where EMS are a component. For example, a ruling for the 2014 Alberta Capital Region Wastewater Commission spill case, the 2003 City of Winnipeg spill case, R. v. City of Calgary (2000), and R. v. Prospec Chemicals Ltd. (1996).
There are many regulations and statutes that reference the ISO 14001, including:

This research suggests that there is an increasing policy convergence in the Ontario municipal drinking water, wastewater, and stormwater sectors in the form of adopting risk-based management system approaches that draw on private (non-state) regulation such as that of the EMS from the ISO 14001. This convergence is leveraged with the critical mass of experience in applying the mandatory DWQMS for drinking water, which municipalities are also transferring such asset management tools proactively to their wastewater and stormwater systems

There is ample evidence on the convergence of public and private governance to supplement regulatory requirements. Changes on the Ontario EPA under the Open for Business Act (2010) and the Environmental Access Sector Registry (EASR) legislation since 2012, further support a risk-based approach for wastewater and stormwater for both municipal and industrial sectors.

Through anticipatory and converging regulatory changes, legislation for wastewater and stormwater is being calibrated to mirror that of the drinking water’s more modern framework. Dozens of municipalities in Canada already have systems in place to optimize their asset management with life cycle analysis and infrastructure sustainability plans that go beyond current regulatory requirements. And governments from around the world are choosing to implement Environmental Management Systems in response to increased public expectations and environmental awareness around managing growth and infrastructure expansions. Implementing EMS can help local governments reduce their environmental impact while also reducing operational costs through increased operating efficiency.
In the future, efficiently designed EMS will be essential for all water utilities, as municipalities move beyond complying with environmental legislation and regulations, toward fully integrating environmental management into their overall business operations.

Edgar Tovilla, P.Eng., is a PhD candidate at Ryerson University, manager of wastewater operations at the Region of Peel. He is also the recipient of the 2017 Ontario Municipal Water Association Industry Leadership Award.