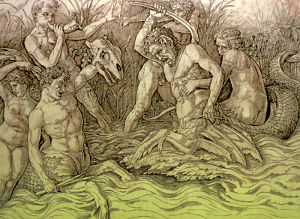 Water is essential to life. Therefore, some argue, it should be considered public. Food is also essential to life, but one rarely hears an argument that food and farmland are, or should be, public property. In fact, if farmland and food production systems were owned by the state, one could expect food shortages, high prices, and limited variety. Food and the means of producing it are privately held. These interests sell their food in a moderately competitive market, which is what allows the system to work as it does.

To be sure, water is different from farmland in at least one respect. In its natural state, water moves. It flows from place to place, in surface lakes and streams, and underground below both private and Crown land. In this form, it is indeed “public.” However, if and when water is collected, the collector acquires private property rights over it. In some provinces, surface water is subject to the private interests of riparian land owners, who have certain rights to access, quality and quantity. Such characteristics do not support a conclusion that water is exclusively a public good.

Myth #2: Everybody uses too much water.

Water is never used up. It simply changes form and location. Water used for drinking, cleaning, irrigation or industrial purposes remains within the water cycle. As long as the amount in use at any particular moment does not impede natural ecosystem functions, no shortage exists. In some parts of Canada, there is plenty of water. Some locations in southern Ontario, for example, have access to more than enough water for everyone. In those places, what may be in short supply is clean water. Since Canadians are in the habit of polluting their water, that water must be treated before it is used for drinking and other domestic purposes. Since treating and transporting water requires energy, using an excessive amount of treated water is a “waste” of energy, not a waste of water. A better way to increase the supply of clean water is to avoid polluting it.

Water treatment and supply systems are regarded as “natural monopolies” because constructing multiple sets of parallel pipes underneath cities to compete with each other is not feasible. Competing sources of clean, municipal drinking water are unlikely to emerge. However, monopolies do not work well, regardless of whether the monopoly is public or private. Monopolies are seldom efficient, effective or responsive to their customers’ desires. Private monopolies charge high prices for their goods because there is no competition to set a market price. Public monopolies are often influenced by political considerations. Public-private partnerships are vulnerable to having all the disadvantages of public and private monopolies—unrestrained profit-taking, inefficient management, use of public monies for private purposes, and little or no recourse for the citizen customer.

If competition is not possible, the alternative is to legislate citizens’ rights to the provision of drinking water of a certain quality, enforceable against the water monopoly. If there is no market to set price, rules can require price to reflect cost of provision and scarcity, thereby coming as close to possible to reproducing the dynamics of supply and demand. Regulation of drinking water should be arm’s-length and free from conflicts of interest. In an ideal system, the operation of water treatment plants and pipelines is separate from the supervision of the system, which in turn is separate from the setting of standards that the system is expected to meet. If those who set the standards also have the job of achieving the standards, then they will set standards that are within their capacity to meet even if that means water of questionable quality. If those who enforce standards also operate facilities, then enforcement will be lax or non-existent. These different functions should ideally be carried out by different levels of government; or, at the very least, by different government agencies willing to censure each other.

Myth #4: Drinking water should be free.

It is sometimes said that since drinking water is essential to life, it should be free. The converse can also be stated: since drinking water is so important, it should be expensive. Neither statement makes sense. The “proper” price of goods is established through the interaction of supply and demand. Supply and demand do not necessarily reflect utility, such as in the case of diamonds, which are relatively useless but very expensive, reflecting their scarcity. The proper price for water is the price that would be generated in a competitive marketplace—and if no such marketplace can be maintained because of water’s “natural monopoly,” a price that reflects the cost of production of clean water may be the next best thing.  In simple economic terms, price is the incentive to reduce consumption. People limit their consumption when the price of the next litre exceeds the value they place on the good. Therefore, where water is scarce, it is a poor strategy to make it free.

The most important feature of water policy is governance. Technology is important, as is the quality of management. But without a properly constituted system of governance that lays out who has legal responsibility for what, and who has the right to ensure that those responsibilities are met, then nothing can be counted on to work. What are the rules? Who has control? Who is accountable for failure? Who sets the price? Who enforces the standards? Without clear answers to these questions, no amount of technology can produce ideal results, and no resort to management strategies can rescue the enterprise.

Private companies are private. They are created for the purpose of pooling private capital and making profit. Corporate governance is based upon the central proposition that those who manage the corporation (the officers and directors) are distinct from those who own the corporation (the shareholders). Therefore the officers and directors owe a fiduciary duty to act in the best interests of the corporation, first and primarily, rather than in the public interest. The directors and officers are not at liberty to use the corporation’s assets to promote public welfare unless those actions also have the effect of promoting the corporation’s bottom line. Corporate social responsibility (CSR) is really a marketing strategy. It serves to enhance the corporation’s image and increase market share. CSR policies that do not have these ultimate aims are probably illegitimate because they breach the fiduciary duty owed to the corporation. Private water companies have a mandate to make profits. They can achieve that mandate by providing safe, clean, dependable water to satisfy their customers.

Bottled water is often the only source of competition for municipal systems. Sometimes its price is criticized as too high because it is vastly more expensive per litre than municipal drinking water. But the price is also attacked as too low because it does not include the environmental cost of the plastic containers. Ideally, bottled beverages and goods of all kinds should include the environmental costs of the products—the environmental cost should be “internalized” rather than thrown onto the public. It would be nonsensical to ban plastic bottles of water but not to ban plastic bottles of Pepsi. Bottled water is not subject to rigorous regulatory standards in Canada but the quality of municipal and rural drinking water is not consistent across the country either. The main effect of banning bottled water is to eliminate choice for consumers.

Myth #8: Canada should support international declarations that establish a human right to water.

In the recent past, the Canadian government has wisely resisted calls for an international agreement to recognize clean water as a human right. Clean water is essential to life and ideally all people should have access to a reliable supply. However, to declare it as an international human right has at least three flaws. First, like numerous other declarations of universal rights, it is unlikely to make much of an improvement to the situation on the ground. Second, the declaration could be interpreted as obligating governments to supply their populations with clean water for free—which in arid areas of the world is the best way to ensure that there is not enough to go around. Third, it could be seen to create or reflect an international obligation on the part of water-rich countries to supply others. Countries like Canada might thus face new threats to control over water resources within their territories. In Canada, those who advocate endorsing an international right to clean water often also promote a ban of bulk water exports. On environmental grounds alone, the case for such a ban is strong. However, advocating a ban on water exports is not consistent with endorsing universal rights to water in international declarations.

Bruce Pardy is a professor in the Faculty of Law at Queen’s University in Kingston, Ontario.