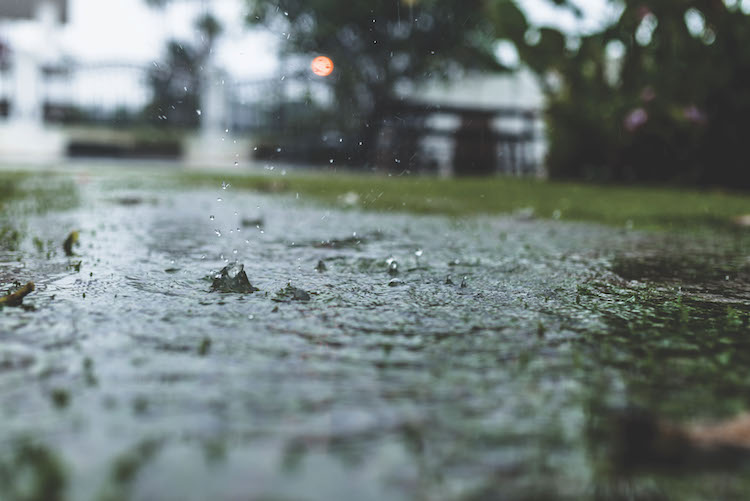 Take a quick scroll through the news or social media and you’re likely to see the term green infrastructure making an appearance somewhere on your feed. Sure, it sounds good and is probably something eco that you should definitely support. But what exactly is green infrastructure? And more importantly, how can Canada take advantage of this big idea?

In our most recent Blue Economy webinar, moderator Corinne Lynds with Actual Media asked a panel of industry experts just that. 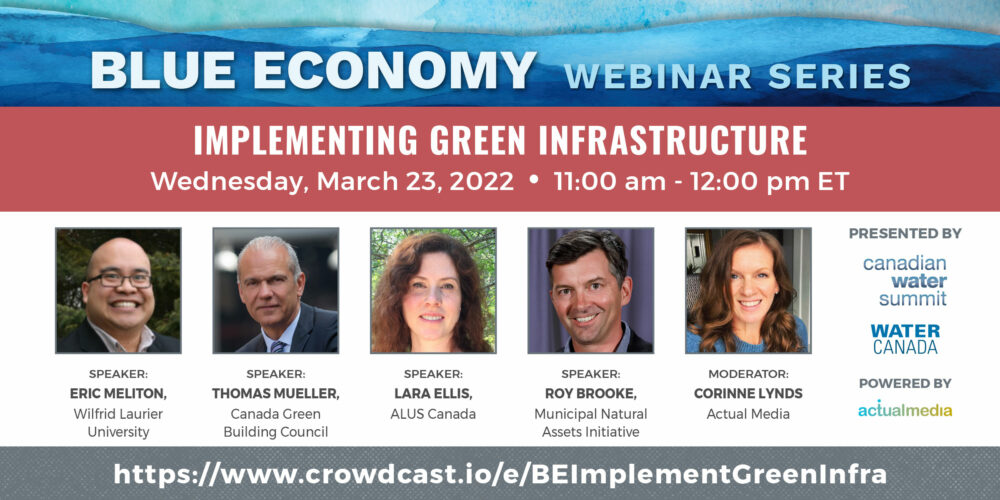 According to Roy Brooke, Executive Director of the Municipal Natural Assets Initiative, green infrastructure “includes three things: Natural assets, so think your forests, riparian areas, wetlands. And then enhanced natural assets. So, for example, bioswales, and rain gardens, and things of that sort. And then engineered natural assets. Think: permeable pavers, and green roofs, and the like. It’s a broad category, a broad continuum.”

Thomas Mueller, president of the Canada Green Building Council, agrees with Brooke’s assessment. He notes too that the launching of Canada’s first National Infrastructure Assessment, “Building the Canada We Want in 2050,” which is meant to establish a long-term vision for the country and provide ways to fund infrastructure projects as they move toward a net-zero emissions future, means that the federal government is finally getting on board with green infrastructure. “For the first time, both buildings and natural systems are actually acknowledged as being part of ‘infrastructure,’” he says. And with that comes federal funding for sustainable, resilient infrastructure.

According to Brooke, “We’re starting to see solid evidence that green infrastructure can have local life cycle costs, and that it can provide a range of co-benefits.”

Eric Meliton, Manager of the Sustainability Office at Wilfrid Laurier University, agrees, adding, “There’s a health and wellness aspect that’s incorporated into green infrastructure.” For him, green infrastructure implementation is more than just a means to curb climate change and encourage resiliency: it’s something people need. During the pandemic, Meliton found that both students and academics at Wilfred Laurier were drawn to nature. “Outdoor classrooms became kind of vogue again,” he says. “To be able to build that capacity here, we’re excited for that. That people are reengaging their interest in nature, and that we’re able to provide those resources, and access, and experiential opportunities that green infrastructure and natural infrastructure can provide.”

Mueller mentions that while we need to incorporate more nature into our ever-densifying cities, it must be done in a thoughtful way. While adding a park here and there with a little lawn or a few trees is nice, it’s “…an outdated concept now that needs to be really rethought” he says.

And Lara Ellis, vice-president of Policy and Partnerships of ALUS Canada, couldn’t agree more. Along with the opportunities to “reap the mitigation and adaptation rewards for climate change” and encourage positive interactions between the community and nature, she also adds that green infrastructure creates an opportunity for restoration initiatives geared to preventing biodiversity loss.

We’ve already seen the devastating impacts of climate change. A growing population isn’t helping matters, especially one that demands more and more infrastructure to be put in place to meet its growing needs. But, we can’t just build our way out of the situation (even if Canada had the financial means to do so). In fact, we’re in what Brooke refers to as an “infrastructure deficit,” and what we do have in place is old. “It has not been maintained properly. It needs renewal,” Brooke says.  “If we want to be resilient in a changing climate, to the physical risks, we must start looking at nature differently because in urban and peri-urban areas, that is where nature’s benefits are most keenly felt because we’re closest to it,” says Brooke.

So, how do we create resiliency to climate change while meeting the changing needs of a growing population? Ellis believes that looking to natural infrastructure can hold the key. “We know that putting nature back on agricultural lands helps mitigate flood,” she says. “This past year, we’ve also seen that it’s very important in terms of drought, so food security. We know that farms that have wetlands [and have] better soil fare much better during times of extreme weather. We know with climate change that water quality will continue to become more impaired at a faster rate. Natural infrastructure can help resolve that.”

While we know that implementing nature-based solutions is an essential consideration, Mueller notes that there is still reticence on many levels to dive in and embrace natural infrastructure, as it’s difficult for people to visualize it in the context of a citywide adoption plan: “On a practical level, the pushback you’re still getting against green roofs is actually quite amazing, right? And then you have this whole issue around land economics. And what do natural infrastructure systems will look like within a city context? And how would they have to be engineered?”

Meliton adds that many corporations have previously looked at green and natural infrastructures as a way to enhance certification. However, “…the perspective is starting to change as people are becoming more aware of environmental social governance, CSR, and SDG-type of impacts, that now we’re starting to look at, ‘Well, does this impact our footprint? Are we causing problems downstream? Are we building resiliency for our company or our institution?’”

Mueller appreciates how offsets gained from carbon footprint reduction can be a compelling way for companies to boost their own portfolios with natural assets and systems, by noting that “We are already seeing that some real estate companies are buying forests and those types of assets for carbon offsets.” And, if these are properly handled could have “a positive impact on actually maintaining and bringing back some natural systems that have been degraded over the decades.”

One of the trickier parts of implementing green infrastructure isn’t just seeing the big picture, or even finding the funding: It’s that green infrastructure doesn’t mean maintenance-free. Even natural assets require care. Meliton points out that since much of the funding currently available doesn’t include future care of the project, “what ends up happening is you put in a very expensive green roof, or a very expensive permeable pavement system, which was already a challenge to get approvals for, and now you don’t have a way to maintain it…And to some extent, unfortunately, some of these projects get neglected.”

Ellis expands on this, adding, “I think that, whereas the cost of natural infrastructure is very competitive with built infrastructure, there are ongoing costs. In terms of operating funds from municipalities or other investors, the ongoing maintenance is absolutely essential.”

Brooke agrees, noting that “…you need to do a side-by-side full life-cycle comparison to get any sort of solid understanding. If you have an engineered asset, it will have an end of useful life. It’s 50 years. It’s 100 years, perhaps. But eventually, you have to dig it out and replace it. Whereas, if you maintain your natural assets appropriately, it may never have an end of useful life. In fact, it may become more valuable over time.”

Brooke also points out that natural assets have an “inherent plasticity,” and will continue to evolve (to a point) alongside a changing climate. Using the analogy of the rigidity of a pipe that doesn’t grow or adapt because it’s raining, he compares it to a natural asset that can provide “not only the core service, whether it’s stormwater management, or flood mitigation, but a range of co-benefits. This could be anything from pollination, to health, social, recreational, heat island reduction. If we’re doing a comparison around capital, and operating, and maintenance expenditures, then we need to do a real comparison and look at all the variables, not just some of the variables.”

Thank you to Ducks Unlimited Canada for sponsoring this important discussion.

Jen Smith is the editor of Water Canada.

This article appeared in the March/April 2022 issue of Water Canada. To watch the full Blue Economy Webinar on green infrastructure and get in on the entire conversation, or to register for an upcoming webinar, visit: https://www.watercanada.net/blue-economy-webinar-series/