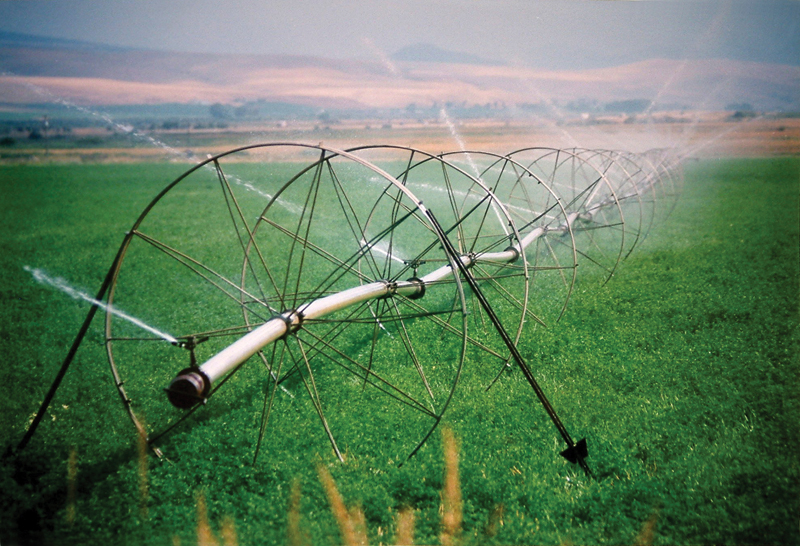 In many parts of the world, people are worried about the increase in water scarcity. Greater scarcity can be traced to two trends. The first is an increase in demand for water from increasing population, increasing affluence and a desire to restore natural water flows. The second is a decrease in supply that can be traced to falling water quality (or a rising expectation of “normal” quality) and climate change, which is altering the location of water flows and speeding up the hydrological cycle. Scarcity turns to shortage when higher demand collides with lower supply, but shortages are not inevitable. They are the result of mismanaging our water resources.

One area appears in nearly every discussion: the use—or “waste”—of water in agriculture. My main points are that agriculture “wastes” much less water than we often hear, and that changes in agricultural water use will not happen without changing the incentives structure farmers face.

But it’s important to note that withdrawals are not the same as use or consumption. As any scientist will tell you, water is not used in the sense that it’s destroyed. Water use usually means that the water is contaminated or evaporated so that it’s not usable at a particular place and time. Flushing the toilet thus “uses” water until it’s cleaned. Water that floods into a field is “used” when it evaporates into the air.

Agricultural crops get water via precipitation or irrigation flows that come from ground or surface waters. Some surface water is “natural” because it comes from a lake or stream. Other surface waters are brought to fields via aqueducts and/or pumping. In all cases of irrigation flows, water is taken from its natural location. These withdrawals can be precisely measured, but they do not directly translate into use. Applied water can evaporate, flow off the land, sink into the soil, or be absorbed into the plant. Agronomists with precision instruments can measure each of these flows, but it’s safe to say that they vary with elevation, air temperature, soil type, plant variety, and irrigation technique.

So, agricultural withdrawals do not equal use. Many people mistakenly believe that reducing diversions from, say, 20 to 15 units of water will leave five units of water for use in cities (or in the environment), but that reduction of five units of diversion can adversely impact a farmer who was using return flows. Say, for example, that Farmer A diverts 20 units of water, of which three evaporate, five are used by his crops, and 12 flow into surface and groundwaters that are used by Farmers B and C. A five-unit reduction in diversions is more likely to reduce those 12 units than the three units lost to evaporation or five units used by crops. So Farmer A’s gift or sale of water out of the area indirectly harms Farmers B and C.

But what about Farmer A using drip irrigation to reduce evaporative losses? Farmer A may decide to install that equipment, but he will only do so if it’s profitable, which generally means that he’s going to want to use the “saved” water for additional crops or sell the water to someone else. Even worse, he may get so efficient in reducing losses that those 12 units of water to Farmers B and C are also reduced. Someone will be upset.

The economic facts
These scenarios bring us to the second point: incentives. We know that farmers will use more or less water if that increases their profits. Sometimes they will use more or less if they are told to (regulations and laws), but not if they can help it. The economics of irrigation, water rights and markets are complicated, but it’s important to keep a few things straight:

The bottom line
It is not easy to save agricultural water for use elsewhere, but it can be done. Farmers need to have strong property rights in their consumptive use, reduce that use by the amount that’s sold to others (typically by fallowing land, changing their crop mix or reducing evaporation), and be paid a price that reflects their lost revenues or additional equipment costs. Markets for water will work if the proper incentives are in place, the impacts of trades on others are minimized, and it’s easy for buyers and sellers to exchange cash for water. WC

David Zetland is a senior water economist at Wageningen University in the Netherlands. He blogs at aguanomics.com.

In The End of Abundance, economist David Zetland describes the impact of scarcity on our many water uses, how the institutions of abundance fail in scarcity, and how economic ideas and tools can help us direct water to its highest and best use. Written for non-academic readers, this book provides examples, insights and ideas to anyone interested in the management of our most precious resource.

What is your biggest concern regarding the economics of water? Send your answer to kerry (at) watercanada (dot) net, DM @CanadianWater on Twitter, or comment below and be entered to win a digital copy of The End of Abundance. Contest closes on Friday, October 21.