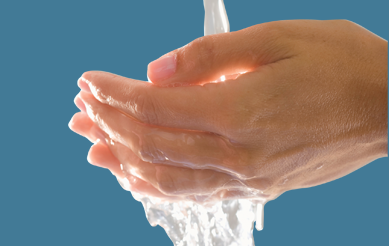 What’s our water worth? It’s a big question. Depending on whom you ask, the answer might not be able to be quantified in dollars. Even if you’re talking to economists, valuing water is a challenging proposition. But that hasn’t stopped one team from tackling the question.

To find the answer, economists Steven Renzetti and Diane P. Dupont, along with journalist Chris Wood, revisited McMaster University economist Andrew Muller’s 1985 study on water’s socioeconomic value to the country. Released this November, Running Through Our Fingers: How Canada Fails to Capture the Full Value of its Top Asset is the result, and the first in a series of reports commissioned by the Blue Economy Initiative.

Supported by the Walter and Duncan Gordon Foundation, the Canadian Water Network and RBC’s Blue Water Project, the initiative aims is to provide information to Canadians and key decision-makers about the economic benefits of protecting Canada’s fresh water, and the economic risks of neglecting the health of our watersheds.

Water Canada: It’s been 25 years since Muller’s study. Why did you decide to revisit it?

Steven Renzetti: At first, it was pure academic curiosity. We were curious to review what we’ve learned since the initial report and how that might have changed the numbers.

Did you replicate the study using  the same data? What did you anticipate would change?

When Muller did his study, he looked at the major water using sectors in Canada and what kind of empirical data were available, indicating where he thought data was limited. For that reason, he deliberately omitted areas such as the value of ecosystem services. We followed Muller’s organization so our numbers could compare to his. Based on this data, we anticipated that the number would increase.

But that’s not quite what you found. Muller estimated between $7.5 and $23 billion (equivalent to $15 to $44 billion in 2011 dollars), while your report suggests that water is responsible for a contribution of between $7.8 and $22.9 billion.  The numbers are similar to Muller’s, but about half the value when compared in 2011 dollars. Does  that suggest that water’s value to  our economy has decreased?

It’s very unlikely. What’s clear, however, is that the amount of information available to make such an estimate has changed very little. The point of the study wasn’t to demonstrate that water has become more valuable, it was to discover where the gaps are. We want to know about the benefits of using water, but also the costs of diminishing water availability.

Where are the gaps? In a perfect world, what kind of data would  be available?

Most importantly, we want to determine the value of water in situ, as it provides ecological goods and services, such as the value of wetlands for carbon sequestration. There are some isolated case studies that we mention in the report, but they’re not large or robust enough. We have limited information. That’s the first major omission. Secondly, there’s a lack of information about the value of water used in oil and gas extraction. Environment Canada has carried out detailed surveys of industrial water use that gives us a great amount of information, but we’re still missing oil and gas. The third area, and perhaps the most significant in terms of lack of a knowledge base, is associated with the loss benefits that arise from diminished water quality from pollutants or from misallocations that result from out-of-date systems.

We just don’t know what the value of water is in Canada today. That’s the biggest concern. We’re making decision on public capital and infrastructure and improving water quality, but we don’t have enough information to determine whether these decisions are sound. As usual, it’s a typical academic result in that we don’t know enough and we should.

To promote dialogue about how water contributes to the economy, people need to understand the wide range of ways from which we derive benefits from it. We need to have more experience and knowledge on measuring these values so we can incorporate them into decision making and protect the resource. Another worry is that we’re falling behind. When you look at places such as the European Union and China, they have large research programs aimed at informing decision makers about biodiversity and ecosystems. Here, we have lots of scientists worrying about the chemical and physical natures of water, but we don’t know about its economical nature. It means we’re not going to make good decisions.  WC

For the complete study and news about the Blue Economy Initiative, visit  the website.