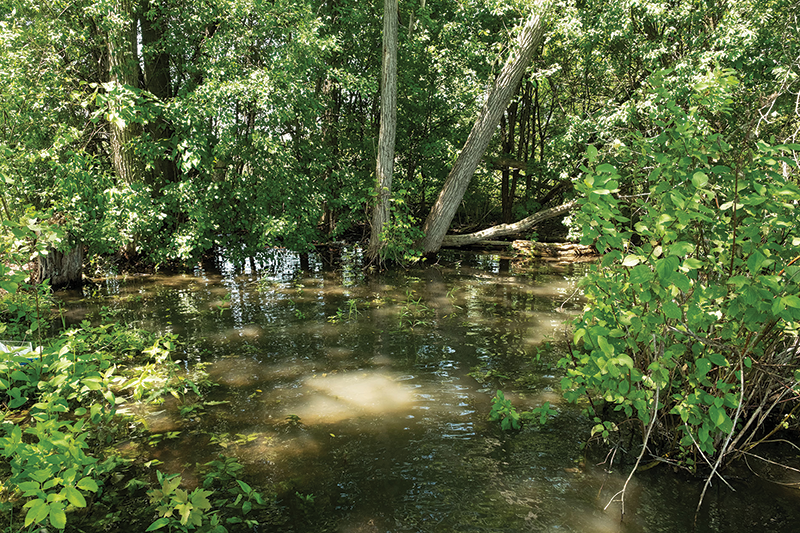 The disconnect between global environmental concerns and impacts felt at a local scale can be difficult to bridge.

This report, while attributing the global risk to a wide range of human factors, identified five of the most crucial drivers of environmental change. These drivers include changes in habitat and land use, exploitation, the global climate emergency, pollution, and the introduction of invasive species.

While garnering a great deal of international media attention, this report and others like it warning of dire global consequences are plagued by their enormity. This is especially true in a country like Canada, where a large proportion of the population lives in urban areas, insulated from the already occurring effects of environmental change. The challenge which faces a call-to-action of this magnitude is in making it personal.

However, global changes are often reflected in local concerns, and these global threats have not gone unnoticed to those living along the St. Lawrence River.

The St. Lawrence River is a mesocosm for global influence driving local change. It is a pivotal link in global economic trade, connecting North America’s commercial heartland in the Great Lakes Basin, with ports throughout the world, while also providing important freshwater habitat, stimulating the local economy through recreational activities and serving as a drinking water source for more than 2.5 million people.

Additionally, as it drains the Great Lakes, many of the environmental and ecological challenges faced by residents along the St. Lawrence are dictated by what happens upstream.

Bridging the gap between global and local issues

The River Institute, a non-profit research institute based in Cornwall, Ontario, in partnership with the Mohawk Council of Akwesasne and the Great River Network—a network of 43 community voices that support the health of the river—is in the process of developing the Great River Rapport.

The rapport moves beyond the traditional ecosystem health report card approach by providing a platform for presenting a collective community understanding of the river, through science and community dialogue. It draws inspiration from the Haudenosaunee Words Before All Else, which recognizes the interconnectedness of humans and the physical, biological, and spiritual environment to the river.

By pairing western science with Indigenous knowledge and community stories, the rapport discusses the impacts and opportunities facing the river both on a small and large scale.

Read the full article, which was written by Mark MacDougall from the River Institute, in the November/December 2019 issue of Water Canada.