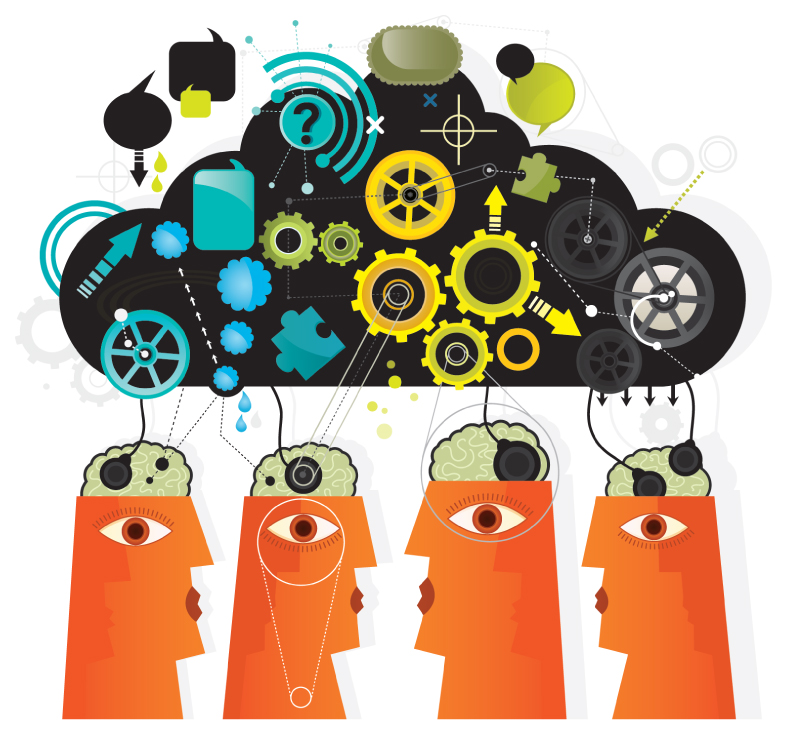 Looking at a map of Canada’s many lakes and rivers may give the impression of a secure water future, but it’s a false sense of security. What the map doesn’t show: dropping water levels in the Great Lakes, cities in the dry west facing regular water shortages, and a Lake Winnipeg clogged with algae. While addressing these threats, government workers responsible for protecting water find it increasingly difficult to jump the hurdles of jurisdictional fragmentation, broken relationships, data gaps, and unclear responsibilities.

European Union’s Water Framework Directive
Other regions of the world, particularly the European Union (EU), are working to solve these intergovernmental challenges. Since 2000, the EU has applied a collaborative approach that facilitates action across political and cultural borders by investing in science, knowledge sharing, and a common operational approach to water management. The approach is driven by the EU Water Framework Directive (WFD). The ambitious goal of this policy is to improve the quality of the water environment across the EU and establish common standards and practices that safeguard its quantity and quality for the future. Specific measurable targets require all lakes and rivers to be of good chemical and ecological status by 2015—and there are enforceable consequences for not meeting these goals.

Canada vs. EU
Through collaboration, the WFD has improved water management across EU member states in five primary ways, in stark contrast to developments in Canadian national water policy.

1. Transboundary cooperation
The WFD dictates that management occur at a watershed scale, requiring that countries sharing jurisdiction of a river work together to identify River Basin Districts and develop river basin management plans. Canada has few mechanisms for transboundary cooperation and they are not being used effectively. The International Joint Commission (IJC), for instance, has been increasingly hindered by cuts to capacity and restrictions on its ability to scientifically assess and publicly report on progress.

2. Effective working relationships
The WFD facilitates improved communication and partnerships between member countries through means such as working groups that are composed of international delegates. These groups encourage the open exchange of information and generate joint research initiatives across countries. When asked about collaboration in the EU, Bob Harris of the University of Sheffield in the United Kingdom emphasized that effective water management is dependent on strong relationships: “[Implementation] takes a lot of trust being built up which can only happen through people talking together and getting to know each other. Social networks are absolutely critical here.”

In Canada, relationship-building between federal and provincial and territorial governments is not generally a priority, severely impeding coordination, cost-sharing and the ability to acquire and exchange reliable data across provinces and territories.

3. Capacity in water protection
Working groups and joint research initiatives between member states in the EU have resulted in a leveling of capabilities. Through access to knowledge resources, countries lagging behind others are given the chance to catch up to the leaders. Knowledge transfer between Canadian jurisdictions depends largely on ad hoc circumstances, hindering the ability of water resource managers to become aware of innovative programs and policies adopted by other jurisdictions.

4. Understanding of water resources
The WFD is a results-based policy that has triggered significant data collection and reporting efforts by individual member states supported by online platforms such as the Water Information System for Europe (WISE). This effort enhances understanding of the state of water resources across Europe, provides insight into local issues and promotes a common valuation of data.

The Commissioner of the Environment and Sustainable Development has found that Canada is not adequately monitoring its water quality or quantity. Where monitoring programs do exist, they are often short lived and often do not allow for cross comparison between jurisdictions. Ted Yuzyk of the IJC explained why this is a problem for Canada: “If you don’t understand [the resource], sooner or later, you’re going to get pushed into issues that, if you don’t have that information [you won’t be able to resolve]. It’s just astounding [that the information required is not there] and yet, you are making decisions.”

5. Efficiency in water management
EU member states have largely been able to achieve economies of scale by collecting and analyzing environmental quality data centrally, and developing common solutions, thus preventing “reinventing the wheel.” In Canada, jurisdictional fragmentation and department silos increase the risk of duplicating efforts and wasting resources. For instance, whereas Europe has union-wide pollution and drinking water standards, each of Canada’s provinces and territories develop their own set of drinking water guidelines.

Enabling factors
The European Union’s drive to the top is supported by strong cooperative mechanisms in water management developed through an institutional context for environmental governance with creative mechanisms to implement the WFD.

First, there is a strong legal basis for higher management standards in the EU. The Single European Act established environmental management as one of the formal policy goals of continental integration and gave governments a legal base to improve environmental governance. Member states are required to transpose EU policies into their own national legislation thereby strengthening environmental policies in individual countries. Carleton University professor Dr. Inger Weibust notes this is not the case in Canada. “Whereas the European Union has been able to advance an ambitious environmental policy program, Canada’s interprovincial efforts have yielded modest results,” he says.

Second, well before the WFD, the Amsterdam Treaty established persuasive financial penalties for member states that do not comply with EU policy—fines have been as high as €58 million ($78 million) for non-compliance with fisheries regulations. In Canada, jurisdictions may default on inter-governmental agreements without significant penalty, and have little incentive to enforce their own legislation. Where provinces have agreements with the federal government to enforce national standards, the Canadian government has chosen not to audit provincial enforcement.

Third, the WFD is supported by creative implementation mechanisms. The Common Implementation Strategy is an innovative, structured platform that facilitates cooperative working arrangements between the European Government and its member states. It provides opportunities for regular meetings, open debates and information exchange. In addition, the implementation of the WFD is financed in part by the full-cost recovery of water services, a more sustainable source of funding than grants from senior governments, as is common in Canada.

Innovative policy tools such as these could be key factors of effective modern water management in Canada, where governments will be reluctant to invest in programs that are too costly.

As we enter a period of unprecedented pressure on water resources, it is becoming clear that a failure to address the lack of intergovernmental cooperation in Canada may jeopardize the health of our economy, citizens, and environment. The federal government must work collaboratively with provincial and territorial governments to meet their constitutionally defined responsibilities for water in areas of transboundary waters, chemicals management, and aboriginal rights. As well, all governments must collaborate to recognize water’s essential role in sustaining life, the economy and the health of our ecosystems. Learning from other countries, such as the EU, can help Canada identify the benefits of collaborative water governance.  WC

Nancy Goucher is the program manager for the Forum for Leadership on Water.

Émilie Lagacé, Gordon Water Policy Fellow, is the author of Shared Water, One Framework: What Canada can Learn from EU Water Governance.