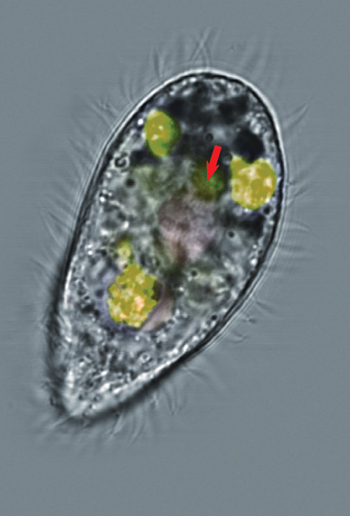 In our rush to use new technologies in the improvement of man-made materials or to clean up the environment, sometimes we forget to consider or study possible environmental and health implications. Recent studies and reports have shown this to be the case with certain carbon nanotechnologies and their effects on the organisms we use to clean up wastewater.

Researchers at the University of South Australia are looking at using nanotechnology in the treatment of wastewater. Their solar nano-photocatalytic wastewater treatment process can replace the normal, but less effective chlorination disinfection step to disinfect wastewater and, at the same time, remove organic compounds making the wastewater suitable as a water resource for agriculture and aquaculture.

If successful, their process could have far-reaching implications for wastewater remediation around the world-but what happens when these nanotubes escape into the ecosystem? Will they have an adverse effect on aquatic life or the proper functioning of our water treatment processes?

What about the nanotechnology used in manufactured goods? What is their ultimate effect on the environment and food chain? Nanosilver, for example, is a bactericide which slows the formation of odour-causing bacteria in socks, shirts and underwear, but it has been proven too effective. It kills twice the number of bacteria than chlorine bleach does.

The textile industry is also developing a new material spun from carbon nanotubes. Carbon nanotubes are cylindrical carbon molecules with novel characteristics that make them potentially useful in many applications in electronics, optics and other fields of material science. They exhibit extraordinary strength and unique electrical properties, and they are efficient conductors of heat. Instead of applying expensive dyes, this fabric’s thread diameter determines its colour by refraction, potentially saving millions of dollars for the clothing industry.

The number of patents filed on nanomaterials worldwide reached 1,600 in 2006 and that growth has continued exponentially. According to the Project on Emerging Nanotechnologies in Washington, D.C., as a partnership between the Woodrow Wilson International Center for Scholars and the Pew Charitable Trusts, there are at least 600 products on the global market that claim to contain one or more nanomaterials as key ingredients.

Engineers are using nanoparticles in the production of a variety of products including sunscreens, cleaning products, anti-odour treatments for clothes, cosmetics, smart plastics, ceramics, anti-fog and self-cleaning glass, composites, carbon-fibre-based textiles and other products, but little is known about the downstream effects of these particles on the food chain.

Initial research into the toxicity of carbon nanotubes has focused on direct human health risks and researchers are beginning to look at their impact on natural ecosystems. The ciliated protozoan Tetrahymena thermophila has been widely studied by ecotoxicologists because of its role in the regulation of microbial populations through the ingestion and digestion of harmful bacteria, and because it’s an important organism in wastewater treatment and an indicator of sewage effluent quality.

Research and a subsequent paper published co-operatively by the departments of chemistry and biology at the University of Waterloo in 2008 shows that single-walled carbon nanotubes (SWNT) are internalized by T. thermophilia — that may allow the nanotubes to move up the food chain.

The study, entitled the “Impact of carbon nanotubes on the ingestion and digestion of bacteria by ciliated protozoa,” by Xiaowu (Shirley) Tang and her team showed that the internalization also causes the protozoa to emit a mucous-like material and stick together, impeding their ability to ingest and digest their prey bacteria species.

In addition, the Royal Commission on Environmental Pollution in the U.K. published a report in November 2008 entitled “Novel Materials in the Environment — the Case of Nanotechnology.” It states that products based on nanotechnology are coming to the market without being properly tested for their potentially adverse effects on living organisms. Most products are tested for their safety on a macro scale, but little is known of their effects on a nanoscale-measured in billionths of a metre.

The chairman of the commission, John Lawton, was quoted in the New Scientist as saying, “We have no means of detecting nanotubes in the environment right now and the rate of nanotechnology innovation now far outstrips our capacity to respond to the risks.”

Clearly, engineers must take a step back and moderate the adoption of nanotechnology applications in everything from water and wastewater treatment to manufactured goods until we can monitor the presence of nanoscale materials in the environment. We also have to accelerate our research into their effects at all levels of the food chain and our ecosystems. Yes, nanotechnology has the potential to improve our lives and our environment when used properly, but there also exists the very real possibility that these “improvements” might one day do more harm than good-leaving us with an even greater mess to clean up in the future.

Steven Rose, P.Eng., is the vice-chair of the Ontario Society of Professional Engineers and vice president and co-founder of Malroz Engineering Inc., a Kingston-based company of environmental engineers and scientists.