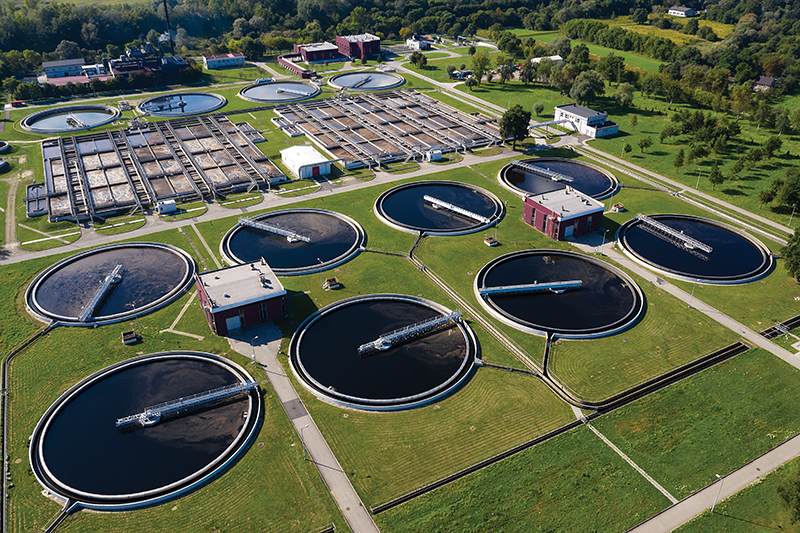 Throughout the last decade, the definition of ‘contaminants of emerging concern’ (CECs) has morphed into an open ended and ambiguous term.

Currently, any compound that is not currently monitored in the environment but might enter the environment and potentially cause an adverse effect to the ecosystem or human health can be considered a CEC.

The uncertain nature of the term reflects the emergent state of scientific research on the characteristics and classification of these contaminants that can include compounds such as pesticides, illicit drugs, synthetic and natural hormones, personal care products, antibiotic resistant bacteria and genes, and pharmaceuticals.

Thirty to 90 per cent of oral pharmaceuticals or their degradation products are estimated to be excreted in urine and faeces. There has been a large increase in the quantity of these drugs that enter our sewage systems since wastewater treatment plants (WWTP) were not designed to eliminate many of these compounds.

Aging populations and the desire to improve the quality of life worldwide will continue to increase the consumption of pharmaceuticals, and without suitable best available technologies, wastewater effluent will become the major pathway for CECs to enter our environment.

For example, the use of therapeutic drugs increased at an annual rate of 12 per cent in Canada between 1985 and 1992. Likewise, between 1998 and 2007 spending on prescription drugs used outside of hospitals grew from $8.0 billion to $19.0 billion. It is estimated that the global pharmaceutical market will exceed $1.5 trillion by 2023.

Research has shown that pharmaceuticals discharged from WWTPs are present in downstream freshwater sources that are relied upon for drinking water, irrigation, and fish habitats. In general, scientific research on CEC has characterized these contaminants as discrete chemicals.

However, the cumulative and synergistic impacts of these chemicals upon human and ecological health is overlooked and is not well understood. As a consequence, CEC scientific knowledge has not yet been translated to support the development of evidence-based decision-making tools, new wastewater technologies, and legal regulations that could protect freshwater sources, ecosystems, and human health, and be relied upon by municipalities operating WWTPs.

In 2018, the Canadian Water Network published a comprehensive pan-Canadian public awareness report affirming the regulatory gap and the WWT challenges facing federal and provincial governments. The report leaves open for further research the task of identifying and prioritizing CEC from the growing list that are “most significant health risks to receiving waters and environments.”

A report published by Pollution Probe in 2019 examined the sources, pathways, and impacts of pharmaceuticals in the Great Lakes. It identified that a gap existed in “ecotoxicology data on active pharmaceutical ingredients and mixtures.” It also highlighted the absence of federal and Ontario wastewater regulations on “the management of pharmaceutical pollutants.” The report recommended prioritizing research on “active pharmaceuticals” as well as site-specific monitoring of wastewaters at “pharmaceutical manufacturers” and healthcare institutions while also considering “pre-treating on site prior to release to WWT facility.”

This article is written by Kimberley Gilbride who is a professor with Ryerson Urban Water at Ryerson University. Read the full article in the May/June 2020 issue of Water Canada.